The election of Julius Bio as president is a vote against corruption and other issues that plagued Sierra Leone in the last decade. It's also a major victory for the people, says Abu-Bakarr Jalloh. 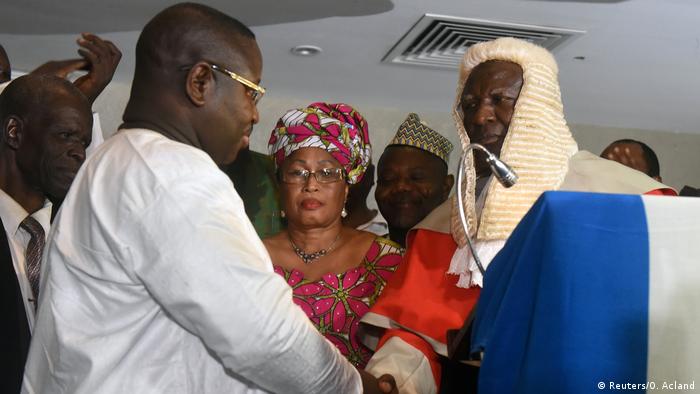 Sierra Leone is in a state of awe, a mixture of shock and jubilation. The strongholds of the All People's Congress (APC) party in the north and northwest are filled with tears, while the Sierra Leone People's Party (SLPP) zones in the south and southeast are reveling in their victory.

The SLPP is back in power again and it's their turn to eat. For a decade, the party's stalwarts watched APC politicians steal from the country's coffers. They felt bitter that they did not have control of the government. Well, now they do.

But if the SLPP thinks it's going to be business as usual, then they are getting it wrong. The people of Sierra Leone understand that you can be booted out if you fail to deliver on your promises.

In 2007, Sierra Leonean voters took power away from the SLPP, in a ballot box reaction to the highly corrupt government of President Ahmed Tejan Kabbah. SLPP politicians had been splashing around their ill-gotten wealth with brand new Toyota Prado jeeps and fancy houses. 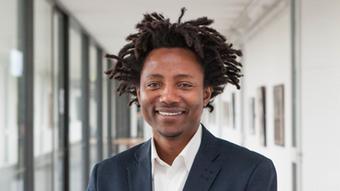 Abu-Bakarr Jalloh is an editor from Sierra Leone with DW's English for Africa service.

Their donor-funded government lavished what was meant for the people on expensive alcohol in nightclubs and diverted the contents of the nation's coffers to offshore bank accounts.

They turned a nation of smart and intelligent people into a bunch of hopeless beggars. The country's private sector economy was nearly non-existent. You needed to be connected to the party to have a job at one of the many Nigerian banks in the country.

So, when political newbie Ernest Bai Koroma entered the presidential race first in 2002 and again in 2007, Sierra Leoneans put their trust in him. He revived a political party deeply enshrouded in tribal politics, oppression and dictatorship.

Koroma came to power on the APC ticket, promising to fight corruption and turn the economy around. But ten years down the line, he'd done the exact opposite of what he had preached.

Most APC supporters rallied behind him because he was filling their pockets. Those who opposed him did not dare criticize him openly or they would have risked having their lines of cash flow cut off immediately.

Koroma never abandoned the old APC ways. He honed the old tricks of tribal politics by punishing SLPP opponents and rewarding APC stalwarts. He had himself elected party chairman for life and was reluctant to choose a successor.

A video of Koroma surfaced in which he was seen boasting that he could do whatever he wanted and no one would challenge him. In the end, he wasn't prepared to take on regional body ECOWAS as The Gambia's former dictator Yahya Jammeh did in 2017. He was forced to step down following an ECOWAS military intervention.

Koroma gave up his politics of "after mi na mi" —  his bid to amend the constitution to allow him to run for a third term. But before he left, he broke with APC tradition by handpicking his successor.

Political parties traditionally select their candidates at party conventions, but at a convention in the city of Makeni, Koroma just announced his pick and the rest of the party blindly accepted his choice, former Foreign Minister Samura Kamara.

In his bid to "turn Sierra Leone into a business" (Koroma's own words), he shifted the traditional alliance with Western powers to China. China poured money freely into his government in return for raw materials. Koroma provided China with iron ore and access to the sea without accounting for his actions.

Backed by huge amounts of Chinese yuan, Koroma threw a bone for the country to chew in the name of infrastructural development, while he and his band of thieves continued to steal. You have to hand it to him; he fixed the roads and put up new buildings. But all at a very high cost, leaving Sierra Leone with the highest debt in its history.

His government could not account for $14 million (€11.4 million) from the Ebola fund. This money was donated by private citizens to fight the outbreak of the deadly virus disease that began in 2014. Koroma's presidency was plagued by controversies, including his  decision to sack Vice President Samuel Sam-Sumana and his woeful response to  the August 2017 mudslide in Freetown.

But fooled by their 2012 overwhelming victory, the APC's money-mongering politicians had become addicted to thievery and forgotten the scrutiny of the people. This time round, APC members displayed their looted wealth with brand new Toyota Land Cruisers and expensive champagne. It's no surprise they lost the election.

The winner, a former junta leader, Brigadier (Ret.) General Julius Maada Bio, has surrounded himself with sycophants who stole from Sierra Leone in the previous government. Bio won not because he was the better candidate, but because Sierra Leoneans wanted change.

The country has never been this diverse politically, with four parties in parliament, all holding individual trump cards. It's the first time in the country's history that the ruling party does not hold an absolute majority in parliament.

Maada Bio may have won the election, but it's the ordinary people of Sierra Leone who deserve to celebrate the victory. If the SLPP thinks it's their turn again to eat, they really misunderstood the mood of the people. Voters have said "no" to corruption and the previous style of leadership. If Bio chooses to continue along that well trodden path, he will soon be gone and forgotten, just like his predecessor Ernest Bai Koroma.

The country's delayed presidential election runoff will go ahead on Saturday, the National Electoral Commission said in a statement. But there are concerns that events of the past few days may impact voter turnout. (26.03.2018)

A year ago, a 709-carat diamond was unearthed outside a remote village in eastern Sierra Leone. DW's Abu-Bakarr Jalloh reports on how little villagers there have benefited from the find. (13.03.2018)

A mudslide devastated the capital, Freetown, three weeks ago. Life is slowly returning to normal, but residents of the areas most affected are still coming to terms with what happened, as Olivia Acland reports. (05.09.2017)