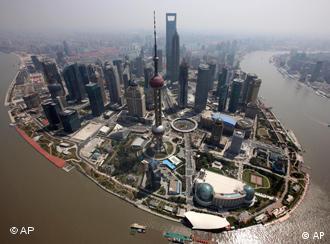 Shanghai city is the venue for the World Expo 2010

The Expo 2010 puts the city of Shanghai squarely in the international limelight. This highlights the fact that Shanghai has become an international metropolis alongside New York, Paris, London and Tokyo in the twenty years since the establishment of the city's Special Economic Zone Pudong in 1990.

Since then, most of the exciting changes arguably happened on the eastern shore of the Huangpu river, but there is a building in old Shanghai that is still a landmark: the Shanghai Mansion. Built in the 1930s and 40s and located in the centre of Shanghai, not far from the famous Bund area, it stands out for its peculiar architecture. When I saw Shanghai Mansion for the first time in the 1980s, it clearly differed from the colonial-style buildings of the Bund and the prevalent socialist-realist architecture of that time. And, surprisingly, the Shanghai Mansion immediately recalled images of the 1927 science fiction film ”Metropolis” by Fritz Lang.

It is a mere coincidence that the reconstructed version of the film "Metropolis" has been launched in the same year as the Shanghai Expo. But this coincidence is intriguing, considering the messages conveyed by the film. "Metropolis" portrays a 1927 science fiction vision of a modern city, with sky-scrapers and multi-lane, multi-level highways. Fritz Lang also envisaged the absence of pedestrians on the streets and notorious traffic jams. In addition, the film is highly critical of the underlying social structure of the city it portrays. While the rich and famous enjoy the luxury of the city above the ground (“Oberstadt”), the whole system is driven by workers underground (“Unterstadt”) whose work is dictated by the rhythm of huge machines. The life of many workers is sacrificed in order to keep the city above ground running. 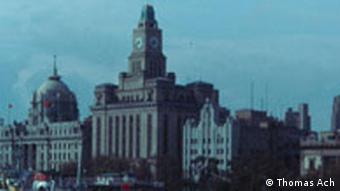 The degree to which China's large cities like Shanghai and Guangzhou have in fact developed into copies of the city envisioned in the film "Metropolis" is striking, if not shocking. The first raised highway crossing Guangzhou was already constructed in the 1980s. Today, multi-lane and multi-level highways have become an important aspect of urban transport infrastructure in many major Chinese cities, not least Shanghai. China's automobile market is by now the largest globally.

While Chinese visitors to Western countries in the 1980s were astonished to experience cities with more cars than people on the streets, that's a common experience today in China's large cities - just like traffic jams. Also, Chinese cities and especially Shanghai are places featuring many sky-scrapers and examples of daunting and futuristic architecture, like the Pudong skyline.

At the same time, China has been labeled the "factory of the world" in recent years, referring to its unprecedented role in global production and trade. The concentration on a labour-intensive, export processing-oriented mode of production is generally deemed to be the core of the Chinese economic success story. 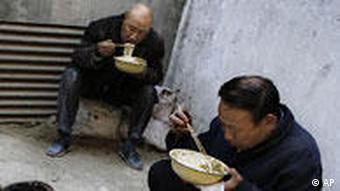 Workers eat lunch near a construction site in Beijing.

And the not-so-secret secret behind this success story has been – amongst other factors – the millions of migrant workers who are willing to work hard and long for low wages. They move to places temporarily, living under rather simple conditions in special compounds for factory workers. These migrant labourers generally do not enjoy the rights of permanent citizens and are not supposed to stay once they lose their jobs. Though they do not live or work underground, a resemblance to the workers portrayed in "Metropolis" easily comes to mind.

China's role as "factory of the world" has contributed greatly to global consumerism and wealth, and to the spectacular development of Chinese cities into metropolis – but will this be sustainable in the future? In Lang's fiction film, the system collapses due to protests from the workers, an insightful, emphatic young representative of the wealthy establishment, and a love story.

In China, the awareness of the social problems associated with the incumbent growth model and the ”factory of the world” has clearly grown, both among the migrant workers and the political decision-makers. While the former have become less willing to accept low wages and demand citizen rights, the latter are searching for a new growth model, social security schemes and an extension of citizen rights to migrants in order to secure social stability without compromising economic success and the living standards of the incumbent economic and political elite.

Against this background the central slogan of the Shanghai Expo 2010 becomes important: "Better City, Better Life". The literal translation of the Chinese slogan is "city, let life become more beautiful".

World exhibitions traditionally expose the artistic and technological frontiers of architecture, both by the extravagant exteriors of exhibition pavilions and by exhibitions within the pavilions showing latest developments in different countries. By all accounts, the Shanghai Expo is expected to top past Expos in terms of number of participating countries – especially developing countries – as well as in terms of the extravagance of many pavilions. With an expected 70 million visitors it could also top the number of visitors ever seen at a world exhibition.

The Expo is a global event, not only representing China. Still the motto seems to especially address the challenges posed by China's metropolis. Will the exhibition live up to the expectation of the motto? 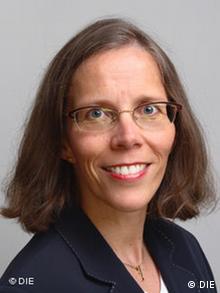 Or will we just see another futuristic view of cities, the beautiful part, blinding out the ”underground” workforce and machinery that may be needed to keep the wealthy and shiny part running?

Will it address the fundamental challenges related to the growth model of industrialisation that China has so successfully employed for its own economic development? Will the Shanghai Expo 2010 provide any suggestions for solving the pressing social problems of today's China? Will anyone mention the fact that in order to build the Expo at its current site, a huge number of citizens had to be moved from their traditional place of living?

It would be a nice gesture if those displaced citizens would be honoured as special guests to the Expo. It would be even nicer to imagine that Shanghai's migrant workers will find the spare time and money to visit the Expo and get a glimpse of a future metropolis – one that features fewer social division.

This column reflects the opinion of the author.

A Massive Show in Times of Crisis: Expo 2010 in Shanghai

With the World Expo 2010 only days away, it's time to reflect on the only expo ever to be held in Germany 10 years ago. But fewer visitors came than expected and the EXPO 2000's legacy has also proved disappointing. (28.04.2010)