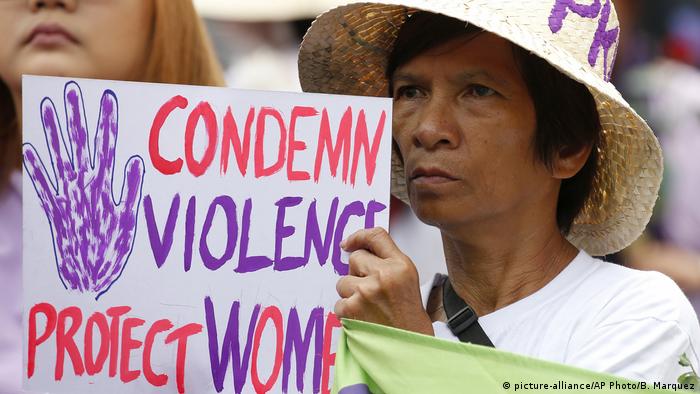 As if we needed more proof that Philippine President Rodrigo Duterte does not know what he's doing, he's signed a law creating "safe streets and public spaces" by penalizing acts of sexual harassment on the streets, online work places and educational institutions. Under the law, sexual harassment includes among other things: wolf-whistling, catcalling, and misogynistic, transphobic, homophobic and sexist slurs.

Duterte has earned himself a reputation as a sexual predator with his admissions of having sexually molested his domestic worker as a teen or kissing a female migrant worker in South Korea. He even made US President Donald Trump's "grab ‘em by the pussy" remark seem like the work of a kindergartener when he told Filipino soldiers to shoot female rebels in the vagina to render them useless. Another time he told soldiers that they could rape up to three Muslim women and he would pardon them.

The list of public acts of sexual harassment committed by Duterte is long. Signing a law that he violates on a continuous basis is another indication that Duterte sees himself as above the law. It's problematic because as the Gabriela Women's Party, a political party championing women's rights, pointed out on Twitter, the law will be challenging to implement given that Duterte is "the chief propagator of a culture that degrades and objectifies women." 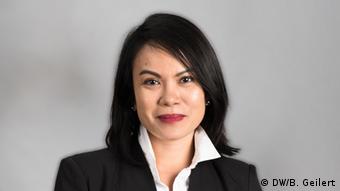 Presidential spokesperson Salvador Panelo defended the president against critics, who point out that Duterte stands as the primary offender when it comes to sexual harassment, saying that Duterte is only joking when he says such things. Panelo's assurance that the president would be the first to obey the law is a hollow one considering that Panelo is cut from the same sexual harasser cloth as Duterte. A few years ago, Panelo "joked" to two female journalists that he "f*cked like an 18-year old." I know because I was one of the journalists.

To be clear, signing this law does not absolve Duterte from the litany of sexual insults he has hurled at women in the past.

In fact, the reason he even signed the law is questionable. Senator Risa Hontiveros, one of the principal authors of the law, had earlier confirmed that the bill passed into law on April 19 when Duterte failed to sign it within the prescribed period.

It's likely that the upcoming State of the Nation Address on Monday and the administration's mostly blank report card has sent Duterte into a panic. Since he assumed the presidency, Duterte's reported centerpiece "achievement" has always been the war on drugs, but the recent United Nations vote calling for an investigation into the drug war has shifted the spotlight to what the campaign really is: a massacre of the poor.

Duterte does not get to claim the passage of an anti-sexual harassment bill as an achievement of his administration. Credit for that goes to the women and LGBT groups who lobbied for the passage of this law. Duterte is desperate to find indicators of progress and development in the Philippines. That's what happens when you're put in a position of power but don't really know what you're doing.

Chinese rocket debris set to crash back to Earth soon, US military says 3h ago

Opinion: Trump's Facebook ban could have global impact 1h ago