John Hulsman thinks Obama in his West Point speech should have been more honest with the American people about limits of power in the new multilateral world. 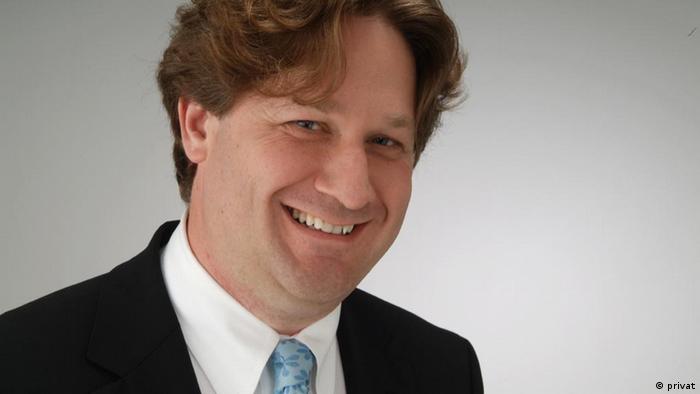 As part of his never-ending cycle of rhetorical diminishing returns, Barack Obama gave a broad-ranging speech defending his administration's foreign policy at the West Point commencement yesterday - only to have it disappear without trace. The reason that no one listened is predictably that the President made obviously erroneous claims about how the world worked, while (frustratingly) knowing better all the while.

More than anything else, it is over this basic test of candor - of the ability to relate hard truths - that the President falls short again and again. Without this magical, transcendent quality, Barack Obama is doomed to be just another forgotten president. The pity of it is that given his superlative intellect, he does know what's truly going on; tragically he is unwilling to relate it to his anxious countrymen.

The point of the whole West Point exercise was to defend Obama's foreign policy from growing (and incorrect) charges that he has weakened US influence around the globe, to directly take on primarily hawkish critics who charge him with creating a leadership vacuum, which has allegedly been filled by such dubious characters as Vladimir Putin of Russia and Xi Jinping of China.

I can truly understand the President's frustration in having to defend himself from foreign policy elites from both parties - Wilsonians from the Democratic Party and Neoconservatives from the GOP - who are too gormless to even notice that America (and its president) no longer operate in the generous environment of a unilateral world, or even have the leeway that the bipolar Cold War era gave them.

To defend one's self from people comfortably deluding themselves that America can still do pretty much as it wants to in foreign affairs - when the facts speak otherwise - is enough to ruin anyone's day. However, devastatingly, Obama chose to defend himself as though those bygone worlds still existed, and as if he had mastered them, rather than attacking dead-on the catastrophic majority assumption of foreign policy elites in both parties that America remains the only game in town.

Instead, we had an example that belongs in some parallel universe, the notion that by skillfully assembling a global coalition, the White House had succeeded in definitively isolating Putin's Russia over its annexation of Crimea, and that such ostracism amounted to a great victory, underlining the subtle brilliance of Obama's foreign policy.

Why did no one bother to tell the President about the huge gas deal the supposedly ostracized Putin signed with China? In the face of all logic, Obama made the case that Putin's destabilization of Ukraine amounted to a Western victory. In reality, Putin's adventurism in Ukraine almost perfectly spells out the limits of American power in the new era. 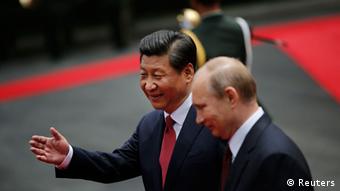 First, Putin has gotten what he wanted: for Ukraine to stay within the Russian sphere of influence. Newly elected President Poroshenko has made it crystal clear that his government has no desire to join either NATO or the EU even in the medium-term, which probably amounts to the Kremlin's red line. Having a weak, divided, impoverished Kyiv at his doorstep, unable to formally join the West, has been the Russian president's goal all along.

Second, assembling an international coalition unwilling or unable to do much more than shake their finger at Putin points out the limits of both American power and Western coalitions in the new era. As long as Germany - with 300,000 jobs directly tied to trade with Russia - is unwilling to inflict significant economic pain on itself to teach the Russian president a lesson, serious sanctions are not on the cards - meaning Putin has gotten away with it. To claim this as a triumph is to definitively misplace the link between rhetoric and reality - not a good sign that all is well.

Third, and most alarming for American elites, the American people are correctly sanguine about this unsettling state of affairs. While not caring much for Putin's thuggery, an April 2014 Pew Research Survey found that only 31 percent of Americans say that the Ukrainian crisis is at a level of primary American national interest. While regrettable, America is simply not in a position to right all the world's wrongs, especially when Americans' main interests are not involved. So the President's pep-rally phrase from the address, that "America must always lead," is looking more threadbare by the minute.

And now we come to the heart of the matter. If only the elitist president had it within himself to level with the American people, I suspect he would be pleasantly surprised. For a curious political feature of the opening years of the new multi-polar era has been the canyon in perception that has opened between average Americans (well aware what the calamities of Iraq and Lehman Brothers have done to the country) and a dimwitted foreign policy establishment, still incredibly believing the US can pretty much do as it chooses to in the world.

As a startling Pew poll from autumn of 2013 made clear, a majority of 52 to 38 percent of Americans agreed that the US should mind its own business internationally - it's the first time since 1964 that more than half of the country has held such a non-interventionist view. It is hard to run an expansive foreign policy on a budget, with a majority of the country opposed to this prospect, having been so badly burned over both Iraq and the Great Recession. Obama knows this, and to his credit has acted on this knowledge, crafting a cautious, responsible, foreign policy basing the overarching goal of his foreign policy on the tenet, "Don't do stupid stuff." Hardly heroic, but entirely in tune with times in which we live.

The president's West Point speech never came close to addressing this central, uncomfortable, new intellectual truth. Failure to do so is dangerously holding back effective American foreign policy-making. It is up to the president, aware of the new world we live in, to tell the rest of us that the verities of yesterday are not an effective guide for tomorrow. Until he does, no one will listen.

John C. Hulsman is president of John C. Hulsman Enterprises, a global political risk consulting firm and a life member of the Council on Foreign Relations.

Nearly 10,000 US troops will remain in Afghanistan after the US ends its combat mission there at the end of this year. President Barack Obama says those that remain will be gradually scaled back over the next two years. (27.05.2014)

Why pushing for tough sanctions is easy for Washington

When it comes to sanctions against Russia, the US and the EU come from very different places. Two data sets help explain why it’s much easier for Washington to push for economic measures than for Europe. (21.05.2014)