Opinion: Lehman — why we need a change of mindset

Economist Thomas Straubhaar reflects on what we've learned a decade after the Lehman Brothers crash. His biggest lament is that the economic theories we so badly wanted to be true ultimately proved so fallible. 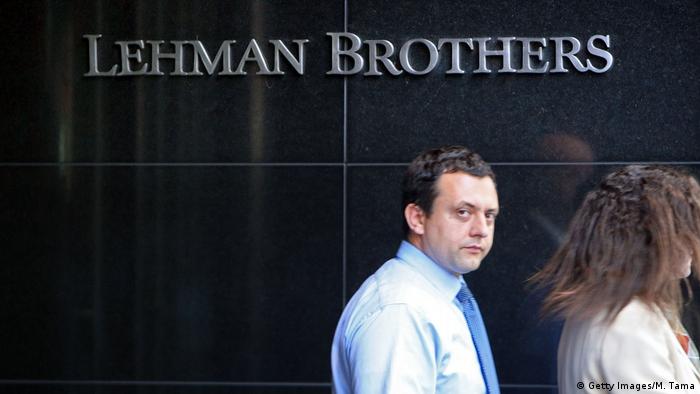 I remember September 15, 2008, as if it were yesterday. It was a Monday. Over the weekend, then US Treasury Secretary Henry Paulson, Federal Reserve Chairman Ben Bernanke and Wall Street leaders had desperately sought a buyer for the Lehman Brothers bank, which was nearing collapse.

Their efforts were in vain and Lehman soon filed for bankruptcy; all that remained were its debts of $600 billion (€514 billion). Some 25,000 Lehman employees lost their jobs and millions of people lost large parts of their assets as stock prices plummeted worldwide.

As if a short circuit had caused a total power failure, the global economy dipped into the deepest recession in its post-war history. Worldwide production fell by more than 2 percent and global trade dropped by over 10 percent. Only thanks to the nationalization of banks, the socialization of private losses and central banks' money presses was it possible to prevent a worse situation.

That's why September 15, 2008, remains an indelible memory, because it brutally destroyed the economic theories that I had had no doubts about before. 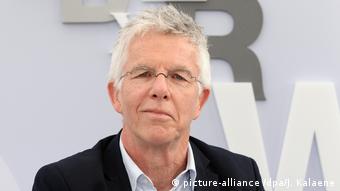 During my studies at the University of Bern, I had the privilege of being trained by Jürg Niehans, Karl Brunner and Ernst Baltensperger, three of the brightest and best monetary theorists of their time. They convinced me of the principles of monetarism, which state that faster growth in the money supply than in the volume of goods must lead to a corresponding rise in prices because goods become scarcer and thus more expensive.

But although the world's central banks flooded the financial markets with cash there was and still is no inflation, despite this mass of money that has increased in size more than the amount of goods. On the other hand, the prices for assets such as equities and real estate — and thus also rents — are rising, which makes the everyday lives of the less wealthy considerably more expensive.

This in turn leads to a heated discussion on how exactly inflation should be measured. Are approaches that incorporate a potential increase in the value of more expensive goods the way to go, or should one just look at core inflation and try to filter out the price fluctuations of seasonal products and commodities? Or is it about asset prices that reflect rising stock market prices or house prices? Here, too, the financial crisis has raised further questions that still need to be answered.

As if the end of monetarism was not enough, I had to say goodbye to a second economic theory on September 15, 2008.

Previously, I had been convinced that efficiency was the rule of markets and failure was the big exception. The deregulation of the financial markets at the turn of the century was based on this "efficiency market hypothesis." Stock prices would reflect all available information rationally and correctly. New information always led to an immediate adjustment. The financial crisis unmasked this hypothesis as a theoretical gimmick with no empirical content.

Read more: Lehman Brothers: Looking back at the basics

Expectations about the expectations of all other actors had driven behavior in financial markets. The result was a tendency toward herd-like behavior and self-fulfilling prophecies: Market actors expect rising prices, attracting speculators who, in turn, bet on rising prices, which actually increase prices and provoke new speculation.

In reality, though, this financial ride comes to an abrupt end when individual investors cash in, others lose confidence in further price increases and panicked sales burst the bubble.

The financial market crisis has revealed how much the self-interest and egoism of bank managers, stockbrokers, rating agencies and financial institutions have led to macroeconomic distortions.

High-frequency trading algorithms do not care about reality. All they're interested in is the stock quotes they calculated a nanosecond earlier. Thus, detached from macroeconomic fundamentals, speculators are driving the goods, labor and capital markets like a toy. Instead of lubricating the economy and ensuring that transactions run smoothly, the financial markets are fanning small flames into global wildfires.

Read more: Ten years after the financial crisis  what have we learned?

William White, the former chief economist of the Bank for International Settlements, is not the only one who believes that policymakers and economists have learned little or nothing from the Lehman bankruptcy over the past decade and that an even bigger crash could be possible. There are many indications that the situation today is not really more stable or crisis-proof than it was 10 years ago.

Economists still use obsolete ideologies far too often to understand and explain new realities. Momentum, self-interest and false convictions still threaten and complicate a mutually effective interaction of financial markets and the real economy. The recent economic turnaround has scarcely brought a change of mindset, either in business or in economics.