In the past, they wore olive-green uniforms and used military might to gain power. Today, they are "elected," as true democracies helplessly look on, writes Johan Ramirez. 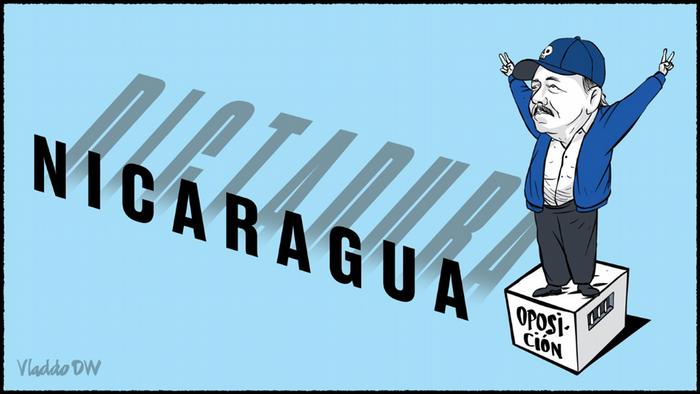 It's easy to win elections if most contenders are in prison

Latin American dictators have learned to adapt. They've realized that they must renew and transform themselves and, above all, do without army revolts if they want to survive in the 21st century. That is why the tyrants who now rule the poorest countries in the region no longer wear military olive garb. They no longer seize power-wielding rifles as they did in decades past.

Since the turn of the millennium, they have resorted to democratic mechanisms to establish their modern totalitarian regimes — and they have done so openly. They have mainly resorted to three methods: elections, international bodies and regulated procedures. By manipulating these mechanisms at their own discretion, they have become strong without facing any significant resistance.

Nicaragua is a good example. On January 9, the newly elected National Assembly began its work; a day later, dictator Daniel Ortega was sworn in for yet another five-year term as president. But unlike the traditional dictatorships that spread terror across Central America in the 1970s and 1980s, Ortega can point at the results of national polls.

Of course, the elections were a sham, but the November poll produced the result the dictator wanted due to his oppressive tactics. In the lead up the controversial elections, Daniel Ortega used state institutions to purge the electoral lists and remove from the race those who would have taken the power from him in a true democracy. He used the judiciary to jail his political opponents, prosecute inconvenient journalists, and ban civil society organizations that denounced his transgressions.

He used the right to vote guaranteed in the constitution to create a parliament that suited him and to get confirmed for another term.

Ortega is living proof that it is possible to become a dictator without a coup d'état.

It is not enough, however, to manipulate just the domestic system. Present-day autocrats have learned to use international organizations for their own purposes. Venezuela under Hugo Chavez had already proven that, as long as it has the money, it can buy support at summit meetings in order to block international opponents. After all, many small Caribbean islands need someone to help build a road, a hospital or a power plant.

Chavez always presented himself as a humanist who showed solidarity, but in return, he made sure that the respective countries, along with a few allies that share his ideology, stood firmly by his side.

Time and again, they vetoed resolutions that would otherwise have prevented the consolidation of his absolute power and with it the transformation of the former oil power into an empire of misery.

Contemporary dictatorships added a third element, that of regulated procedures, including, for instance, due process in investigations relating to allegations of arbitrary arrests, targeted disappearances, and extrajudicial executions among the security forces.

It is no one's fault that such investigations can take a lifetime — it's just that due process can mean anything under a dictatorship.

The victims continue to be victimized, but the investigations do not yield results. For appearances' sake, such modern dictators establish human rights bodies, appoint ombudspersons, they even cooperate with the International Criminal Court in The Hague, all the while protecting the torturers, mocking the dead, and filling their secret prisons with political prisoners.

Genuine democracies show themselves as naïve; they keep giving the despots new opportunities. They organize observation missions and contact groups — as if murderers in any way respected and appreciated sincerity.

The manipulation of democracy has allowed dictators to survive. Fidel Castro died of old age, Hugo Chavez died of cancer, Raul Castro simply retired, and Nicolas Maduro puts on weight as he sits in the Venezuelan presidential palace.

Daniel Ortega has put down roots in Nicaragua, and with no intention of ever relinquishing power. Ortega no longer needs to storm government buildings or bring in tanks. He uses what dictators who once overthrew revolutionaries like him once feared: elections.

The new dictators wear ties and attend international conferences and summits as a matter of course, in the comfortable certainty that (thanks to democracy!) they will get away with it forever.

US President Joe Biden barred Nicaraguan President Daniel Ortega and other officials from entering the US. The move comes after a widely condemned presidential election on November 7.

Microsoft to buy Call of Duty maker for $68.7 billion 49m ago

Deaths confirmed in Tonga after devastating volcano eruption 3h ago