Opinion: Foul on the pitch - FIFA needs an overhaul | News and current affairs from Germany and around the world | DW | 08.07.2010

Opinion: Foul on the pitch - FIFA needs an overhaul

There has been a lot of debate during the 2010 FIFA World Cup about referee calls and what should be done in the future. But DW sports reporter Sarah Faupel says the real problem is in FIFA's top floor.

Joseph Blatter has been called a lot of things: autocrat, the Sun King, dictator, and despot. Different names with one underlying theme - they point to a person with unconditional power, a perfect description of the head of the International Federation of Association Football (FIFA). The 74-year-old Swiss national regular rubs elbows with world leaders, from prime ministers to kings to state secretaries. As head of the world's largest sporting association, he can pretty much have anything he wants, without anyone getting in his way.

Blatter rules an empire that oversees the most popular sport in the word: football. Worldwide some 270 million people are active football players. There are, of course, an even greater number of football fans. FIFA estimates that the 2006 World Cup final between Italy and France drew over 715 million television viewers worldwide. FIFA is also currently made up of 208 member states, which are 12 more than even the United Nations has. Who better then to boast about the number of followers they have? 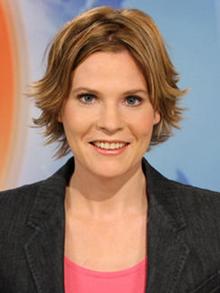 Blatter has been strongly pushing the commercialization of the World Cup since he took over the top spot 12 years ago, and has turned FIFA into one of the most successful companies on the planet. Officially, FIFA is registered as a non-profit organization in Switzerland, though it reported a profit of 157 million euros ($198 million) in 2009. The company's revenue, of course, is much larger. For example, it took in 1.6 billion euros in fees by selling the broadcasting rights to the 2010 World Cup. And it can count on a similar amount in the marketing and hospitality branches.

The "surplus" money will mainly go back into the matches, the member associations and other projects. But a lot - much more than should - goes to lining FIFA functionaries' pockets. The rest goes to the building costs of the federation's headquarters in Zurich, which are estimated to be 130 million euros.

FIFA can afford this type of luxurious behavior because it has a monopoly over soccer. And woe be unto him - be it a country, an association, a business or just a solitary person - who questions that.

FIFA, which forbids any governmental interference in nation teams, has just threatened France with sanctions because the national government dared to dictate the future of the French team following their early exit from the tournament.

Feathers were also ruffled six years ago during the African Cup when Cameroon sent its players out on the field in newly designed, one-piece kit, which the Confederation of African Football had approved. FIFA rules state that athletes have to wear a separate shirt and shorts, and they fined Cameroon 150,000 euros and deducted six points from the national team in the 2006 World Cup qualifiers.

Similarly grotesque is the way FIFA handles anything that has to do with marketing. For example, no bakery on the planet is allowed to sell a World Cup pastry. Any beverages not licensed to Coca-Cola or beer manufacturer Budweiser are not allowed to be drunk in or around the stadiums. For the World Cup in South Africa, FIFA went so far as to declare a trademark on the number 2010. And even before the first game started, the "FIFA Police" had counted over 2,500 violations.

There are two particular examples from the 2010 World Cup that show just how humorless FIFA is. Since no beer maker other Budweiser is allowed to advertize in the stadiums, the Dutch brewery Bavaria came up with a plan. Three dozen women entered the stadium dressed as Danish fans. During the game they changed into orange dresses just like the ones used in Bavaria ad campaigns. FIFA quickly stepped in; security removed the women from the stands and detained them for three hours.

Later the head of Bavaria, outraged by the action, was quoted as saying, "FIFA doesn't have a monopoly over the color orange. Our logo was nowhere to be seen on the dresses."

Airline Kulula received similar treatment from FIFA, which demanded the immediately removal of its ads from the market. It had used the slogan: the unofficial national carrier of the "you-know-what."

There is actually very little to do with football, with the business side of things given most of the attention. Four years ago Franz Beckenbauer, then-president of the World Cup Organization Committee in Germany, demanded an overhaul of football, saying that it "needs a general cleaning. We need to discuss the limits of earning money."

Blatter argued it wasn't about commercialization. "What's important is a partnership between football, businesses and television that is advantageous for all sides."

It's naïve to believe that it will eventually sort itself. Blatter, who has been accused by several colleagues of using FIFA money to buy his way into the top spot in the organization, will be running for reelection in 2011. He's also threatened to run again after that.

Ke Nako means "it's time," and is the motto of the 2010 World Cup in South Africa. It really is time - time for FIFA to put more emphasis on football and for the association to conduct themselves more transparently and democratically.

Some love the horns, others can’t stand them. Three entrepreneurs have brought South Africa's noisy sports stadium instrument to Germany for the World Cup. (02.07.2010)

FIFA president Sepp Blatter apologized on Tuesday for refereeing mistakes that have blighted the 2010 World Cup. A call during the England-Germany game, in particular, could lead to reconsideration of video technology. (01.07.2010)

'We can do it' is the slogan of an organization in Kenya called Moving The Goalposts. It uses football to instill self-confidence in girls in Kenya and aims for nothing less than societal change. (02.07.2010)