An HSBC subsidiary is in the news for helping wealthy clients evade millions in taxes. So what else is new? Lots of big banks have been fined for corrupt practices in recent years, says DW's Jasper Sky. 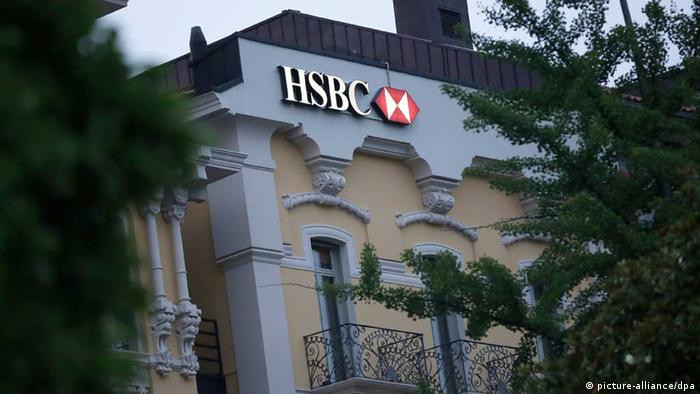 In the headlines this week: a Swiss-based private banking subsidiary of HSBC, one of the world's biggest banks, has been found to have had a lucrative practice focused on systematically helping thousands of wealthy clients to hide looted money and dodge taxes - including dictators, arms dealers, and other unsavory characters.

Are you the least bit surprised? So many big banks have paid huge fines for various forms of major financial crime in recent years, it's impossible to keep track of them all. The pertinent question isn't whether one or two big banks have routinely engaged in criminal practices as a core element of their business models.

The question is whether there are any that haven't.

Is better, tougher regulation the answer?

"Much better, tougher, properly enforced regulation is necessary in order to prevent these kinds of problems," Gustav Horn, head of the Düsseldorf-based Institute for Macroeconomic Policy, told DW.

But people have been saying that for decades, and the scandals continue. 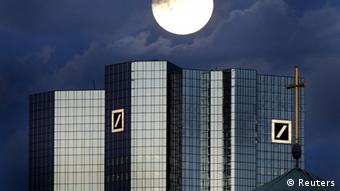 Privately owned Deutsche Bank is Germany's biggest bank. It was among the Libor scammers

The global financial crisis of 2007-8 was caused by the cumulative impact of years of fraudulent mortgage banking in the US. Hundreds of billions of dollars of worthless "liar loans" and "ninja loans" were given to people who couldn't afford them.

The "sub-prime" loans were bundled by the thousands into mortgage-backed securities - a type of bond which gives its owners the right to receive the combined cash flows from the underlying mortgages.

The sub-prime MBSs were kitted out with fraudulent ratings to give investors the false impression that MBSs were very safe investments, and sold off to suckers - including to some German Landesbanken, or state-owned regional banks, who naively believed the US rating agencies' AAA ratings for subprime MBSs, and lost billions as a result.

It's not clear that even the well-known problem of bad MBS origination has been put permanently to bed, despite the epochal crash it caused just seven years ago. IMF economist Miguel Segoviano was lead author of a 2013 IMF working paper on mortgage securitization, entitled "Securitization - Lessons learned and the road ahead". He echoes Horn's "better regulation" theme - but points to an inherent difficulty in achieving it.

"We [the IMF report's authors] believe that a high-quality loan origination process is paramount. Loan originators have to be held responsible for fraudulent originations," Segoviano told DW. "Rating agencies, servicers, and trustees have to fulfill their functions. Those kinds of market participants, who are often forgotten in the discussion, need to be remunerated sufficiently so they do their job."

But banking is a vast, complex business, with countless thousands of deals done behind closed doors every day, including deals deliberately structured to escape the attention or even comprehension of regulators. How are regulatory agency workers, incomparably fewer in number than deal-doing bankers, supposed to achieve proper implementation of regulations, no matter how well they're remunerated?

The new revelations of HSBC malfeasance stem from a whistleblower, Herve Falciani, who downloaded incriminating files from HSBC computers in 2008. A detailed evaluation of Falciani's material by ICIJ, the International Consortium of Investigative Journalists, was released this week, showing a pervasive pattern of deliberate professional collusion in financial crimes.

The bank has responded to the scandal with a statement claiming that "the compliance culture and standards of due diligence" [before 2008] at its Swiss private bank "were significantly lower than today." 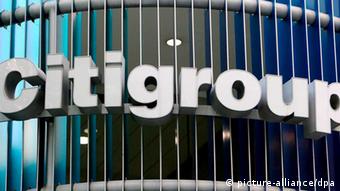 Well, maybe. Other units of HSBC have been in the news recently too. HSBC Holdings PLC, the corporate parent, and HSBC Bank USA paid $1.9 billion in fines under a deferred-prosecution agreement with a US court in 2012. The fines allowed HSBC to avoid criminal prosecution for helping Latin American drug cartels launder at least $881 million in dirty money, among other crimes.

Don't lose sleep worrying about the impact of that fine on HSBC's dividend flow to the bank's wealthy shareholders: the $1.9 billion represent less than two months' profit for HSBC. The bank has an estimated 57 million clients world-wide, and assets of at least $2.7 trillion. The shareholders will be fine.

But let's not pick on poor old HSBC. It isn't a lone rogue on the stage of global banking. Below, we offer a quick, impressionistic, and extremely incomplete list of recent banking scandals - we can make no attempt to be comprehensive or detailed, since otherwise, this report would run to hundreds, perhaps thousands of pages.

For many years, networks of foreign exchange traders working for major banks colluded in various scams aimed at manipulating currency exchange rates. A variety of methods were applied, including direct manipulation of exchange rates themselves - by putting forward fake numbers at the 4 p.m. London WM/Reuters currency fix, which determined the benchmark rates for various currency pairings.

In November 2014, the US Commodity Futures Trading Commission (CFTC) and Britain's Financial Conduct Authority (FCA) imposed $3.25 billions in fines on Royal Bank of Scotland, JP Morgan Chase, Citigroup, HSBC and UBS. Separately, the Swiss financial regulator, Finma, imposed a $138 million fine on giant Swiss bank UBS, and the US Office of the Comptroller of the Currency imposed fines of $950 million on JP Morgan, Citi and Bank of America. More fines are expected as the regulatory saga unfolds. 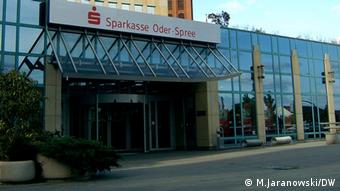 The forex scam followed on the heels of the Libor scam. "Libor" is short for "London inter-bank offered rate;" that's the average interest rate leading banks charge on the money they lend each other overnight. It's the primary benchmark, alongside Euribor ("Euro interbank offered rate"), for establishing daily short-term interest rates around the world.

In a daily consultation, the big banks are supposed to report what interest rates they're actually paying each other, so that an average can be calculated - the Libor. If the numbers are fraudulently manipulated, it affects lending rates on everything from credit cards to mortgages municipal bonds. Lending rates are calculated as margins on top of Libor or Euribor.

Libor was indeed fraudulently manipulated, systematically and routinely, for years and years. The bankers involved in submitting the daily numbers colluded in misreporting them deliberately in order to be able to profit from derivative bets that hinged on small movements in Libor.

Subsequent investigations have shown that senior central bankers had been aware for years that Libor reporting was not clean, but nothing was done to end the practice until just recently.

Sixteen global banks were sued in March 2014 by the US Federal Deposit Insurance Corporation (FDIC) for participating in the Libor fraud. Among them: Citigroup, JPMorgan Chase, Barclay's, Deutsche Bank, RBS, Bank of America, Credit Suisse, HSBC, Lloyds, Societe Generale, Norinchukin, Royal Bank of Canada, Bank of Tokyo-Mitsubishi, and WestLB. The British Banking Association was also named in the lawsuit, since it had had administrative responsibility for overseeing the Libor fix.

Various other enforcement agencies have levied hefty fines on sundry banks involved in the long-standing scam.

There's an endless list of banking-malfeasance stories to tell. To name just a couple:

Looking a bit further back, we find Goldman Sachs helping Greece's government in 2002 to cook its books to make it look like Greece qualified for entry to the euro currency zone. The whole of Europe is paying the price - with the poorest citizens in Greece hit hardest.

And who can forget Bank of Credit and Commerce International (BCCI)'s fabulous 1980s crime spree in the colorful worlds of illegal arms trafficking, terrorist money laundering, bribery, drug money, and goodness knows what else? - a scintillating saga that makes the overwrought plot of a Robert Ludlum novel look sedate in comparison.

Are publicly owned banks the answer?

Syriza, the reformist left-wing alliance that won the recent national election in Greece, proposed nationalization of the banks in its pre-election policy platform. Will they carry through with it? This question is of interest well beyond leftist circles, and well beyond Greece.

In Germany, Syriza's political cousins, the Left Party (Die Linke), take a similar view to their Greek comrades. Die Linke's finance critic, Sahra Wagenknecht, said in the Bundestag in 2012 on the occasion of a debate over German taxpayer support of a bank bailout programme for Spain: 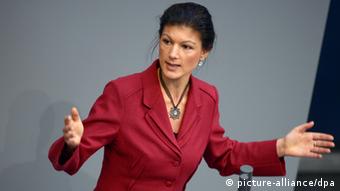 "We don't want to calm the financial markets. We don't want to try to win the confidence of this pack of gamblers and speculators. We want to strip the financial markets of their power. We want to reorganize the banks as publicly owned institutions, so that they go back to doing what banks are supposed to do: Offer secure savings accounts, finance useful investment projects, and nothing else."

Deutsche Bank, Germany's biggest, has seen its name pop up in the news in connection with the Libor scandal, among other issues - and Die Linke wants to see it nationalized.

Germany's existing public banking system generally hasn't been involved in scandals, and it's already diverse enough to offer a full range of banking services. This presents the question of what, if anything, the private banking system does that is actually useful, and couldn't be done as well or better by publicly owned banks.

Consider Germany's Sparkassen - a network of 417 local banks owned not by private shareholders, but rather, by municipalities and regional districts. The Sparkassen have been almost entirely free of scandals or reports of criminal financial activities. Each Sparkasse's brief is to provide savings and loan services only within its region; it must avoid making losses, but profit is not its principal objective. Its objective is to serve the region's real-economy businesses and households.

Commission of financial fraud by private bankers, in contrast, is not exceptional or unusual. Experience suggests that it's normal, because the private banking system generates countless incentives and possibilities for enterprising banksters to enrich themselves - and the banks' deals and accounts are so vast and complex that close regulation is almost impossible.

If a business entity licensed to administer the banking system is privately owned and set up with the explicit overriding goal of making every attempt to enrich its owners and operators - at the expense of everyone else - is it any wonder that its employees get in the habit of looking for angles and opportunities to make a dodgy fast buck?

That's why the latest relevations about HSBC crimes have failed to elicit even a raised eyebrow among business reporters. This sort of thing is entirely to be expected.