A referendum on the future of Gezi Park won't do Recep Erdogan any good, says DW's Baha Güngör. It could even exacerbate the situation in Istanbul. 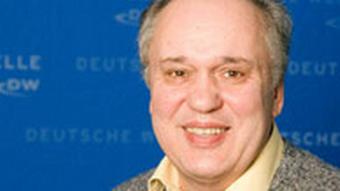 The idea of a referendum on the fate of Gezi Park in Istanbul could well be an own goal for Turkish Prime Minister Recep Tayyip Erdogan. His attempt to involve residents in deciding whether the park, which is located near Taksim Square in Istanbul's Beyoglu district, should stay or go, is risky business.

Erdogan is trying to present environmentalists, human rights activists and the judiciary with a fait accompli. However, what seems to have been generally ignored is that the Istanbul administrative court issued an injunction against the building project in Gezi Park before the demonstrations had even started.

Announcing a referendum now indicates that Erdogan wants to break his rivals at all costs. He fails to see that the referendum will deepen the divide in Turkish society. As the entire state apparatus is at his beck and call, he can be sure of a favorable outcome. That's why he can confidently ask people to say 'yes' to the referendum and 'yes' to the demolition of Gezi Park.

Despite widespread international criticism, Erdogan remains defiant. He seems to be utterly unwilling to learn his lesson. Two years ago, he won the elections with nearly 50 percent of the vote - that's not debatable. But he has yet to prove that he can work with the opposition and those who didn't vote for him.

In Europe, many leaders have called on Erdogan to be reasonable and moderate. At the same time, his critics in Germany and elsewhere in Europe are in favor of continuing EU accession talks with Turkey. And that's a good thing. It would be fatal to end negotiations now, as it would weaken the few democratic voices in Turkey still standing up to Erdogan.

Erdogan's mentor is the former Islamist leader and ex prime minister Necmettin Erbakan. In the 1990s he repeatedly said that the system in Turkey would change. He didn't say whether that would happen in a "bloody or non-bloody way." Erbakan also said that Turkey "would rather be a leading nation in the Islamic world than the smallest player in Europe." By insisting that he won't honor a single decision by the European Parliament, it is quite clear that Erdogan is sticking to Erbakan's vision of Turkey.