For two years, elections in the Democratic Republic of Congo were delayed. But now, as the country waits for a new leader, it is clear that Joseph Kabila intends to stay on, writes Simone Schlindwein. 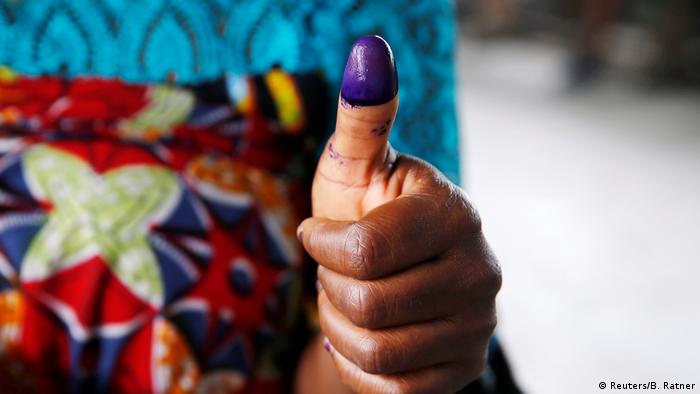 Some thought that this day would never come. But after two years of waiting, the Congolese finally went to the polls to elect a new leader.

The election day in Congo's capital Kinshasa began with apocalyptic rains and floods on the streets. Many voters had to leave their cars behind and walk to the polling stations because Kinshasa's potholed streets were filled with rainwater.

In recent weeks, there has been so much frustration and fear among the Congolese that polling stations will be limited in number — the rainy season is just one reason. And even where voters queued since dawn, electoral documents such as voters' lists were often missing. This further raised suspicions of deliberate manipulations.

No voting - thanks to Ebola and terrorists

And voting did not take place in the whole country. In three regions, the election date was temporarily postponed to March. The affected regions are Beni and Butembo in the east and Yumbi in the west. The reasons given by the electoral commission include: increasing security concerns due to conflicts, the threat of "terrorists," and the deadly Ebola virus. It's no coincidence that all three affected regions are opposition strongholds. More than one million voters were not allowed to vote there today despite the fact that the final results are expected to be announced on January 15.

In short, the one million voters in the three regions have been disenfranchised and simply ignored. For them, a by-election looks like sheer mockery. Regardless, the residents of Beni at least held an unofficial election in protest and It remains to be seen what effect their mock election will have. 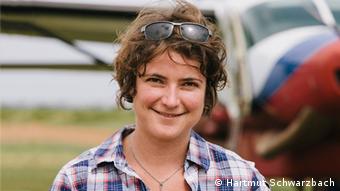 The election in the DRC, Africa's second-largest country with an estimated 40 million voters, must be viewed with a laughing and a crying eye. Known to have a violent history, it is the first time since the fall of dictator Mobutu Sese Seko in 1997 that the country might have a chance at a peaceful transfer of power — without war.

Incumbent President Joseph Kabila, who has ruled the country since 2001, could no longer stand for a third term under the constitution. But on big posters in the capital Kinshasa, he is celebrated as the "father of democracy" - that's how easy it is in Congo to stand out from your predecessors.

Hardly any hope for change

At the moment there is little hope for more democratic policies, peace, freedom, and development. The reason for the delay in the election was that Kabila had to leverage his interests to ensure influence in the future.

He has restructured the army's top leadership by appointing loyal generals to key positions. He has passed laws that guarantee his immunity from prosecution for both financial and political reasons, even after his departure. Besides that, he has set up a loyal electoral commission, which is expected to bring his successor Emmanuel Shadary to power.

According to recent polls, Martin Fayulu, the joint candidate of the opposition coalition LAMUKA, is in the lead followed by Felix Tshisekedi, the son of the late opposition icon Etienne Tshisekedi, and head of the country's largest opposition party UDPS (Union for Democracy and Social Progress).

On the other hand, Kabila's crown prince, Emmanuel Shadary, the candidate of the ruling party PPRD (People's Party for Reconstruction and Democracy), is just in third place, according to the polls.

Nevertheless, most Congolese are convinced that they [Kabila and Shadary] will win through vote manipulation. The people have such little faith in the electoral process that it would almost had been better had the election not taken place.

Kabila's last political maneuvers ensure that, behind the scenes, he will remain in power, copying a similar tactic that Russian President Vladimir Putin used in 2007 when he vacated his post for his loyal friend Dmitry Medvedev. For five years Putin, as prime minister, pulled the strings until 2012 when he bounced back as president.

The 47-year-old Kabila also made it clear in his last interviews that he would continue to exercise political influence. For now, what he has to ensure to achieve such ambitions is to hold together the army structures in the almost ungovernable country, and count on the army to be able to intervene in the different conflicts nationwide, that way he can pull his strings safely.