Lionel Messi has been deemed the best player in the world by FIFA. It's hardly an earth-shattering surprise but there are still plenty out there who must contest it. DW's Matt Pearson thinks the whole debate is moot. 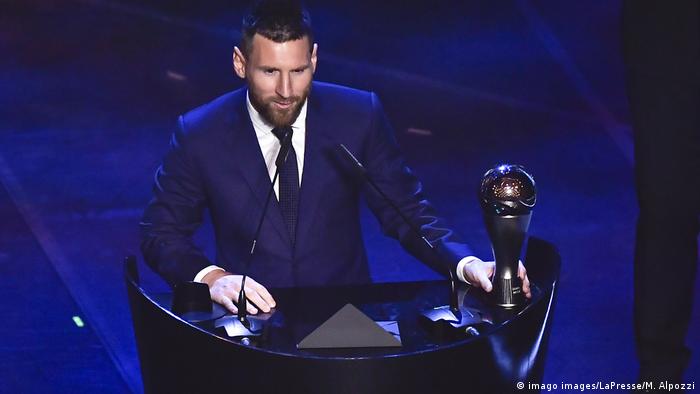 Less than a month ago, Virgil van Dijk was named as the best player plying his trade in Europe, the continent where the overwhelming majority of the world's best footballers play, by European governing body UEFA.

Then on Monday night in Milan, Lionel Messi (pictured above), who weaves his magic in the distinctly European city of Barcelona, was named the best footballer in the world at "The Best" awards, handed out by FIFA, who govern the game globally.

It feels somehow like a glitch in the matrix. Like saying you're the best teacher in the world but not the best in the school you work at. But in reality it's just a result of different voting systems and of comparing apples and Oranjes.

Messi's triumph over van Dijk on Monday came about because he beat his Dutch rival (and third-placed Cristiano Ronaldo) in three of the four equally weighted voting categories — national team coaches, national team captains, and fans — while the Liverpool defender won the most endorsements from journalists. UEFA's award, which broadly replaced the Ballon d'Or, was initially voted for just by journalists from across the organization's member nations but now also takes in to account the view of some 80 coaches, but no fans or players.

So open and shut case, right? Messi has legions of fans willing to fill out a form on FIFA's website and, if previous fan votes are anything to go by, plenty will have been willing to create a few more email addresses to make sure their hero gets over the line. The Argentine also has a few more admirers among his playing peers and coaches. Ronaldo is more popular among fans and coaches than van Dijk but not as feted by his peers or the press.

That Messi and Ronaldo beat van Dijk so convincingly in the fan poll is unsurprising. In general, people rate attackers over defenders — as evidenced by the fact van Dijk's win in August was the first time either of these awards has been won by a defender.

There also seems to be a positional divide in the players. The more offensive-minded captains tended to vote for those that play in similar positions or those they play (or played) alongside. Harry Kane voted for Messi, Son Heung-min voted for Kane, Luka Modric for Ronaldo and Manuel Neuer for van Dijk. The coaches are more difficult to fit in to any broad patterns but Joachim Löw still somehow proved to be out of step with the rest of the footballing world by selecting Eden Hazard, Kylian Mbappe and Sadio Mane as his top three. 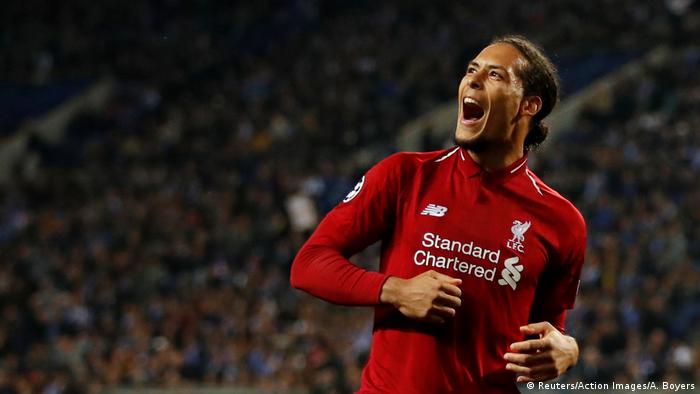 The hoardes of online fans who spring to life every time Messi and Ronaldo are mentioned in any context, anywhere, also play their part — both in Monday's result and in the tiresome debate that has inevitably followed.

Even for those who require some sort of official announcement to definitively judge a player, it's impossible to determine whether van Dijk is "better" than Messi and Ronaldo because his job, style and team are so different. While the latter two at least operate in a smiliar area of the pitch, they're also very distinct players with very distinct roles. Take one look at the list of votes on FIFA's website and you'll see that the pros have almost as broad a range of opinions as people in the pub, the office or the playground.

Though team trophies should always come first, there's nothing wrong with individual awards in a team sport per se, but let's stop pretending that they're actually all that important or really settle any kind of debate.

It's still early in the season, but the opening five fixtures have given us plenty of food for thought. Who's flying high, who's in for a long hard season, and is Robert Lewandowski a shoe-in for the golden boot? (23.09.2019)

Champions League: What the German clubs can learn from matchday 1

The opening matchday of the 2019-20 Champions League saw a mixed bag of performances and results for the German clubs. Bayern Munich's new signings caught the eye while an old hand impressed for Borussia Dortmund. (19.09.2019)