Michel Platini has been released from custody after being questioned over the awarding of the 2022 FIFA World Cup to Qatar. The ex-UEFA president was one of the members who voted for the decision. 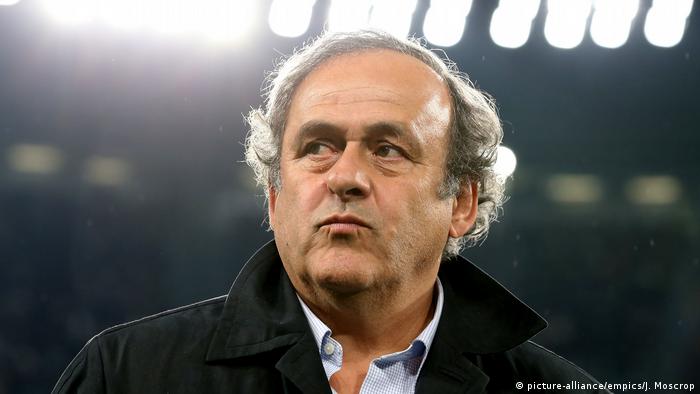 Michel Platini, a three-time Ballon d'Or winner and former president of European football's governing body, UEFA, has been released from French custody after being questioned regarding the awarding of the 2022 World Cup to Qatar, according to French media.

Platini's lawyer, William Bourbon, said early Wednesday that the former French star was "no longer in custody" after being questioned for several hours. Bourbon said that there had been "a lot of fuss over nothing."

The 63-year-old was detained by French police on Tuesday and taken into the Anti-Corruption Office of the Judicial Police in Paris. The former France captain was questioned in connection with a criminal investigation into corruption surrounding how the hosting rights of the 2022 FIFA World Cup were awarded to the Gulf state of Qatar in 2010.

Of the 24 FIFA executive members who voted for the decision, including Platini, 16 have resigned, been suspended or are under surveillance.

Platini was the active UEFA president from January 2007 until December 2015 when he stepped down from the position having been found guilty of an ethics violation. His initial six-year ban was reduced to four years after an appeal to the Court of Arbitration for Sport and ended in March 2019.

In response to the latest development in the investigations, Platini released a statement insisting he is innocent having fully cooperated with inquiries.

"Michel Platini, after being heard in the same investigation in open court last year, is now questioned under the regime of custody for technical reasons.

His counsel, Mr. William Bourdon, strongly asserts that this is in no way an arrest, but a hearing as a witness in the context desired by the investigators, a framework that prevents all persons heard, then confronted, can not confer outside the procedure.

Michel Platini expresses himself serenely and precisely, answering all the questions, including those on the conditions for the awarding of UEFA EURO 2016, and has provided useful explanations.

He has nothing to reproach himself with claims to be totally foreign to facts that go beyond him.

He is absolutely confident about what is next."

FIFA announces the dates for a 2022 World Cup in Qatar, but mysteriously cancels press conference at the last minute. As expected, given the country's climate, the tournament will be in November and December. (25.09.2015)