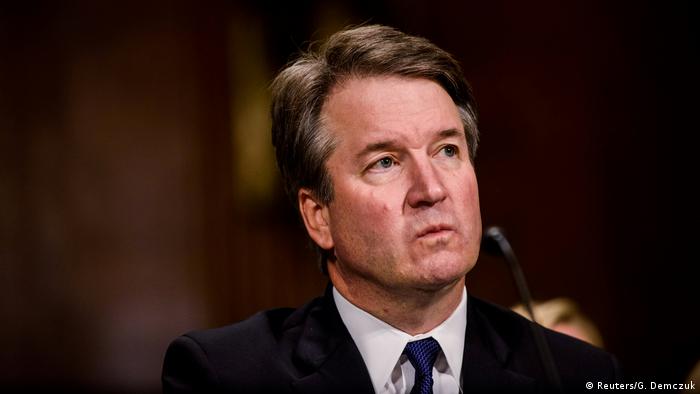 The Republican Party,which is President Donald Trump's party now, will surely celebrate Brett Kavanaugh's Supreme Court confirmation as probably its biggest political feat yet because it virtually guarantees a conservative majority on the highest court of the land for a generation.

Expect President Trump to gleefully declare this to be his personal victory and the fulfillment of his campaign promise and to taunt Democrats as sore losers in every single rally from now on. And expect some lackluster Republicans, many of which were turned off by Trump and sitting on the fence, to reconsider supporting their party in the midterms now. After all, even George W. Bush, not a friend of Trump, supported Kavanaugh and lobbied key senators like Susan Collins. Like Trump or not, goes the Republican argument, this is bigger than the president, this is about the party.

But while Republicans can revel in the joy of having rammed their candidate, a man who is deeply controversial on so many levels, through the Senate against all opposition, thereby altering the composition of the court for decades, the party's blatant power play may hurt them in the long run. And it should.

Because, make no mistake, in an election cycle that may well turn out to be the year of the woman, the Republican Party's treatment of Christine Blasey Ford and other Kavanaugh accusers as well the conduct of party leaders like Chuck Grassely have made amply clear that the GOP is the party of men. While the Republican Party is, of course, free to stake out whatever political stance it chooses, its shameful performance during the entire Kavanaugh saga was like waving a giant red flag warning women not beholden to the GOP to support it. The Republican Party may have achieved a conservative majority on the Supreme Court for a decade, but in the process it may have alienated women and independent voters for a decade.

The Democratic Party comes out of this confirmation battle as a loser as well. While it may feel, rightfully to some extent, like the moral victor because of the support for Ford and other victims of sexual assault, Democrats' record is also tarnished. By holding back Ford's accusations until shortly before the Kavanaugh hearings, they engaged in party politics as well and, at least theoretically, prevented Republicans from withdrawing Kavanaugh early enough to field another candidate.

More importantly though, it was the Democrats who in 2013 set the wheels in motion of what is now an entirely partisan judicial confirmation process when they invoked the so-called nuclear option and abolished the 60-vote rule that practically ensured that nominations could only be passed with significant bipartisan support. And of course, despite all efforts, they ultimately failed their crucial goal of preventing the Supreme Court from shifting right.

Brett Kavanaugh has reached his goal and will take his seat as the crucial ninth Supreme Court justice. He should not be there. It is true that, even after the testimony of Ford and Kavanaugh and an additional FBI investigation seemingly staged primarily for show, Ford's accusations ultimately could not be proven according to a legal standard. But the mere absence of judicial proof of sexual assault should not be the benchmark for a Supreme Court justice. His or her ability to function as an open-minded, honest arbiter of the law should. Of course, judges are humans and therefore have political predilections that shape their way of looking at the world just like everyone else. But what is expected of them is that they at least try to keep those predilections in check publicly and strive to be as impartial as possible.

Brett Kavanaugh is the polar opposite of an honest arbiter. He was selected by a president — who did not win the popular vote — precisely because he is a conservative ideologue who would tilt the court to the right on crucial issues like abortion rights, campaign finance, voting rights and gun control. If anything Kavanaugh proved that point in his testimony, which essentially was one long attack against Democrats.

Emotional bully on the bench

But he also revealed something the public didn't know about him, which is that beneath the all-American image he tried to present up until the hearing lurked an emotional bully who lacked the temper and personal conduct necessary to be a Supreme Court justice. What's more, Kavanaugh will take up his post knowing that many of the people who will be impacted by his rulings do not believe him personally and do not believe he is impartial, as was evidenced by the fact that his final confirmation was repeatedly interrupted by protesters. That is the worst start possible for a Supreme Court justice.

One of the most poignant — and probably the most prescient sentence — from Christine Blasey Ford's testimony was this one: "I was calculating daily the risk benefit for me of coming forward, and wondering whether I would just be jumping in front of a train that was headed to where it was headed anyway and that I would just be personally annihilated." While she is to be applauded and commended for taking a stance knowing full well what could happen to her if she did, she was right that she would be jumping in front of an unstoppable train.

And while only she herself can really judge whether she feels she was personally annihilated in the process, the vicious personal attacks by Republican legislators and conservative activists — not to mention the vile insults and the death threats she and her family have had to endure since her coming forward — must surely have rattled her to the core.

Ford's service to the country

And while her name and life will from now on be connected to her Senate testimony and to Brett Kavanaugh, if there is one person who has the chance to come out of this debacle bruised, but with her head high, it is Ford. She may not have been able to stop the confirmation train, but she forced an issue out into the open that has been ignored for too long. By making a deeply personal incident, sexual assault, public at a critical moment for the country, she has done a great service not just for the many women who have had similar experiences, but for society on a whole.

With the addition of Kavanaugh to the bench, the Supreme Court for the first time in a long time will be aligned ideologically. All five Republican justices tilt to the right of the four Democratic justices on all key issues, which means that the court as a whole will shift right and that swing votes will become rarer.

Kavanaugh's confirmation also continues an old and bad tradition that, in a country with hundreds of excellent law schools, all Supreme Court justices studied at either Harvard or Yale. And it also means that the Supreme Court now follows — with a delay — the negative trend towards extreme political polarization that has gripped the country as whole. That is a bad precedent for an already often dysfunctional US political system, because the Supreme Court was one institution that — compared to Congress and the presidency — was still generally regarded positively by most Americans.