Opinion: A drop in the unemployment ocean | Europe | News and current affairs from around the continent | DW | 28.06.2013

The multi-billion euro EU initiative to counter the continent's youth unemployment crisis is but a drop in the ocean. It is up to the member states to find a solution, says DW's Christoph Hasselbach. 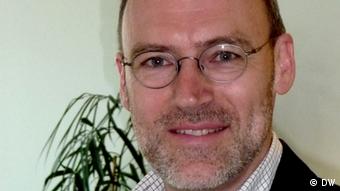 Up to 6 billion euros ($7.8 billion) over two years for a guaranteed education across the EU - that really is hardly more than a drop in the ocean. Even if the amount is raised to the envisioned 8 billion euros, it is not really a lot of money. Compared to the amounts EU states mustered over the past years to save the banks, or compared to EU expenses for agriculture, the 6 billion or 8 billion euros look like a joke.

Many young people without a job will draw such comparisons. Many feel left out, the victims of European austerity policies. In particular in the southern European nations hit by the crisis, the problem of youth unemployment is not just a social scandal, it could develop a dangerous potential for the stability of the societies and the European concept.

The special program is not much more than a symbol, albeit an important and necessary one intended to show young people that the governments have not simply written them off. But can anything be achieved with the money? Nothing at all is gained if the funds are used up in short-term projects designed to put a gloss on unemployment figures. Changing the structures of education would move the situation along a step.

Worldwide, Germany's dual education system is regarded as a model. Should Spain or Greece want to introduce the system, the governments cannot expect immediate results, however. Businesses in countries suffering from the crisis often shy away from the costs of training an apprentice, for example. They, too can only benefit from such reforms with quite a time delay.

To actually solve the problem, people will have to delve much deeper - which leads to a remark German Chancellor Angela Merkel made in the Bundestag and in Brussels: the fact that it is not important to access more and more funds, but to improve competitiveness. The remark has not been well-received in Athens, Madrid and Paris - but it is correct. Competitiveness is Europe's foremost long-term task, in particular for the south, but in the end for everyone.

If companies are not competitive, subsidized training will not do them much good. If authorities hamper entrepreneurs more than they support them, and burden them with too many taxes, they will not start companies. If corruption is rampant, it is a waste of money and time. In a nutshell: the environment has to be right.

It is up to the governments

The European Union cannot regulate that environment - that is up to the individual states. This is where the issue comes full circle: recently French President Francois Hollande was upset when the European Commission, as is its duty, suggested France implement certain reforms. Mind you: it was a suggestion, not a demand. Paris saw the advice as an order, and the dispute even overshadowed this recent summit.

One thing is clear: those who refuse, like Hollande, to create important conditions for more employment while loudly complaining about unemployment and pointing a finger at others, has lost every shred of credibility.