Opel Could Run Out of Cash by Spring, Saab Begins Reorganization | Business | Economy and finance news from a German perspective | DW | 21.02.2009

Opel Could Run Out of Cash by Spring, Saab Begins Reorganization

US carmaker General Motors' European brands are suffering as Germany's Opel could run out of cash by May and Sweden's Saab has been forced to file for bankruptcy protection. 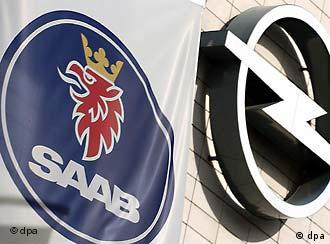 A government panel reviewing the carmaker's guarantee requirements stated, "insolvency threatens from May/June," according to a report in the Bild newspaper on Saturday, Feb. 21. The board represents several government ministries as well as the federal states where Opel owns factories.

Opel reportedly needs a cash injection of up to 3.3 billion euro ($4.2 billion), but has not found a bank willing to fund the required credits, the newspaper stated.

An economics ministry spokesperson refused to confirm the report, saying the government panel discussions were confidential. The spokesperson added that there was presently no draft document which made it possible to evaluate what assistance might be necessary or available.

According to Bild, only a rescue guarantee package could help Opel in the short term. EU legislation specifies that, in return, the company would need to commit to huge cuts in staff and production capacity.

Opel confirmed Friday that it will need greater state guarantees than requested to date but would not specify the amount. 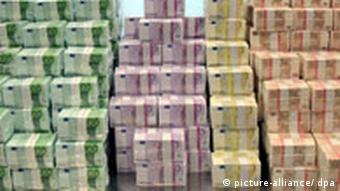 Could Opel be the next recipient of German bailout billions?

The German government has said Opel required a total of 3.3 billion euros in state guarantees, according to weekly Spiegel magazine. Previously, the car manufacturer had requested 1.8 billion euros of state securities.

News of the higher funding needs could weaken political supporters who have argued for extending guarantees.

"It's entirely clear that (Opel) cannot become a bottomless hole," an unnamed source told Reuters news agency. "When you talk about a plan, then there must be one sum that can sustain a business model until time 'X' without any ifs, ands or buts."

German Foreign Minister Frank-Walter Steinmeier, who is also the Social Democratic Party's candidate for the chancellery in September's national elections, said a state bailout could it could be an option, particularly if the German carmaker breaks off from its troubled American parent company.

"We currently cannot be sure whether this will be the case," Steinmeier said. "But with the information that we’re getting from GM in the US, it seems as if there is a chance for a greater independence of the European subsidiaries."

Sweden's Saab, one of GM's other European brands, made a de facto split from the US automaker by filing for bankruptcy protection. In a plan submitted to the US Treasury, GM said the Swedish firm would become an independent business as of the beginning of 2010.

The Swedish government, however, said it was not prepared to guarantee loans GM said would be necessary to turn Saab around.

Saab said Friday that a court-appointed administrator would use the following three months to reorganize the company and search for additional sources of funding.

Caught up in the crisis plaguing US parent company General Motors, Sweden's Saab filed for bankruptcy protection Friday while German carmaker Opel said it needed billions to weather the downturn. (20.02.2009)