Opel boss steps down ahead of sale to rival | Business | Economy and finance news from a German perspective | DW | 12.06.2017

Opel boss steps down ahead of sale to rival

Karl-Thomas Neumann, CEO of General Motors' European subsidiary, Opel, is stepping down. But he will stay on the board until Opel's takeover by French rival PSA is completed. 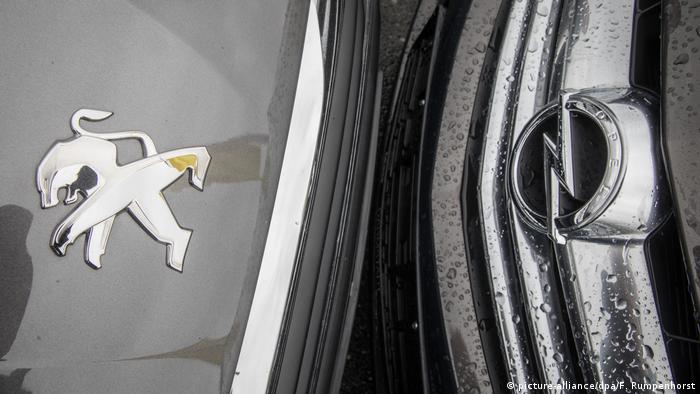 Adam Opel GmbH said in a statement on Monday that Karl-Thomas Neumann was leaving his post as CEO with immediate effect. He is being replaced by chief financial officer Michael Lohscheller, but will remain a member of top Opel management until the sale to PSA Group goes through.

The company said Lohscheller's appointment would "ensure continuity" and a "seamless managerial transition" as Opel builds a new strategic plan for its future under PSA Group ownership. 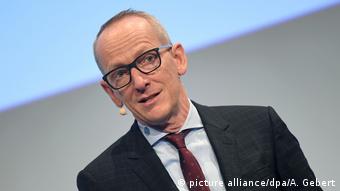 General Motors announced in March it would unload Opel and its UK equivalent Vauxhall for $2.3 billion (2.2. billion euros) after losing money in Europe for years. The deal will make PSA, which makes Peugeot and Citroen cars, Europe's second largest carmaker after Volkswagen.

A former Volkswagen and Continental man highly regarded in the German auto sector, Neumann took the reins at Opel in 2013. But despite the progress Neumann made in winding down overcapacity and improving the brand's image, Opel/Vauxhall continued to book heavy losses under his leadership.

Opel has lost around $15 billion since 2000, booking $257 million in losses in 2016. The carmaker, based in Rüsselsheim south of Frankfurt and with 10 factories employing 38,000 people around Europe, blamed Britain's vote to quit the European Union and the weaker pound sterling for last year's poor performance.

German weekly the Frankfurter Allgemeine Sonntagszeitung reported on Sunday that while Neumann backed Opel's tie-up with PSA, he was concerned that the French firm was not as committed to electric vehicles as he purports to be, and that the new management would centralize all decision-making in Paris.

"It was a difficult personal decision not to continue with the Opel/Vauxhall team when it transitions to Groupe PSA," Neumann said in the company statement. "I am committed to completing this transaction and will then take some time to decide what is next for me."

Quitting at this point could also free up Neumann to seek a post elsewhere within the Volkswagen Group, amid severe upheaval in VW boardrooms caused in no small part by the so-called "Dieselgate" scandal.

Opel and PSA are currently in talks with worker representatives about extending the jobs guarantees secured by employees to cover the new owners. The deal has also yet to receive the green light from European Union anti-trust authorities.

French carmaker PSA has posted a surge in net earnings for 2016 on a considerable rise of revenues throughout last year. The results came as the French were finalizing talks on taking over GM's European division. (23.02.2017)