After logging their biggest one-day drop in more than a month on Wednesday, oil prices have stabilized on the news that Saudi Arabia and Kuwait signaled that a deal to extend oil production curbs was in the pipeline. 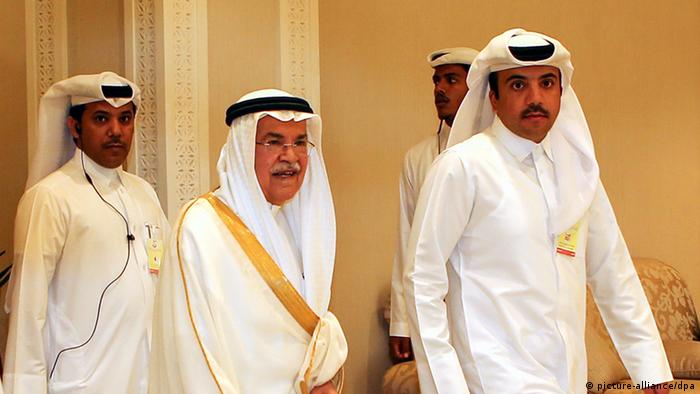 Oil prices were fluctuating between modest gains and losses on Thursday, after falling 3.8 percent in the previous day following data showing that gasoline inventories unexpectedly rose for the first time since February.

Concerns that US output was offsetting cuts from OPEC and other major producers like Russia, which had caused the drop, were allayed on Thursday, however, by Saudi Arabia and Kuwait, who gave a clear signal that OPEC planned to extend into the second half of the year a deal with non-member producers to curb supplies of crude.

Saudi Energy Minister Khalid al-Falih said consensus was growing among oil producers that a supply restraint pact that started in January should be prolonged after its initial six-month term. "There is an initial agreement, but it has not been communicated to all the countries yet that we might be forced to extend in order to reach our goal," al-Falih said in a speech at an oil conference in Abu Dhabi, United Arab Emirates.

Kuwait's oil minister, Essam al-Marzouq, said he expected the agreement to be extended. "Russia is on board preliminarily ... Compliance from Russia is very good," Marzouq said.

Those comments came as the price per barrel of oil stands just above $50 (46.5 euros) despite a deal between OPEC and non-OPEC countries last November aimed at cutting production by 1.8 million barrels a day.

Crude oil sold for over $100 a barrel in the summer of 2014, before bottoming out below $30 a barrel in January 2016. OPEC sources said an internal assessment showed that if they failed to extend the agreement, oil could slide back to $30-$40 a barrel.

Participants to the output cut are due to meet on May 25, with the primary issue being an effort to reduce global oil inventories, said Falih. He called this "the main indicator for the success of the initiative."

The International Energy Agency (IEA) said last week that inventories in industrialized countries were still 10 percent above the five-year average, a key gauge for OPEC.

Meanwhile, shale oil production has started increasing again in the United States, while Iran rushes to produce as much as it can to make up for years of economic sanctions it suffered over its contested nuclear program.

Another holdout for an extended deal may be Iraq. Baghdad might seek to be exempt and ask to boost its own output, the leader of the nation's Shiite ruling coalition, Ammar al-Hakim, told the news agency Reuters.

Speaking in Cairo, Hakim cautioned that Baghdad could ask to be exempted from taking part in the supply curbs as the OPEC member country needed its oil income to fight Islamic State.

"Given these sensitive circumstances, it is the right of Iraq to hope for an exemption by the other OPEC member states and have an opportunity to increase its production," Hakim said. In principle, Iraq was in favor of reducing OPEC supply to lift prices, he added.