One third of new medications offer no new benefits, study finds | Germany | News and in-depth reporting from Berlin and beyond | DW | 04.01.2017

A study by the German Public Health Insurers Association has found that, with medicine, new isn't necessarily improved. So why are people hailing this information as good for the healthcare system? The answer is money. 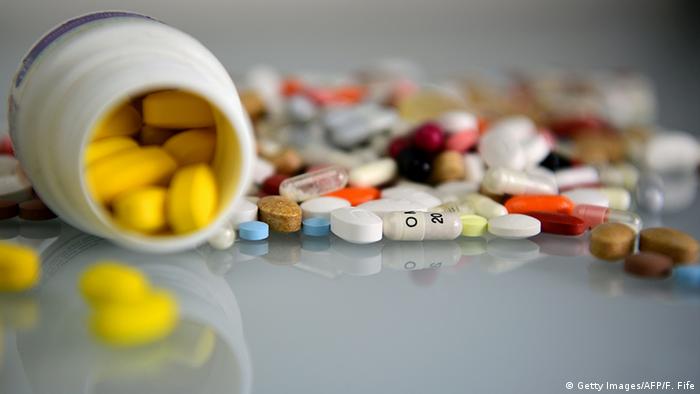 Data from studies commissioned by the German Public Health Insurers Association (GKV) concerning 129 medications that came on the market since 2012 suggests that only about a third of new medications (44) offered across-the-board improvements over old ones. One-third of medications (44) only worked better for some patients, while the final third (41) represented no progress at all.

The data was leaked to a number of German newspapers on Wednesday and inspired sensationalist headlines, implying that more than 30 percent of new medications were useless. That's not the case. Superfluous would be the better word.

"At its core, this discussion is not about effectiveness but about the evaluation of whether drugs offer any additional benefits," Maik Pommer, press spokesman for the Federal Institute for Medications and Medical Products, told DW.

GKV deputy spokesperson Ann Marini confirmed that assessment and said that the information leaked to the press was more of an "analysis" than a full-fledged scientific study. Still, she said that the data was important

"It used to be that medication always had new on the label when it came on the market, but we didn't know whether the products were in fact any better than what was already on the market," Marini told DW. "So we've taken an enormous step forward."

That step forward is potentially bad news for pharmaceutical companies - and good news for budget managers in the German health care system.

A tool in price negotiations 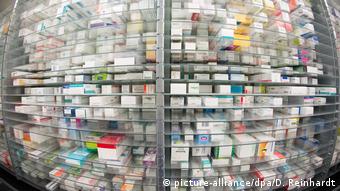 The evaluations of new medications were carried out with after a 2011 set of reforms concerning medications that is known under the Tolkein-esque acronym ANMOG. The legislation was passed to address the fact Germany had some of the highest prices for medication in all of Europe. The Organization for Economic Cooperation and Development (OECD), for instance, found that in 2013 Germans paid more for medication than the residents of any other European country except Greece.

Pharmaceutical companies used to be able to charge what they wanted for their products. Now the prices of new medications approved by public insurers are subject to negotiations between insurers and producers.

The Federal Institute for Medications and Medical Products approves drugs and medications for the German market based on a benefit-versus-risk analysis, but it doesn't test their effectiveness relative to existing medicines. In the past, pharmaceutical companies have argued that they should be allowed to charge more for new medications solely because they're new and, presumably, better. The evaluations are a test of whether such arguments are legitimate.

"If we know that medications aren't an improvement, then we know that they shouldn't be any more expensive just because they're new," Marini explained. "New isn't necessarily improved."

The data leaked on Wednesday didn't contain the names of the medications tested. But as various news agencies pointed out, the majority of new medications that came on the market in recent years were intended to treat common diseases like cancer, hepatitis or diabetes.

Thus, many of those involved see the GKV's analysis as a chance to further reduce German healthcare costs.

Criticism from insurers and producers 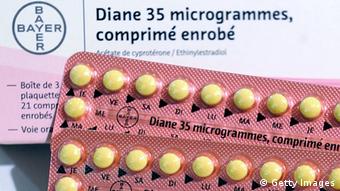 The pharmaceutical industry is hugely important for the German economy

The German Health Ministry welcomed the leaked study results as another step in its fight to contain medical price increases.

"The evaluation of the usefulness of medications and the price negotiations that will follow will cut costs in the interests of insured people," German Health Minister Hermann Gröhe told the Funke group of newspapers.

"We introduced ANMOG, the effectiveness evaluations and the negotiations over price, in order to save costs and provide insured people with new, highly effective medication," Ministry spokeswoman Jasmin Maschke added in the government's Wednesday press conference in Berlin. "The system has been proven to work. Money has been saved. And we'll be expanding it with new legislation."

But some insurers think that more needs to be done in addition to the evaluation.

"Unfortunately, we still pay prices that are sometimes over the moon," the chairman of public insurer DAK-Gesundheit, Andreas Storm, complained to the "Süddeutsche Zeitung" newspaper. Storm added that further proposed reforms to laws concerning medication were "as good as nothing."

And pharmaceutical concerns were less than pleased about the headlines on Wednesday.

The Association of the Pharmaceutical Industry complained in an official statement that purely "formal reasons" were the cause of the negative evaluations and accused the GKV of "polemicizing." The Association of Researching Medication Producers also said that the GKV data should not be interpreted to mean that the medications in question were "bad."

The Lancet medical journal has reported that a $2 per capita investment could give people in low and middle-income countries access to a basket of essential medicines. One in five countries spends less than that. (08.11.2016)

The Swiss pharmaceutical giant Novartis has said its net profit slipped 3 percent in the second quarter. It cited tough competition for its top cancer drug by new generic medications in the United States. (19.07.2016)