Off to the museum and don't forget your face mask 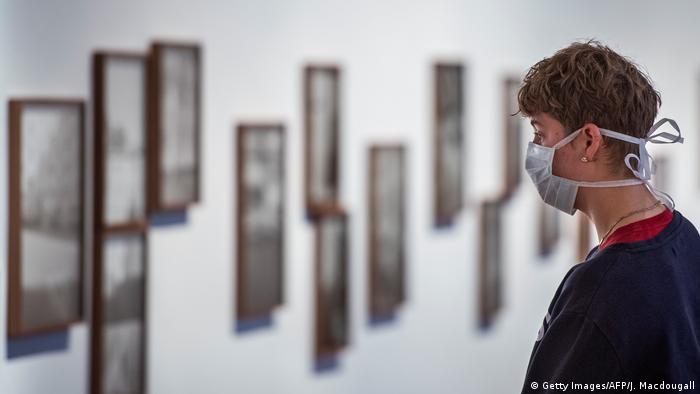 Tuesday morning, 10 a.m. on the dot. The Kunstsammlung NRW in Düsseldorf was one of the first museums in Germany to open its revolving doors. Outside, about twenty visitors wearing face masks stood in line, waiting.

Museum director Susanne Gaensheimer welcomed them. I have ingeniously lashed my microphone to a broomstick to make sure I keep my distance during interviews. Ms. Gaensheimer told me she was apprehensive ahead of the opening after weeks of lockdown. Have they thought about everything? And above all, is anybody going to show up?

Over the past few weeks she and her staff prepared the reopening of K20, where the state art collection houses 20th century works of art, according to the new hygiene regulations.

This includes keeping people 1.50 meters apart in the exhibition rooms, providing hand sanitizer and compulsory face masks. She hopes people will already be wearing masks when they enter the museum, but says the museum will "provide a disposable mask" for anyone who hasn't thought to bring one. At intervals, lines of tape mark the floor in the K20 entrance hall. The register area is protected by plexiglass spit guards. On the first day after the lockdown, only few entered the Kunstsammlung NRW museum.

A mother had her two young children in tow, happy to experience a bit of normality even if she was worried that the infections could rise again. "Nevertheless, we are happy. That's why we headed here so early today."

A group of three girlfriends couldn't wait for the doors to open. "We can't do without art," said one of them, making a beeline for the exhibition "Pablo Picasso. War years 1939 to 1945."

App instead of audio guide

Much has changed. For the time being, there are no guided tours, and no audio guides; instead, visitors can download an info app on their own mobile phones. Despite these changes, conditions for visiting a blockbuster exhibition like "Pablo Picasso's War Years" are actually ideal.

Even at the Kunsthalle Düsseldorf, only a few meters down the street, there is not much of a crowd. Director Gregor Jansen originally planned to celebrate the opening of the exhibition "Subject and Object. Photo Rhein Ruhr" at the end of March with a vernissage, but instead, was forced to close the museum. "These days, there are no openings with speeches or with many artists, people celebrate in silence," he said. 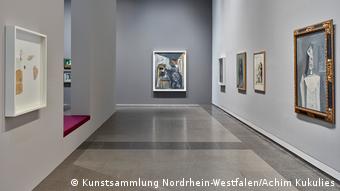 The Picasso exhibition is open to only 60 visitors simultaneously

New task for the staff

The exhibition "Subject and Object" shows how photography has established itself as a separate art genre since the 1960s between Essen, Krefeld, Düsseldorf and Cologne. Early objective photography works by Bernd and Hilla Becher are on display as well as portrait photography by the Essen-based Detlef Orlopp or works by younger, even lesser-known artists. 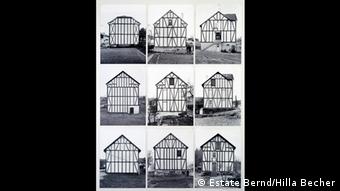 There was plenty of space in the Kunsthalle, too, on the first day after the lockdown. About fifteen visitors were spread out over the three floors, all of them wearing DIY face masks.

The Kunsthalle Düsseldorf has strict hygiene regulations. A museum staff member is responsible for ensuring that not too many visitors enter at the same time. Wielding a traffic sign like a crossing guard, he stands at the entrance. "If the desk area is occupied, it's red, if you can go ahead, it's green," he says with a smile.

For visitors that day, buying a ticket for the exhibition was an important sign of solidarity. After all, the saying goes, "an empty museum means empty life."

The German-American philosopher was one of the great political thinkers of the 20th century. Berlin's German Historical Museum has dedicated an exhibition to Hannah Arendt, who remains more relevant than ever. (11.05.2020)

As Germany lifts restrictions, museums all over the country are set to reopen to the public. Yet putting the necessary measures in place is no easy task. (30.04.2020)

Museums in the UK are on high alert as protesters from the group Just Stop Oil target famous paintings, including a 500-year-old copy of Leonardo da Vinci's "The Last Supper" and John Constable's "The Hay Wain."