In a sign of the ongoing effects of the credit crisis, the Organization for Economic Cooperation and Development on Tuesday said the European economy would grow more slowly than forecast. 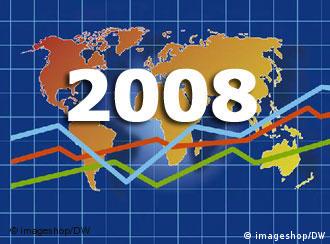 The OECD's report had little good news for the global economy

Eurozone countries will see their economies grow by only 1.2 percent in 2008 instead of the 1.7 percent the OECD had predicted previously, with the United States and Japan faring little better, according to Tuesday's forecasts.

While the organization's short-term forecasting models "point to weak (economic) activity through the end of the year," it said that many uncertainties about what is driving the economic situation "make for an unclear picture."

Still, the OECD steered clear of the word "recession", even when describing Britain, where it predicts the economy will shrink in the third and fourth quarters this year -- activity typically associated with a recession. 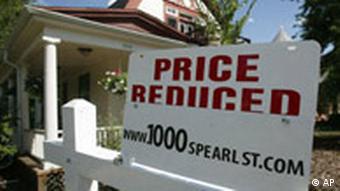 And even though the US did better in the second quarter, its overall outlook remains sickly despite government efforts to kickstart the economy following the sub-prime crisis that sparked the global financial meltdown last year.

Although Elmeskov acknowledged that his organization's quarterly forecasts are subject to sizeable margins of error, the OECD's basic message is that the economy of the G7 -- the US, Japapn, Germany, Britain, France, Italy and Canada -- was still "very weak."

"Continued financial turmoil appears to reflect increasingly signs of weakness in the real economy, itself partly a product of lower credit supply and asset prices," the OECD said.

Opinion: Germany's Economic Boom is Over

Germany's economy shrank for the first time in four years, raising fears Europe's economic powerhouse may be headed for recession. DW's Karl Zawadzky says the country has to face the fact the party is over. (17.08.2008)

The European economy shrank during the second quarter, data released Thursday showed, amid worries that the region's slowdown could gain momentum in the run-up to the end of the year. (14.08.2008)

The euro slumped Friday, Aug. 8, ahead of the release of new data expected to point to slowing economic growth in Europe and after the European Central Bank signaled rate hikes are off the agenda for the time being. (08.08.2008)