Obese? Not us! Why the Netherlands is becoming the skinniest EU country | Science | In-depth reporting on science and technology | DW | 09.06.2015

Obese? Not us! Why the Netherlands is becoming the skinniest EU country

Every EU country will be more obese by 2030 - except one. DW's Conor Dillon went to the Netherlands to find out how the Dutch keep eating french fries, mayo and frikandels without getting fat. The best way to get around the famously flat Netherlands is, without a doubt, on a bicycle. So when I arrive at Venlo train station, I do as the Dutch do, and rent one from Edwin, a 43-year-old who rents and repairs bikes for a living.

"One hundred, 200 people per day come by train, and they get on the bikes here, and they go to work," Edwin tells me when I ask him about his typical clientele.

It makes me wonder whether that's the secret to the Dutch physique right there.

Is that why the Dutch are skinny? They bike to work?

The Dutch cycle more than anyone else in Europe - roughly 2.5 kilometers per day, or 1.5 miles. And that's a good thing.

But it's not that much of a good thing. Depending on your weight, you only burn about 60 calories over that distance.

So that couldn't possibly explain why the World Health Organization (WHO) says the Netherlands is the one EU country not heading for an obesity crisis.

It predicts that in 2030, the Dutch obesity rate will be just 8.5 percent, while in Ireland, for instance, it will be 50 percent.

"I think it's because the Dutch don't often go to McDonalds or Burger King," he says.

Oh yes they do

At the city's historic market, I find Brenda, a 22-year-old Dutch woman who's dining al fresco with a friend - at a McDonalds. 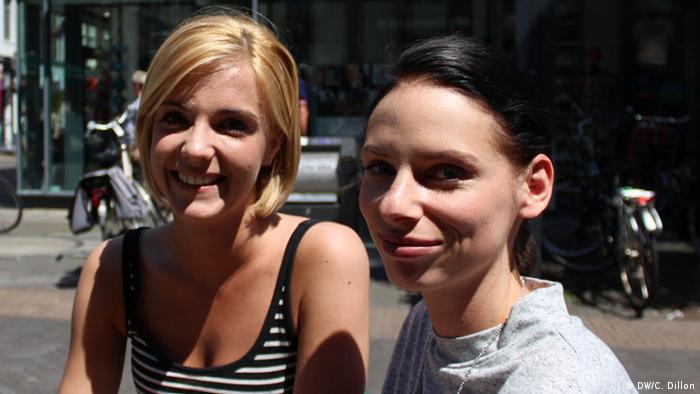 "I don't do anything special, I don't exercise very well, sometimes just once or twice a week," says Brenda. "And I eat a lot of McDonalds, or fast food, things that are not good for the health."

Fast food plus exercise. Not exactly a formula for success, but then again, she has a 22-year-old's metabolism to lean on.

Malou doesn't. She's sitting a few restaurants down, under an awning, enjoying the view of Venlo's historic city hall and sipping a cup of afternoon tea. She's 54.

"I think the younger people, they eat a lot of french fries and so on. But I think over 30, 40, they are more aware of what they are eating," she says. "So no, it's not normal to eat [fast food] a few times a week. In my case, it's maybe one time a week that you eat french fries, but not more."

French fries just once a week? Not bad, given the temptation: on a single, 100-meter side-street I count four french fry eateries. 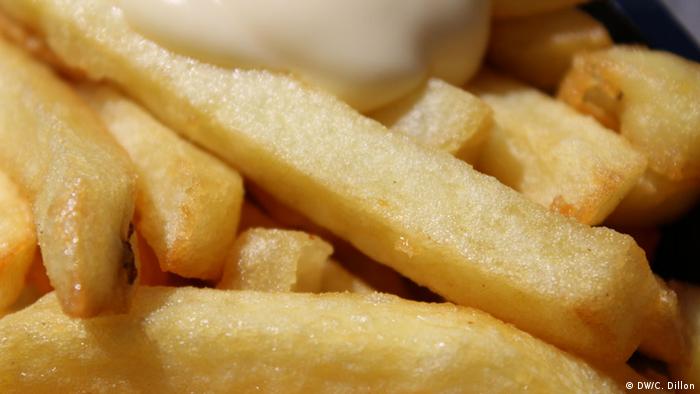 Yes, these are real, and I ate them

So how does Malou keep her weight down?

So perhaps it's the biking after all?

As I cruise alongside the Meuse River, an older man comes pedaling my way.

His name is Sjaak, and he's a competent enough cyclist to agree to an interview on the go - and this after riding about 15 kilometers already, he says.

What? How old are you, I ask Sjaak.

And, um, how normal is his "behavior" within his age group? 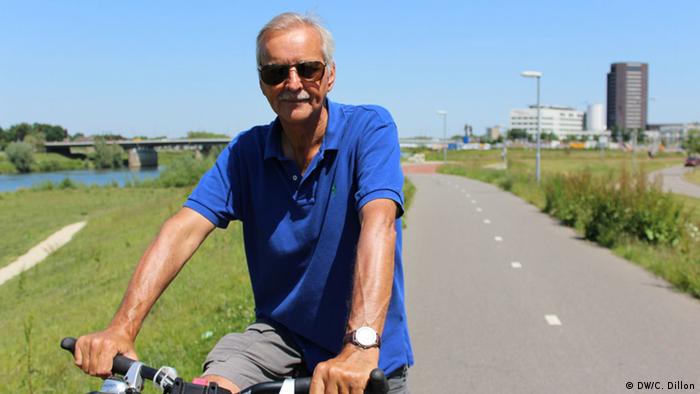 Sjaak thinks he's normal, and maybe he is - but only in the Netherlands

"I think very normal," he says.

Well, I don't think it's normal at all.

And then Sjaak admits most of his friends ride battery-assisted e-bikes.

Sjaak and I keep talking until a jogger passes us. Or maybe it was a sprinter. It's hard to say.

No worries - my trusty rented bicycle is a match for his flying feet, and he, too, agrees to be interviewed on the go. His name is Paul and he's 47 years old. I ask how often he exercises.

"Normally four times a week, about 15 kilometers," he replies.

I ask him to clarify whether he means what I think he means - that he runs 60 kilometers per week (36 miles).

But then there's also the soccer training, he says, which is twice a week, plus a game on the weekend. Of course. And anyway, today's jog isn't really "exercise," since he's just taken his scooter to the shop and is running the 2.5 miles back home.

I'm starting to get the feeling the Dutch simply define exercise differently from the rest of us - both in terms of frequency and duration.

At the nearby Scelta Institute, which specializes in health food research, I meet Professor Fred Brouns from the University of Maastricht, an expert on health food innovation, who's visiting the facility that day. 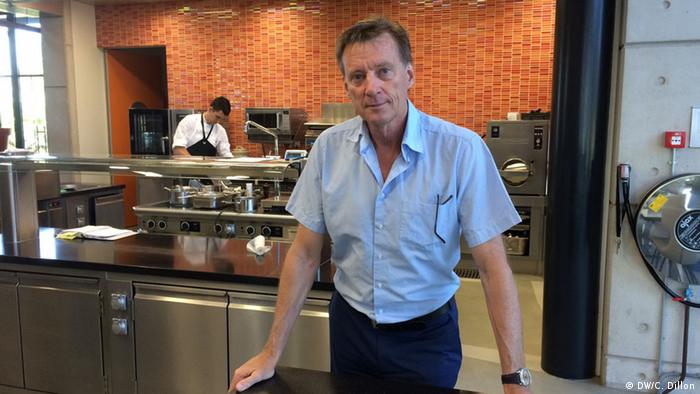 "One thing is that the Dutch move a lot," says Brouns, confirming everything I've seen. "So if you look outside, you see cycling everywhere… Most of the children go to school on foot or by bicycle. That is one big difference to most European countries."

Another factor helping the Dutch stay thin is the government's willingness to attack health risks at multiple levels, particularly in schools and in low-income areas.

"It does not have any impact if you say at school, 'Drink water instead of soft drinks,' but next door is a gas station where all the kids can go during their break and get soft drinks. Or on the next street, there's McDonalds, and then everybody goes there," says Brouns.

But he says obesity is a big problem in the Netherlands. In fact, he thinks it's a bigger problem than presented by the WHO - and the UK Health Forum, which crunched the WHO's data.

"I was informed that the data they have used for the Netherlands are several years old, are not current, and that these data are indeed based on what people think they have eaten in the past," says Brouns.

That said, even if the WHO's data is wrong by, say, five or even ten percent across the board, the Dutch are still doing "better" than other EU countries - and the EU, as a whole, still faces an obesity crisis.

"The World Health Organization has [presented the data] as a warning, so that people or countries will take action and work on the problem of obesity, rather than sitting still and thinking it will go away," he says. "Because it won't."

Obesity will hit Europeans hard in the coming years, according to the World Health Organization. Only one EU country is getting skinnier. (06.05.2015)

Pass the potato chips - why stoners get the munchies

Thanks to a team of Yale researchers, we now know exactly why smoking marijuana stimulates the urge to dive into a bag of chips. (20.02.2015)

A three-year-old child who weighs nearly 90 pounds? That's more than twice what he should. It's an extreme case that led researchers to find an unexpected connection between hormones and obesity. (26.01.2015)