Obama speaks of new beginning between US and Muslim world | World| Breaking news and perspectives from around the globe | DW | 04.06.2009

US President Barack Obama delivered a much-awaited address aimed at healing a rift with the Arab world in Cairo on Thursday, and spoke of a new beginning in relations between the US and the world's Muslims. 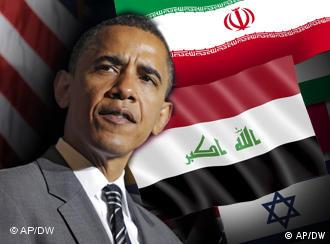 President Barack Obama delivered his address aimed at healing a rift with the Muslim world in Cairo on Thursday, with many Arabs unconvinced that his administration offers much hope of any real change in US policy towards the world's Muslims and the Middle East peace process.

Obama told the world's 1.5 billion Muslims that he had come to Cairo to "seek a new beginning between the United States and Muslims around the world; one based upon mutual interest and mutual respect; and one based upon the truth that America and Islam are not exclusive, and need not be in competition." Instead, he said, they overlap, and share common principles – principles of justice and progress; tolerance and the dignity of all human beings.

Obama said he was "proud to carry the goodwill of the American people, and a greeting of peace from Muslim communities in my country: al-salamu alaykum."

"Al-salamu alaykum" means "peace be upon you" in Arabic and is the traditional greeting for Muslims.

"We meet at a time of tension between the United States and Muslims around the world – tension rooted in historical forces that go beyond any current policy debate. The relationship between Islam and the West includes centuries of co-existence and cooperation, but also conflict and religious wars," the US president said in his address at Cairo University. "Violent extremists have exploited these tensions in a small but potent minority of Muslims. The attacks of September 11th, 2001 and the continued efforts of these extremists to engage in violence against civilians has led some in my country to view Islam as inevitably hostile not only to America and Western countries, but also to human rights," Obama said.

"So long as our relationship is defined by our differences, we will empower those who sow hatred rather than peace. This cycle of suspicion and discord must end," the US president said. 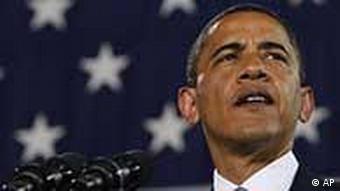 Obama said the US and Muslims should reject stereotypes

"I recognize that change cannot happen overnight. No single speech can eradicate years of mistrust, nor can I answer in the time that I have all the complex questions that brought us to this point. But I am convinced that in order to move forward, we must say openly the things we hold in our hearts, and that too often are said only behind closed doors. There must be a sustained effort to listen to each other; to learn from each other; to respect one another; and to seek common ground.

"I consider it part of my responsibility as president of the United States to fight against negative stereotypes of Islam wherever they appear," Obama added. "But that same principle must apply to Muslim perceptions of America. Just as Muslims do not fit a crude stereotype, America is not the crude stereotype of a self-interested empire.

"I know there are many - Muslim and non Muslim - who question whether we can forge this new beginning," he continued. "Some are eager to stoke the flames of division, and to stand in the way of progress. Some suggest that it isn't worth the effort - that we are fated to disagree, and civilizations are doomed to clash.

"There is so much fear, so much mistrust. But if we choose to be bound by the past, we will never move forward."

Afghanistan a war of necessity, Iraq a war of choice

Obama touched on the United States' military role around the world, saying that the war in Afghanistan was a war of necessity while Iraq was a war of choice. 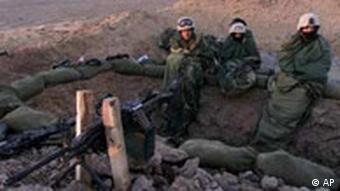 He admitted that military power alone would not solve the problems in Afghanistan and Pakistan and outlining his plans for the withdrawal of troops from Iraq. "Make no mistake: we do not want to keep our troops in Afghanistan," he said. "We seek no military bases there. It is agonizing for America to lose our young men and women. It is costly and politically difficult to continue this conflict. We would gladly bring every single one of our troops home if we could be confident that there were not violent extremists in Afghanistan and Pakistan determined to kill as many Americans as they possibly can. But that is not yet the case.

One of the most anticipated sections of the speech was that referring to the Israeli-Palestinian situation. Obama was even-handed with his words.

Obama on the Israeli-Palestinian situation

"America's strong bonds with Israel are well known. This bond is unbreakable. It is based upon cultural and historical ties, and the recognition that the aspiration for a Jewish homeland is rooted in a tragic history that cannot be denied.

"Threatening Israel with destruction – or repeating vile stereotypes about Jews – is deeply wrong, and only serves to evoke in the minds of Israelis the most painful of memories while preventing the peace that the people of this region deserve," he continued. 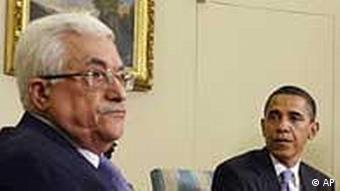 He called on both sides to live up to obligations under the stalled "roadmap" for Middle East peace. "Israelis must acknowledge that just as Israel's right to exist cannot be denied, neither can Palestine's," he said.

"The United States does not accept the legitimacy of continued Israeli settlements. This construction violates previous agreements and undermines efforts to achieve peace. It is time for these settlements to stop."

Iran has a responsibility to stop potential arms race

The US president also renewed his offer for dialogue with arch-US foe Iran after decades of Cold War-style discord.

"It will be hard to overcome decades of mistrust, but we will proceed with courage, rectitude and resolve," he said. "There will be many issues to discuss between our two countries, and we are willing to move forward without preconditions on the basis of mutual respect. But it is clear to all concerned that when it comes to nuclear weapons, we have reached a decisive point.

"This is not simply about America's interests. It is about preventing a nuclear arms race in the Middle East that could lead this region and the world down a hugely dangerous path."

US President Obama arrived in Saudi Arabia on a Mideast tour marked by a widely-anticipated speech to the Muslim world in Cairo on Thursday. Obama's visit has drawn condemnation by al Qaeda leader Osama bin Laden. (03.06.2009)

US President Barack Obama has reiterated his support for a Palestinian state during talks with Israeli Prime Minster Benjamin Netanyahu in Washington. But so far Obama has failed to win commitment from Tel Aviv. (19.05.2009)