Obama faces big test on the Middle East | World | Breaking news and perspectives from around the globe | DW | 18.05.2009 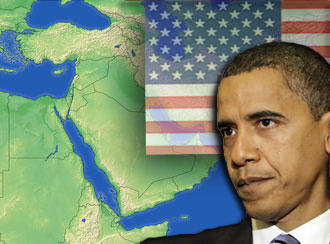 The US president has vowed to tackle the Israeli-Palestinian conflict

Barack Obama vowed to take a different approach to foreign policy, one that would include working closely with allies. At a speech in Berlin last summer, then-candidate Obama proclaimed that "America has no better partner than Europe."

And European leaders have made it clear they're counting on Obama to push forward the Middle East peace process. Obama's meeting with Israel's Prime Minister Benjamin Netanyahu on Monday in the White House provides a big chance for Obama to live up to his pre-presidential statements on the Middle East.

Many feel Obama, simply by declaring the goal to find a solution for the Israeli-Palestinian conflict a top priority for his administration, has done more right from the start than both the Bush and the Clinton administrations. By naming a special envoy to the region and by stating his support for a so-called two-state solution -- that is, the creation of a viable Palestinian state next to Israel -- Obama again displayed his commitment to the peace process.

But despite all the early efforts by the Obama administration, one important fact remains unchanged: without the support of Israel and the Palestinians, any push for peace in the region is doomed. So the big question when Obama meets Netanyahu is whether the US president can convince the Israeli premier, who based on his political past and his recent statements is considered a hardliner, to go along with his vision.

Michael Bauer, who heads the project Europe and the Middle East at Munich's Center for Applied Policy Research, puts a damper on hopes for a quick success: "The prospects for a successful resumption of the peace process are not very good at this point."

Bauer lists the international community's cold reception of the new Israeli government, especially its far-right Foreign Minister Avidgor Lieberman, the war in Gaza which led to a further deterioration of already strained Israeli-Arab relations, the internal Palestinian division between Hamas and Fatah and the continued Israeli settlements as factors that could prove difficult to overcome.

Despite those problems, argues Nathalie Tocci, the measuring stick for Obama remains clear: "There is the question first and foremost whether Netanyahu will accept the end goal of the road map, which means the acceptance of a two-state solution."

But as Tocci, a senior research fellow at the Center for European Policy Research, is quick to add, merely stating one's acceptance of common goals is not enough.

"The main issue hindering the accomplishment of progress along the road map was the fact of an absence of an international monitoring presence that could actually monitor the extent to which the obligations by both parties were fulfilled on the ground," Tocci said

Bauer agrees, saying Obama should not rely on rhetoric commitments, but also demand concrete efforts on behalf of the Israelis to rebuild confidence, for example by halting the construction of settlements.

European leaders voiced their opinions on how Obama ought to approach the Middle East peace process during his recent visit to the continent. But other than giving advice, what role can Europe really play now that the US has retaken the leadership role?

"The Europeans have in many ways played a second part in all the peace negotiations," says Daniel Korski, a senior fellow at the European Council on Foreign Relations. "Europeans have in a sense been the paymasters offering the financial incentives for any kind of peace deal. However, practically they have always been marginalized in part because the Israeli government has never been really interested in seeing European governments engaged." 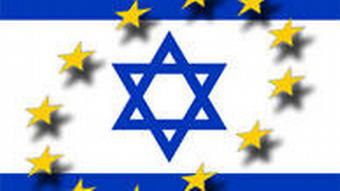 Europe could play a larger role in peace negotiations

But this is changing, Korski argues. First, some Europeans are not ready to simply pick up the check again after seeing a lot of their investments go up in smoke in Gaza. And second, there are more pro-Israeli leaders in major European capitals than before, providing the chance for Europe to engage better with Israel. Still, says Korski, the question remains unanswered as to what exactly Europe's role could be in the peace process.

Europe also has limited influence because it doesn't speak with one voice on foreign affairs issues, experts say.

"But that doesn't mean that the European Union cannot play a role," says Bauer. "Maybe it is even good that some member states have better relations with Israel and other member states are perceived to be closer to the Palestinian side."

By turning its weakness into an asset, Bauer suggests, Europe could really act as an honest mediator in the conflict.

Merkel says "no alternative" to two-state solution in Middle East

German Chancellor Angela Merkel has said there is no alternative to a two-state solution to the Mideast crisis following talks in Berlin on Wednesday with Jordan's King Abdullah II. (06.05.2009)

A meeting of EU foreign ministers in Luxembourg has defined the next round of objectives for Europe's involvement in Middle East regional stability. Egypt is the main beneficiary while Israel remains at arms length. (27.04.2009)

US President Joe Biden is on his way to the Middle East for his first visit since taking office. Biden's first stop is Israel, where he will meet with the country's interim prime minister, Yair Lapid, and with Palestinian leaders in the West Bank.