Obama blocked by own party on Trans-Pacific Partnership

The TPP has been dealt a setback in the US Senate. Skeptical Democrats have argued it would drive down wages and make it impossible for US workers to compete with those in countries with lax labor laws. 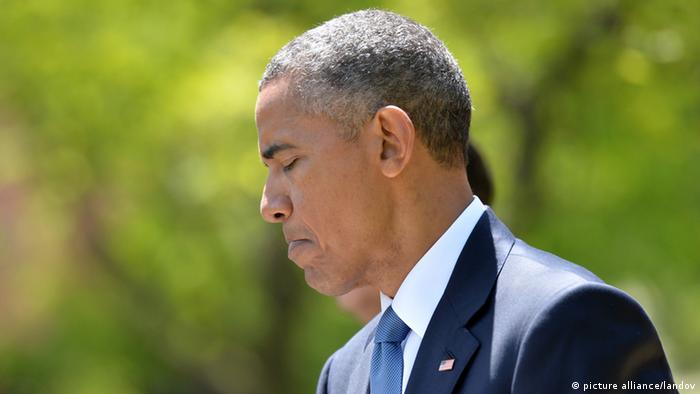 US President Barack Obama was dealt a blow by his own party Tuesday when Democratic senators blocked legislation designed to give the president authority to swiftly finalize upcoming trade deals with the Pacific Rim and Europe.

Republicans supported Obama's bid for the fast-track trade authority to approve such deals, but Democrats opposed the measure on grounds they believed it failed to include adequate protections for American workers and punish currency manipulation.

"We know the global economy is a rough sea, and Republicans are asking us to pass a trade package that forces the American worker to navigate those waters in a leaky boat," leading Senate Democrat Chuck Schumer said.

A procedural vote to allow the bill to proceed to formal debate and an eventual vote by the full Senate chamber failed by a count of 52-45 - short of the 60 votes required under Senate rules.

The Senate bill would have given Obama the authority to submit the Trans-Pacific Partnership (TPP) and an upcoming US-Europe trade pact (TTIP) to Congress for an up-or-down vote, and prevented lawmakers from amending any deal.

The Obama administration says it needs such authority in order to finalize trade talks with the other 11 TPP nations without Congress making changes to the agreement once negotiations are concluded.

The TPP is a massive trade deal that would unite 12 Pacific Rim countries in a free trade zone. Republicans, who largely support the bill, were shocked at the rebuke Obama received from his own party.

"What the Democrats are doing today…is throwing their own president under the bus," said Republican Senator John Thune.

"It's amazing to me that they would do this to the president, on a bill of this magnitude," said Senate Finance Committee Chairman Orrin Hatch. "It is the most important bill the president will have had in his presidency."

Despite the setback, the bill is not dead and Senate Majority Leader Mitch McConnell said he intends to bring up the measure again.

Obama for his part is reported to have held a "constructive session" with 10 Democratic senators opposed to the bill after Tuesday's vote.

US critics of the TPP argue that joining 12 nations in a free trade zone would undercut wages and make it difficult for US workers to compete with cheap labor in pact partner lands like Vietnam, Malaysia, Peru and Chile.

"Trust us to know what's good for workers. This ain't it" said Richard Trumka, president of America's largest labor union, the AFL-CIO, in an interview with AFP.