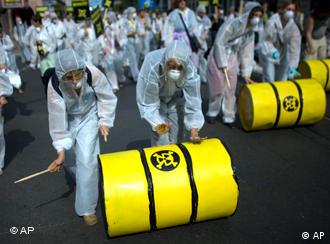 Protestors have opposed using Gorleben for nuclear waste for years

Gabriel, a Social Democrat, on Wednesday spoke of a "downright scandal" and said that new "records proved" that Christian Democratic (CDU) politicians had in the 1980s manipulated assessments over the suitability of the Gorleben salt mine in Lower Saxony as a permanent storage site for nuclear waste.

The politician said that under the administration of long-term CDU Chancellor Helmut Kohl Germany's research ministry demanded in a 1983 letter that the federal agency responsible for the findings on Gorleben alter them.

Gabriel said scientists had warned that Gorleben might prove to be a bad long-term storage site for the waste and that other locations should be explored. These warnings, however, were ignored because certain conservative politicians allegedly used their influence. 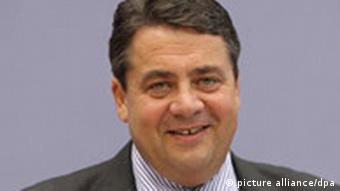 According to the agency's 1983 report there was a risk that radioactive substances could seep into the ground water. This particular warning was eventually played down in the report.

The government of Chancellor Angela Merkel, the current head of the CDU, has pledged a thorough check of all Gorleben files, dating back to 1980s.

"We will put all files on the table," said deputy government spokesman Klaus Vater in Berlin on Wednesday.

"Should the evaluation show that something is not order, we will have to reassess the situation," said Vater, adding that it would take time to comb through the 80 to 90 folders.

He criticized the timing of the revelation, which was made by the daily Sueddeutsche Zeitung in its Wednesday edition. After gathering dust for more than a quarter of century, the controversial files have now surfaced just three weeks ahead of federal elections.
"I do ask myself: did nobody ever take a look at these files?" Vater said. 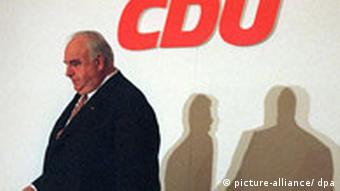 Helmut Kohl can expect new scrutiny of his government

"The environment minister just wants one thing: campaigning rather than a solution to the issue of ultimate waste disposal. Gabriel's sole aim is to discredit Gorleben no matter whether it's a suitable spot or not."

Reiche reiterated her party's call for a "thorough investigation to ascertain whether Gorleben is a suitable spot for the disposal of atomic waste."

She accused Gabriel of dodging this issue, hinting that the minister was doing so because he feared that an investigation could prove that Gorleben was in fact a suitable spot for dumping the radioactive waste.

After watching her rivals take blow after blow in the run-up to parliamentary elections, German Chancellor Angela Merkel faces criticism for reportedly ignoring warnings about a nuclear waste dump. (06.08.2009)

Germany's education and research minister has warned against demonizing nuclear power after two more reactors were temporarily taken offline, adding to the controversy over the future of atomic energy in the country. (25.07.2009)