ITER involves a multinational effort to harness energy produced through nuclear fusion. This week, partner countries are meeting to push for progress amid massive cost overruns and project delays. 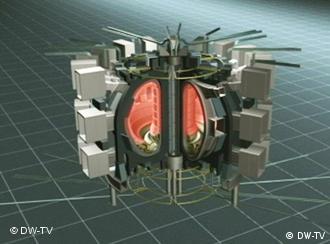 ITER could be the first energy-efficient nuclear fusion reactor

For decades, physicists have eyed nuclear fusion as a new wellspring of safe and limitless energy. The process involves the fusion of hydrogen to produce helium - and huge amounts of energy, reproducing the reactions that take place on the sun.

In 2005, the European Union and Japan, South Korea, China, Russia, India and the United States joined forces to test fusion as a real, workable source of power. The ITER project involves the construction of a massive experimental nuclear fusion reactor in southern France.

The device is designed with a huge, tire-shaped vacuum chamber that uses giant magnets to contain hydrogen and is heated to 150 million degrees Celsius. In its plasma state, hydrogen nuclei can fuse to create helium and energy.

The cost of the reactor was initially estimated at 5 billion euros ($6.5 billion) - and expected to be finished in 2018.

But keeping the project under budget and on schedule has become increasingly difficult. According to new figures, the reactor would be ready for operation by 2026, at the earliest. And ITER's price tag stands to triple - from 5 billion to 15 billion euros. The price of raw materials has skyrocketed - and building the reactor would require special steel and other metals.

"The initial planning for ITER was strictly budgeted," said Hartmut Zohm, a scientific fellow at the Max-Planck Institute for Plasma Physics in Garching, Germany.

"And they realized the details are more complicated - and can cost a bit more." 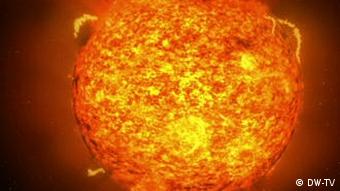 As a multinational project, ITER has also faced management difficulties. "One problem with ITER is that it has seven partners all over the world - so it's a pretty slow process," Zohm said.

Moreover, each partner state is interested in using domestic industries to supply parts for the project - and that means several companies from different countries are producing the same components.

"When one partner doesn't produce the same part and instead it comes from several partners and has to be put together - that's inefficient and leads to additional costs," he added.

ITER's new management should help streamline efforts to get the project off the ground. Germany's Federal Minister of Education and Research Annette Schavan has defended the significance of ITER but said the government can't afford to write it a blank check.

The EU is required to cover half of ITER's costs - and making up additional funding shortfalls means curtailing other research initiatives or tapping into unused portions of the budget. 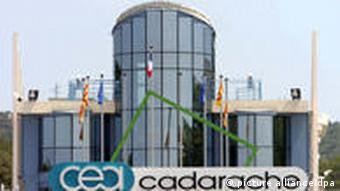 Cadarache, France, was chosen as the site of the ITER experimental reactor

Ensuring ITER's success would bring efforts to understand the science of fusion forward by leaps and bounds. So far, experts have only succeeded in generating fusion bursts for shorter periods of time.

The pulse lasted just two seconds - but it helped pave the way for future fusion research. The ITER project could buoy hopes for a new and inexhaustible source of energy through nuclear fusion.

"The idea is to show that it's possible to produce energy on a large scale," Zohm said.

"ITER would be the first device able to produce 10 times more energy than required to sustain plasma," he added. "It's an acid test to see if reactors are suited for fusion."

Critics says it's important to remember that ITER is, in fact, an experimental reactor - and far from a real prototype for a new kind of nuclear power plant.

"From the scientific side, it's certainly very exciting. But it shouldn't be portrayed as if it's going to contribute to the energy supply."

Smital advocates stopping work on ITER. Meanwhile, many of ITER's detractors say the money used to fund the project would be better spent on proven renewable energy initiatives.

An international consortium of scientists hopes the ITER fusion reactor in France could usher in a new era of nuclear energy, although many are concerned about its rising costs and the prospect of more nuclear power. (27.07.2010)

Finland's parliament has overwhelmingly approved government plans to allow a consortium of national utility groups and a German partner to construct two more nuclear power plants in the country.