Nuclear fears turn spotlight on safety of Iran′s disputed sites | World | Breaking news and perspectives from around the globe | DW | 16.03.2011

Nuclear security has once again become a topic after recent events. The atomic drama in Japan has turned the spotlight back on Iran's nuclear capability with the safety of its Bushehr reactor now called into question. 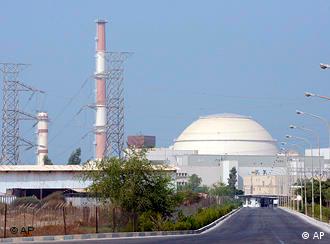 The Bushehr plant is built on the crossing of three faults

The threat of meltdown at three of the nuclear reactors at the Fukushima plant in Japan has pushed the debate on the safety aspects of nuclear power to the top of many national agendas around the world.

In Europe, the unfolding atomic drama in Japan which followed the devastating earthquake and tsunami last week has revived uncomfortable public discussions about whether nuclear power is a safe alternative to costly and environmentally-damaging fossil fuel systems.

The debate has already put unwanted pressure on governments in countries such as Germany, France and Spain - which already have functioning nuclear power stations - as well as Italy and Poland, which plan to roll-out their own nuclear power programs in 2013 and 2016 respectively.

But what of countries which are covertly pursuing their own nuclear power programs while subject to crippling international sanctions restricting the material and hardware needed to efficiently and safely build and maintain reactors?

Iran in particular has come under huge international pressure due to the Western belief that it is pursuing a nuclear weapons program under the pretence of building a civilian nuclear power capability. The United Nations sanctions implemented against Iran are known to have severely hampered the Islamic Republic's progress in the nuclear field in recent years. 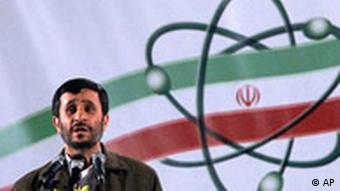 UN Resolution 1737 contains the requirement to notify the Security Council Committee established under this resolution of any deliveries to Iran of equipment or materials, which can be used to build a nuclear power plant.

Meanwhile, resolutions 1737, 1747, 1803 and 1929 prohibit exports to Iran of equipment or technology which can be used for uranium enrichment or reprocessing of spent fuel material.

But while the implementation of these resolutions may be seen as a small victory by those intent on stopping any alleged weapons program, there are now concerns that the safety of Iran's nuclear sites could come under threat from the conditions within these sanctions.

With international restrictions on nuclear technology preventing Iran from obtaining its atomic equipment legitimately, it is believed that Tehran has resorted to buying its nuclear hardware off the black market. Suppliers linked to the illegal trade in nuclear technology are unlikely to provide the necessary quality guarantees and after-sales service. 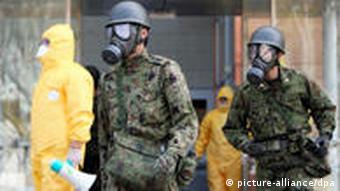 Ahmadinejad says Iran will not suffer a disaster like Japan's

However, President Mahmoud Ahmadinejad made it clear on Tuesday that Iran's Bushehr nuclear plant - the Islamic Republic's only admitted civilian reactor, the construction of which began long before sanctions were implemented - is a more modern and secure reactor than the ones currently in danger of meltdown at Fukushima. As such, he added, it is much safer - despite being situated at the junction of three tectonic plates on the Persian Gulf coast.

When asked if the Russian-built nuclear power plant, which was planned in association with Germany in the early 1970s, could handle a similar event to the massive earthquake and tsunami that triggered the Japanese nuclear accident, Ahmadinejad said: "I don't think there will be any serious problem."

Despite the raft of sanctions handed out over the last decade, the UN resolutions did not impose any restrictions on Russia's cooperation with Iran on the Bushehr reactor and it is therefore considered to be of sound construction and in line with current safety requirements.

However, there have been a number of problems with the reactor over the past few years which could be cause for concern.

"In general, Iran-Russia cooperation on Bushehr has been difficult in many respects," Dr. Oliver Thränert, a senior fellow with the Arms Control, Disarmament, Nonproliferation and Missile Defense unit at the German Institute for International and Security Affairs, told Deutsche Welle. 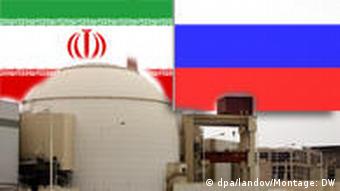 Iran and Russia have had myriad problems with Bushehr

"The reactor is originally of a German type (KWU), and was largely destroyed during the Iran-Iraq war before Russia agreed to continue with its construction in the 1990s, using Russian technology. Construction was further complicated by the Iranian insistence of training as many Iranian experts as possible rather than just giving contracts to Russian firms. Finally, Russia, for political reasons, was not in a hurry to finish work on the reactor."

Moscow delayed completion on the project while the UN Security Council debated and then passed the resolutions aimed at stopping uranium enrichment in Iran. In December 2007, Moscow started delivering the canisters of enriched uranium the plant needs.

Thränert added that the Bushehr nuclear reactor will not go online as scheduled on April 9 after nuclear fuel had to be taken out again last month, apparently due to problems with water pumps in the cooling system. It is unknown when Iran now expects the reactor to be online.

"Inside Iran there is no debate about the safety of the Bushehr power plant which the better part of the population still views as the peak of modern technology," Iran expert Dr. Walter Posch told Deutsche Welle. "However, the fact that Bushehr is not yet online has become a serious embarrassment for the Iranian authorities."

"Several critical deadlines passed before the beginning of March even after Bushehr has been declared 'operational' during the Anniversary of the Revolution in February 2011 and a new deadline on March 21 is also likely to be missed," he added.

"President Ahmadinejad needs a success in Bushehr in order to be able to 'declare victory' on the nuclear front to ease tensions at home so he can conclude a negotiated solution with the P5+1 (the permanent members of the UN Security Council and Germany)."

In regard to concerns over whether the Bushehr reactor - which could be joined by another at Arak in 2013 - meets International Atomic Energy Agency (IAEA) safety standards, Thränert said that the site has been regularly inspected by the IAEA but in recent times, Iran has impeded inspectors and refused entry.

"I am not aware of any particular safety concerns that the agency has regarding Bushehr, but in general terms and in light of developments in Japan, there are concerns that the reactor is located in an earthquake area, a fact that scares Iran's neighbors," he said.

Efforts to cool overheated fuel rods at the Fukushima nuclear plant in Japan were stepped up on Thursday amid fears of dangerously high radiation levels. More foreign governments moved to help evacuate their nationals. (17.03.2011)

Deutsche Welle examines the environmental, business and political implications for Japan - and the world - of the country's nuclear crisis as well as the earthquake and tsunami that devastated it. (17.03.2011)

The nuclear disaster in Japan has ignited a debate over nuclear energy in the US. While a rapid phase out of nuclear power is not on the public agenda yet, Barack Obama’s pro-nuclear stance is coming under fire. (15.03.2011)