The National Rifle Association gun lobby has appointed Oliver North its new president. He is famous for his role in the sale of illegal arms to Iran and to Nicaraguan right-wing rebels under the Reagan administration. 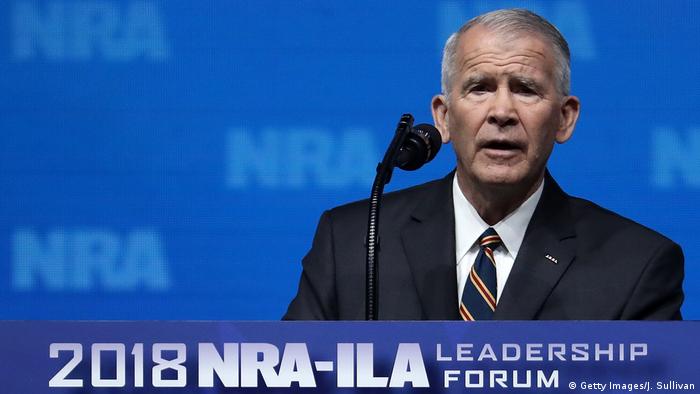 Oliver North, who was involved in the Iran-Contra arms sale scandal in the 1980s under US president Ronald Reagan, has been named the next president of the National Rifle Association (NRA) gun lobby.

North was indicted for 16 felony counts and convicted on three charges in connection with the Iran-Contra scheme, under which money from arms sales to Tehran was funneled to rebels in Nicaragua. The convictions were later overturned.

The board approved North's candidacy on Monday after the current president, Pete Brownell, said he would not seek another term. North will take over in the next few weeks.

"Oliver North is a legendary warrior for American freedom, a gifted communicator and skilled leader," LaPierre said in a statement. "In these times, I can think of no one better suited to serve as our president."

North, 74, is the author of several best-selling books and worked as a conservative commentator on Fox News. He retired from the US Marine Corps as a lieutenant colonel.

While working on the National Security Council in the 1980s, North was involved in an international scandal in which the US sold arms to Iran and funneled the proceeds to the Contras, who were seeking to overthrow the leftist Sandinista government in Nicaragua.

Selling weapons to Iran was "in contravention of stated US policy and in possible violation of arms-export controls," according to a report at the time. Reagan administration officials believed that the sales could help facilitate the release of Americans held hostage in Lebanon, which was racked by civil war.

The Boland Amendment, however, prohibited assisting the Contras in their efforts to overthrow Nicaragua's government, but allowed other forms of assistance.

North became a household name after spending days before a joint congressional committee that was investigating the scandal. He admitted that he had lied to Congress about his involvement. 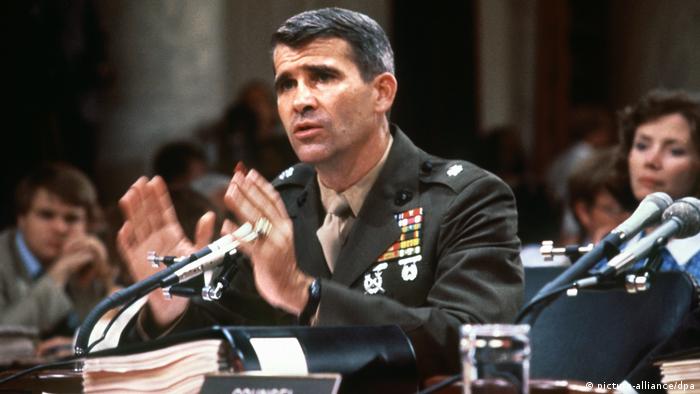 A court convicted North on three felony counts of ordering the destruction of documents, aiding and abetting in the obstruction of a congressional inquiry, and accepting an illegal gratuity. All three convictions were subsequently overturned.

There were reports that Contras sent the planes that had been used to ship them weapons back to the United States filled with cocaine. Indeed, the US Drug Enforcement Agency (DEA) and the FBI were aware that individuals involved in the attempted overthrow of the Sandinista government were also involved in the drug trade.

Files from the the National Security Archive at George Washington University describe how Reagan administration officials interceded on behalf of Jose Bueso Rosa, a Honduran general who was heavily involved with the CIA's Contra operations. He went on trial for his role in a massive drug shipment to the United States. In 1984 Bueso and co-conspirators came up with a plan to assassinate Honduran President Roberto Suazo Cordoba. The plot was to be financed with a $40 million cocaine shipment to the United States, which the FBI intercepted in Florida.

North's appointment to head the NRA comes at a time when a student-led movement is pushing for stricter gun laws in the US. The grassroots campaign for gun control was launched by students from a Florida high school where 17 people were shot dead by a former classmate on February 14.

The Republican-controlled Congress has taken little action, and polls indicate that public sentiment in favor of stricter gun laws — which soared after the shooting — is cooling, as it has after previous mass shootings.

President Donald Trump gave a speech at the NRA's annual meeting last week, and rejected calls for tighter regulations. He echoed the gun lobby's assertion that armed citizens will help prevent deadly shootings and drew heated criticism when he mimicked the shooters in Paris in 2015.