Norwegian right-wing killer is ′insane,′ may avoid jail | Europe| News and current affairs from around the continent | DW | 29.11.2011

Anders Behring Breivik, the man who confessed to carrying out the twin attacks that killed 77 people in Norway this summer, is criminally insane, according to an evaluation by two court-appointed psychiatrists. 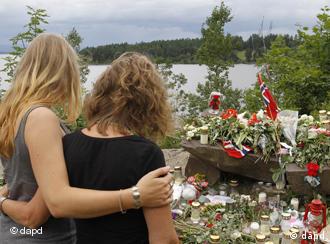 Breivik was perhaps 'insane' when he killed 77 people

Forensic psychiatrists tasked with evaluating the mental state of Anders Behring Breivik, the man who confessed to the July gun attacks in Norway that left 77 people dead, have told an Oslo court that he is insane.

"The conclusion is … that he is insane," prosecutor Svein Holden told a press conference on Tuesday. "He lives in his own delusional universe and his thoughts and acts are governed by this universe."

If the assessment is upheld by the court, Breivik will not be headed to prison but instead to psychiatric care. In such a case, he would never eligible for a prison sentence, but could be held in a care facility indefinitely unless he was subsequently declared sane.

"The main thing for us is that he is never let out. It is not so important if he is in prison or in hospital," John Hestnes, a spokesman for a support group for victims and survivors of the attacks, told the daily newspaper Verdens Gang.

Breivik's lawyer, Geir Lippestad, said that the ruling from the two court-appointed psychiatrists did not surprise him. The diagnosis will subsequently be reviewed by the Nowegian Board of Forensic Medecine.

"If the report is endorsed, the case has taken a new turn," Lippestad said in an interview with the NRK broadcaster on Tuesday. 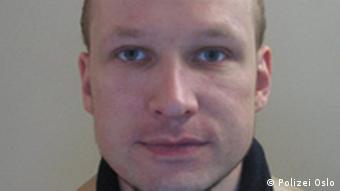 Breivik has confessed to first setting off a bomb outside government buildings in Oslo on July 22, 2011, killing eight people, before going to the island of Utoya and killing another 69 people, mostly teenagers. He denies criminal wrongdoing, however, saying he is part of a Norwegian resistance movement opposed to multiculturalism. According to his conversations with the psychiatrists, Breivik refers to his presumed group as the "Knights Templar," a reference to one of the most powerful Christian groups of the medieval age. He believed he would one day rule the country and said he carried out the murders "out of love" for the people of Norway.

Investigators have found no tangible evidence of such a movement, and currently believe Breivik planned and committed the murders on his own.

Breivik, whose crimes constituted the most deadly attack in Norway since the Second World War, spent roughly 36 hours with the mental health experts, over 13 separate sittings.

The report found that at the time of the attacks Breivik was psychotic, according to prosecutor Svein Holden. In Norway, an insanity defense requires that a defendant was in a state of psychosis while committing the crime and is so out of touch with reality that he is no longer in control of his actions.

A judge has denied right-wing extremist Anders Breivik, the confessed killer of 77 people in a July rampage, the right to address victims' families and survivors. He is also to remain in custody until his trial begins. (14.11.2011)

The German president has given the country's highest award of service to Marcel Gleffe, a 32-year-old roofer who saved at least 20 people from the shooting in Norway in July. (04.10.2011)

Norway has held a ceremony in Oslo to remember the victims of last month's twin terrorist attacks the country's worst bloodshed since World War Two. The prime minister said the country had collectively defeated hatred. (21.08.2011)