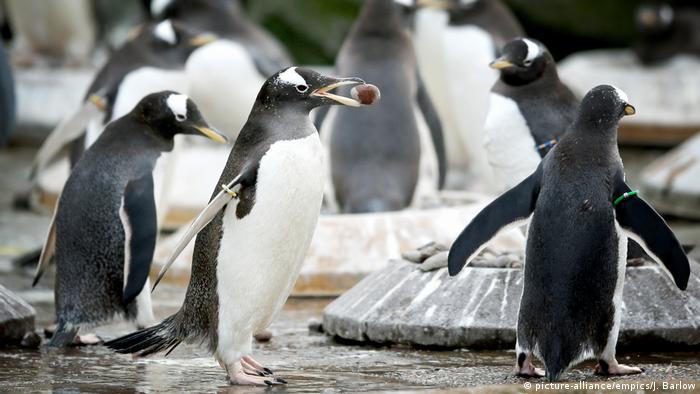 Gentoo penguin males sift through pebbles looking for the smoothest one to present to their chosen mate.

Staff at Norway's Bergen Aquarium this week began vaccinating a group of Gentoo penguins that has been living under quarantine for months.

Cases of a highly infectious bird flu strain, H5N8, were detected in the country in December.

The type had not been registered in Norway before, but scientists say it has a 90% mortality for birds.

Though devastating for birds, transmission to humans is rare, but not impossible.

"Because of this, the Food Health Authority enacted a curfew: all birds in captivity must be kept under a roof," aquarium director Aslak Sverdrup told AFP on Thursday.

So far, none of the birds at the Bergen Aquarium caught the flu. 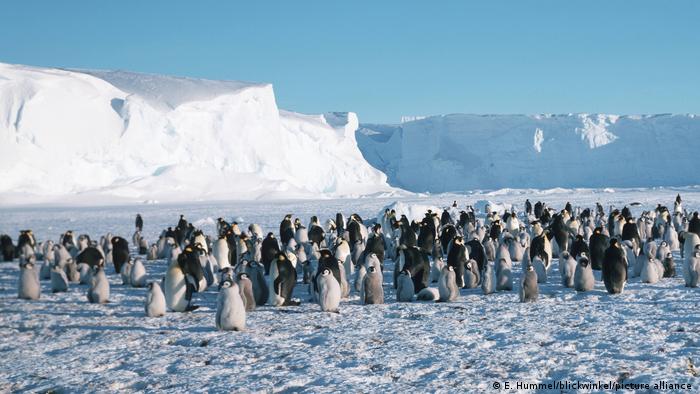 A colony of emperor penguines in Antarctica

Which penguines will get vaccinated first?

Twelve penguins have to be vaccinated. The birds in the highest risk group, the oldest, received their first doses on Wednesday.

Thursday was the youngest's turn.

The zoo posted a video of a few of the penguines getting vaccinated on their Instagram feed.

Among the freshly immunized is "Erna," named after Norway's Prime Minister Erna Solberg.

As a young woman, she once had a summer job at the aquarium, a tourist attraction in the western city where she was born.

"The fact that the penguins are being vaccinated now is pure coincidence, totally independent of the coronavirus," said Sverdrup. "But it shows that vaccines are important, even more so today," he said.

How do you vaccinate a penguin?

First of all, workers completely drained the penguin pond at the aquarium.

The birds would be difficult to get a hold of if they could go swimming after being confined for so long, Natalie Stenfeldt told local newspaper Bergen Tidende.

Struggling against her, he gets in a couple of good blows with his left wing, before she gets control.

Only then could veterinarian Hanne Marie Thomsen from the Animal Clinic in Bergen put in the vaccine.

"He's a big boy. It is quite difficult to keep him in place," said Stenfeldt. 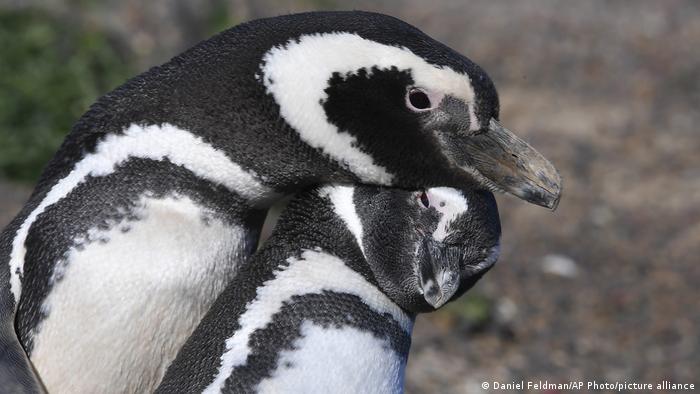 A pair of Megellanic penguins during the start of breeding season

What happens next to the penguins?

All penguins must be vaccinated with two doses before the Aquarium can take down the tarp that has been covering their enclosure.

But a few days after they get their second shot, the penguins can start meeting zoo visitors again.

Second doses are scheduled for April.

"It is a bit the same for the penguins as it is for us humans with the coronavirus vaccine. When they get the second dose, they too can start returning to everyday life," said aquarium director Sverdrup.