North Korea has described a raid on its embassy in Spain last month as a "grave terrorist attack." It called on Spanish authorities to bring the perpetrators to justice. 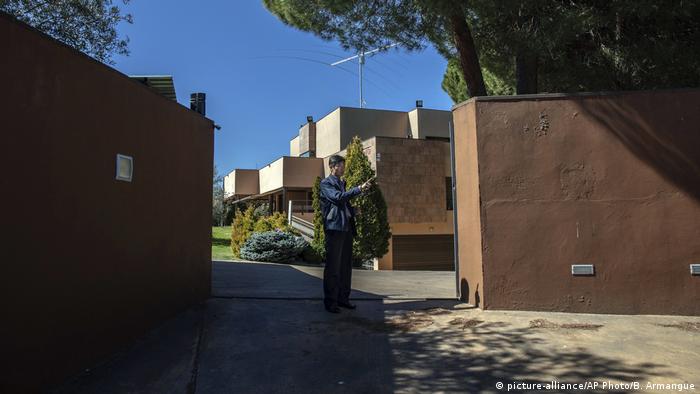 North Korea on Sunday said it wanted an investigation into a February raid by a dissident group on its embassy in the Spanish capital, Madrid.

North Korean state media quoted a Foreign Ministry spokesman as saying that the attack on the embassy was a grave breach of state sovereignty and a flagrant violation of international law.

"A grave terrorist attack occurred on February 22, where an armed group assaulted the DPRK Embassy in Spain," the spokesman said in a statement carried by the official KCNA news agency. "We expect that the authorities concerned in Spain ... carry out an investigation into the incident to the last in a responsible manner."

An investigation into the raid has already been launched in Madrid.

The incident in Madrid came just days ahead of the second summit between US President Donald Trump and North Korean leader Kim Jong Un in Vietnam on February 27-28. A group of armed men burst into the embassy, shackling and gagging staff before escaping with computers, hard drives and documents.

The 10 people allegedly involved in the raid belong to the Cheollima Civil Defense, a group that says it wants to oust the ruling Kim family and calls itself a North Korean government-in-exile.

On Wednesday, a Spanish court named Mexican national Adrian Hong Chang as the leader of the group.

It said the group approached the US Federal Bureau of Investigation (FBI) five days after the raid, offering it information it had collected during its assault.

In its statement on Sunday, its first official comment on the incident, North Korea suggested that the FBI could have been involved in the raid. The US State Department has denied that Washington had any connection with the break-in.