Bochum is a city that has become a prototype for the transformation of the Ruhr region from smokestack industries to high tech. Now the blue-collar city has come to represent the downside of globalization in Germany. 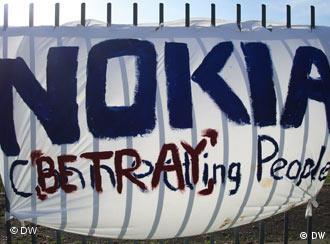 Bochum is a drab, nondescript city in the industrial heartland of the Ruhr Valley. It is home to German pop icon Herbert Grönemeyer, whose 1984 breakthrough album was named for the city, and a purpose-built stage for the "Starlight Express" musical extravaganza performed on in-line skates.

But these days it's not rock concerts or even the city's first-division soccer team that is persuading tens of thousands of people to head to the blue-collar workingman's town. They're making the journey to protest Nokia's decision to shut down an assembly plant in the grotty, run-down Riemke district. 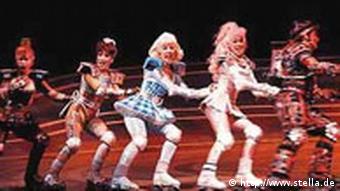 In mid-January, the Finnish management of the world's leading mobile phone maker announced its decision to close the Bochum production facility by mid-2008. The announcement came out of the blue for Nokia's 2,300 staff and over 1,000 part-time workers.

At the gated entrance of the Nokia industrial park, a white sheet with the company logo -- "connecting people" -- expresses employees' feelings. The word "connecting" is crossed out and replaced with the word "betraying" in blood red -- symbolic red for Dracula, the vampire from Transylvania, a part of Romania, where labor costs are one-tenth of Germany's and where Nokia is moving part of Bochum's production.

"Did you see today's headlines? Nokia says we can move to Romania if we want to keep our jobs," said Harry Abich, a maintenance technician. Like many of his colleagues, Abich got word about the plant closure from television reports and greeted the news with disbelief.

Some Nokia workers were holding a candlelight vigil at a solidarity tent outside of headquarters. They call themselves "Nokianers" at a company where collegiality is the norm and workers address each other on a first name basis, which is unusual for German companies.

The Nokianers were joined in protest by "Opelaners" or Opel autoworkers, who were in the same boat more than three years ago. General Motors, which owns Opel, had then announced deep job cuts at its assembly plant in Bochum. After massive protests, wildcat strikes and political wrangling, the plant and some jobs were saved, but lay-offs were inevitable, given Opel's financial losses. 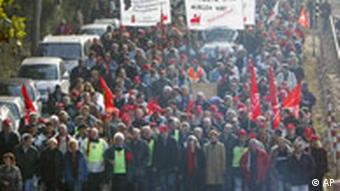 "There's a big difference between Opel and Nokia," said Heinz-Martin Dirks, head of economic development for the city of Bochum. "Opel was in the red. Nokia is deep in the black and reported record profits -- 7.2 billion euros ($10.6 billion) in 2007. What Nokia is doing is not very humane, to say the least."

Dirks called the job losses a shock for Bochum, but explained that the city has learned from the past to stand on its own two feet without becoming too dependent on a single industry.

Even the loss of some 25 million euros in annual tax revenues that Nokia pays the city will be made up in part by regional compensatory funds from the state of North Rhine-Westphalia, said Dirks.

From coal to steel to high-tech industry

Bochum, like other cities in the densely populated Ruhr Valley, has gone through structural transformations twice before in its postwar history. The coal mining pits that had fuelled Germany's Wirtschaftswunder, the country's economic miracle in the 1950s, went into steep decline in the 1960s, and were supplanted by the steel and automobile manufacturing. 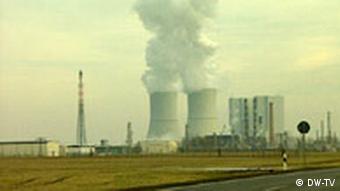 Then in 1965, the Ruhr University became the first postwar university to be established in Germany and not only created jobs, but brought a new intellectual community to the city, along with a healthy demand for cultural offerings, such as the Schauspielhaus theater and the city orchestra.

By the end of the 1980s, the number of Opel workers employed started declining from a peak of 20,000 to roughly 6,000 today. Then Nokia arrived in 1988 with more than 80 million euros in state and federal subsidies to replace losses in heavy industry, signaling a shift into the service and high-tech sector.

"Opel was a blessing for Bochum, and became a symbol of hope -- those displaced coal workers went to Opel," said Frank Goosen, a cabaret performer and novelist, who is one of the city's best known native sons. "Nokia on the other hand has become a symbol about all that is bad about globalization."

"Coal-mining wasn't profitable anymore, neither was Opel. But Nokia is making huge profits, and they're off to Romania now, so that their profit margins can be even bigger," said Goosen, who has joined his compatriots in either disposing of or replacing their Nokia phones. 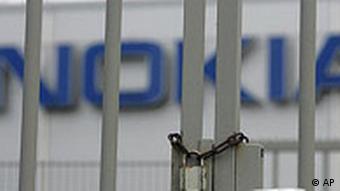 Late last week, over 56,000 people voiced their opinion on a Web site about the plant's closing and whether it affected their decision to buy the Nokia brand. A whopping 69 percent responded with a "yes."

Germany is the world's third largest export market for Nokia and the bitterness is palpable. There is even a box at the Schauspielhaus where people can dump their Nokia phones to be shipped to Finland with the curt message "Nokia must stay in Bochum."

At a meeting on Monday, Jan. 28, Nokia CEO Olli-Pekka Kallasvuo, German union officials and politicians said they wanted to find "innovative solutions" for the Bochum employees to find work. They, however, did not set a date for a second meeting.

The German trade union IG Metall said Tuesday, Jan. 22, that its talks with Finnish cell-phone maker Nokia had been unsuccessful, but vowed to continue the fight to keep a German factory open. (22.01.2008)

Debating the Damage of High Labor Costs for German Business

A study by the Cologne Institute for Economic Research says that German workers are the third-most expensive worldwide. Other economic experts say such statistics are misleading and that German labor costs are average. (10.08.2006)

Does Germany, as the world's leading exporter, really have a right to complain about the downside of globalization? Send us your comments and please include your full name and country in your reply.