A German court has ruled that Catholics must pay a special church tax if they want to take part in religious activities. It follows a warning by the church that those who fail to pay will be denied a religious burial. 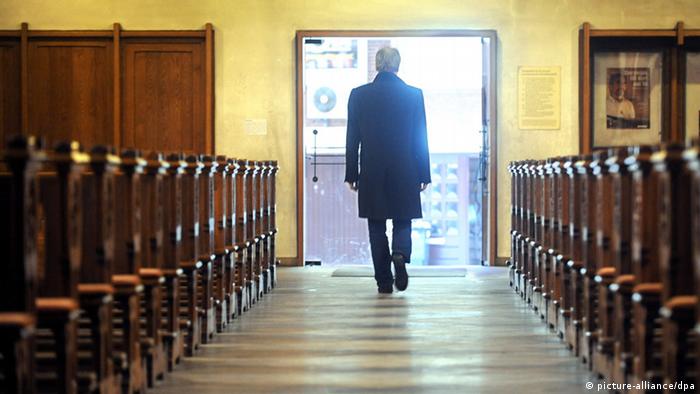 The Leipzig Federal Administrative Court ruled on Wednesday that Germans cannot remain members of the Catholic Church without paying a church tax. The case involved a retired professor of church law, Hartmut Zapp. In 2007, he filed a legal challenge insisting that he would no longer pay the church tax but that he intended to remain within the Catholic faith and continue praying and receiving Holy Communion. 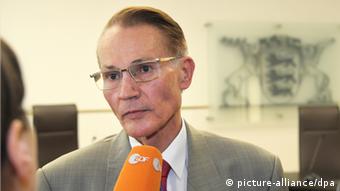 Hartmut Zapp mounted a legal challenge against the Church in 2007

Zapp argued that under Catholic doctrine, membership in the church was determined by a person's beliefs and not by a financial relationship.

The Leipzig court, however, disagreed and said that those who voluntarily left the church were no longer members of the church in the eyes of the state, regardless of their motives for leaving the faith.

Ahead of the ruling, some observers had said that if the court ruled in Zapp's favor, it would throw in doubt Germany's church tax system.

The system has been in place since the 19th century. All Germans who are officially registered as Catholics, Protestants or Jews pay a religious tax of 8-9 percent on their annual income tax bill. The levy is collected by German tax offices and channeled to those faiths.

Those who do not want to pay the religious tax can leave the church by making an official declaration that he or she is leaving the faith. That's exactly what a growing number of people have done in recent years.

In 2011 alone, around 126,000 Germans left the church. Germany is home to almost 25 million Catholics. The declining congregations have alarmed German bishops since the tax brings in billions for the Roman Catholic Church each year.

Ahead of the court's ruling on Wednesday, the German Bishops Conference sparked controversy by issuing a decree warning Catholics who stop paying the church tax that they would be excluded from all religious activities.

Although it does not amount to an excommunication from the church, the measures laid out in the decree severely limit active participation in the German Catholic Church.

Catholics who opt out of the tax will no longer be allowed to receive sacraments, except the last rites before death. They will also not be allowed to participate in confessions, confirmation. work in the church and its schools or hospitals, become a godparent, or take part in parish activities. 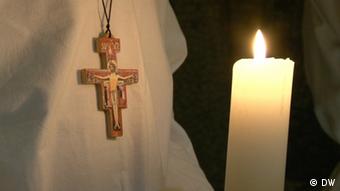 “It's a strong reduction of one's legal standing within the church,” Klaus Lüddicke, an expert on church law from Münster, told DW. “You practically have no real possibilities any more,” he said.

But he added that the church wasn't completely shutting its doors on those who opted to leave the faith. “You can of course continue to attend Mass,” Lüddicke pointed out. But Catholics would be denied sacraments, for instance, he added.

Those who opt out of the religious tax will still receive a burial spot in cemeteries since they're usually run by local authorities and not the church. But a religious Catholic burial led by a priest would not be allowed.

The measure has sparked outrage among many liberal and reformist Catholic activists in Germany.

“The formulation that you have to do without a church burial is really an irreconcilability beyond death,” Sigrid Grabmeier, spokeswoman for reformist movement “We are Church” told Deutsche Welle. She added that spiritual care and guidance was especially important for the families of the deceased.

“The church is squandering an incredible number of opportunities to reach out to people and to be there when they face adversity,” Grabmeier said.

Catholic kindergartens, homes for the elderly, schools and hospitals will however still remain open to those who leave the church.

That's because many of the institutions, though they're run by the church, are mainly financed by public funds and not by church taxes.

In future, those who contemplate leaving the faith are also meant to be invited for a talk with the local parish priest. The Catholic Church, it seems, isn't willing to entirely give up on church leavers.

Opinion: You have to play by the rules of the game

DW’s Klaus Krämer agrees with a German court ruling that those who don’t pay church taxes can no longer be Catholics. If you want to be a member of a community, he argues, you don’t just have rights, but obligations. (26.09.2012)

A final Mass in Beirut was the culmination of Pope Benedict's three-day visit to Lebanon. He used his trip to appeal to all people in the region for peace and hope. (16.09.2012)

The king of Bahrain has given the Catholic Church 9,000 square meters of land to build a cathedral. Radical Muslims have reacted in protest against the decision. (13.09.2012)