No Room for Holocaust Denial in Germany | Germany | News and in-depth reporting from Berlin and beyond | DW | 23.12.2005

German politicians swiftly condemned Iran's president when he called into question Israel's right to exist and said the Holocaust was a myth. Their reactions reflect a broad consensus on the issue in German society. 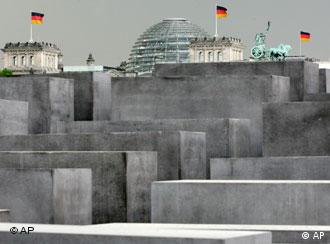 Berlin's memorial to the Holocaust was opened in May this year

Ahmadinejad caused international outrage in the past few weeks with a series of remarks, in which he said Israel -- described as a tumor -- should be wiped off the map, or moved to Europe, casting doubt on whether the mass extermination of Jews in Nazi Germany ever took place.

"For us, the unconditional acknowledgement of the State of Israel's right to exist is one of the fundamental pillars of German foreign policy," pronounced Deputy Foreign Minister Gernot Erler in the name of the German government.

Aside from a small group of right-wing extremists, a broad consensus in German society sees the World War II extermination of six million Jews as a historical fact that cannot be denied, according to historian Wolfgang Benz, who heads the Center for Anti-Semitism Research in Berlin.

"Everyone has gotten it: The Holocaust took place, the genocide existed. And it wrought horrible consequences that we continue to suffer from today," Benz said.

West Germany was indeed slow to come to turns with its Nazi past. The Nuremberg War Crimes Tribunal brought the horrors of Hitler's regime to light, despite the fact that many Germans didn't want to talk about what happened. 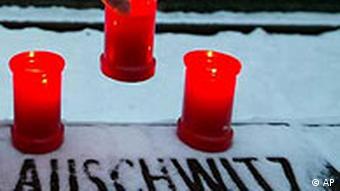 Germany has come clean about the Holocaust

"People were ashamed. People felt guilty and didn't want to deal with it publicly," Benz said. But they didn't deny it."

West Germany first made an effort during the student demonstrations in the late 1960s. They weren't just protesting against the Vietnam War, but also demanded that their parents speak openly about the Nazi past.

An unexpectedly passionate debate developed in West Germany in the late 1970s, when "Holocaust," an American mini-series about a Jewish family during the Third Reich, was aired on television. People began to grasp the emotional dimension of the Holocaust in which real people were killed, not just an abstract figure of six million, Benz said.

In the mid-1980s, German newspapers were filled with the so-called Historiker-Streit, a passionate dispute between German historians, not about whether the Holocaust occurred, but about whether it was a unique event in world history. In the end, the opinion prevailed that the Holocaust was a crime that could not be equated or even compared to the horrors of Stalin's regime in the Soviet Union.

Germany's parliament passed legislation in 1985, making it a crime to deny the extermination of the Jews. In 1994, the law was tightened. Now, anyone who publicly endorses, denies or plays down the genocide against the Jews faces a maximum penalty of five years in jail and no less than the imposition of a fine.

"It affects the agitator who claims the Jews prey on the German people, that they invented the Holocaust for that purpose, that foreigners should all be thrown out and that the discussion should finally be over with," Benz said. "He must be punished because he engages in incitement of the masses, because he slanders the memory of those murdered, because he slanders our fellow citizens."

Austria imposes even tougher penalties for such offences. Historian and Holocaust-denier David Irving, who was recently arrested there, faces up to 20 years in jail.

Germany plans to ask the UN Security Council to punish Iran for remarks made by its president questioning the reality of the Holocaust, a senior government official says in an interview to be published Sunday. (Dec. 17, 2005)

The German press was fuming over Iranian President Mahmoud Ahmadinejad's repeated attacks against Israel and denial of the Holocaust. Editorialists also put forward their views on how Germany and West should react. (Dec. 15, 2005)

The Nuremberg trials of 22 Nazi leaders opened on Nov. 20, 1945. Sixty years later, Nuremberg's legacy is apparent in the development of modern international law, even if the Americans are no longer setting the tone. (Nov. 18, 2005)