No comeback for Germany′s former minister of defense | Germany| News and in-depth reporting from Berlin and beyond | DW | 20.01.2012

No comeback for Germany's former minister of defense

Germany's charismatic former minister of defense, Karl-Theodor zu Guttenberg, will not be returning to the political stage in the 2013 elections. He had resigned in shame almost a year ago. 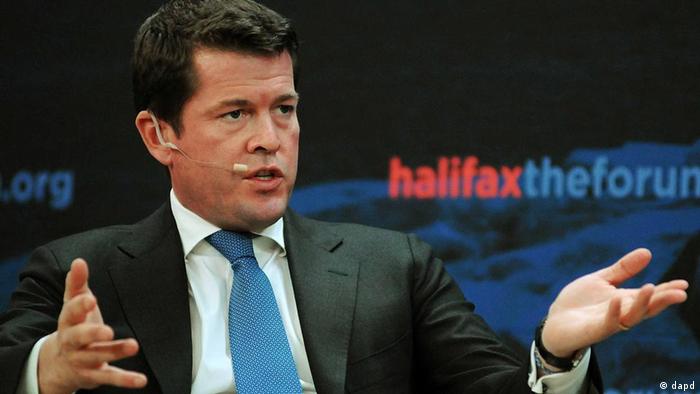 Christian Social party leader Horst Seehofer told the press on Friday that Germany's former star politician would not be entering the race for the next parliamentary elections, in 2013.

The reasons, according to Seehofer, were of personal nature. Guttenberg wrote in a letter that the timing was not right for his return and that he still had to learn from his mistakes.

He also said in the letter that he did not wish to be a permanent member of Germany's public landscape.

Guttenberg, Germany's most charismatic politician, resigned from his office as minister of defense in March 2011 amid a plagiarism scandal surrounding his doctoral thesis.

Charges of plagiarism against him were dropped at the end of November in exchange for a donation of 20,000 euros to a children's cancer charity.

He moved to the US with his family and joined the Center for Strategic and International Studies (CSIS) as a "Distinguished Statesman." In December he assumed a position with the EU working as an advisor for Internet freedom.

Bavarian aristocrat and former German defense minister Karl-Theodor zu Guttenberg has paid 20,000 euros to avoid prosecution on charges of plagiarism. With the case dismissed, Guttenberg could stage a political comeback. (23.11.2011)