No "Angolan Spring" before the elections.

National elections will be held in Angola at the end of the month. The polls are expected to end in victory for the ruling MPLA party, though they are tentative signs of a "Angolan Spring." 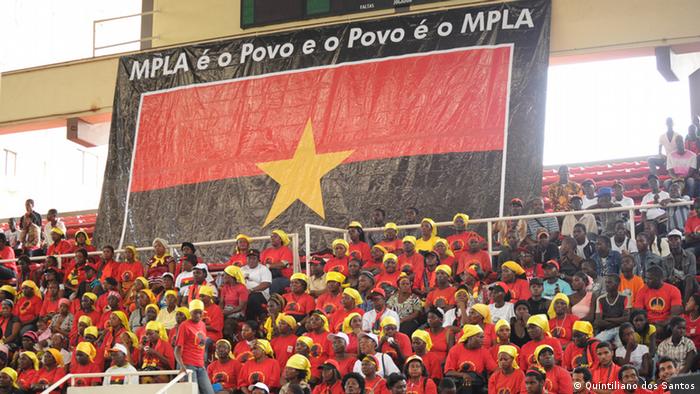 Inspired by the Arab Spring that swept through the Middle East and North Africa, more and more young Angolans are calling for the ousting of President Eduardo dos Santos.

His MPLA party has ruled the country since it gained independence from Portugal more than 30 years ago.

The only authoritarian leader who has been in power longer than dos Santos is Equatorial Guinea's Teodoro Obiang Nguema.

The MPLA dominates politics and the media. Increasingly, though, young people in Angola are coming to believe they have had enough of their dictator.

Students, artists and citizens' rights activists, have been openly calling for demonstrations to overthrow dos Santos since last year

30-year-old rapper Carbono Casimiro's lyrics tell of the desperation felt by young people. His country, Angola, is one of the most resource-rich countries in the world, yet it offers no prospects for its youth. Instead, they are ground down by unemployment, poverty and corruption.

“We are all victims of catastrophic governance, that's why i don't just do music, but I hit the streets with other young people and demonstrate against the government”, says Casimoro. “But the government suppresses our freedoms, and we are afraid something could happen to us. We are peaceful and we're not looking for confrontation with the government. We want justice.."

Hope for an "Angolan Spring" 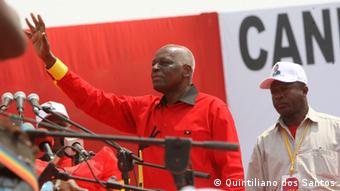 Although the protest movement believes the majority of the population is on their side, especially in the slums of the capital, Luanda, only a few hundred protestors have the courage to take to the streets.

Others are worried by reprisals from the state security apparatus. "Zedu", as the Angolan President dos Santos is called by the population, is a feared man.

Yet some young Angolans are wondering that if the former Tunisian leader Ben Ali, Egypt's Hosni Mubarak, or Libya's Muammar Gaddafi can be ousted from power, then why couldn't the same happen to dos Santos..

The young protestors appear to be well-organized and perhaps aware of the dangers they face if caught by security agents. They communicate via mobile phone and the Internet.

On social media the young protestors call for a revolution of the Angolan people against 32 years of tyranny and bad governance. Some of their slogans read "Angola's Youth against Corruption" or "President zedu out - Down with dictatorship". 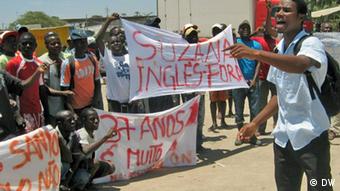 Youth demonstrations hope to bring about change in Angola

Angolan police, military and intelligence agencies are nervous. Attempts to bribe the leaders of the protesters with cash or cars, alternate with threats, violence and attacks against members of the protest movement who are known to them.

Despite this intimidation, Libertador, the pseudonym of one of the protest movement leaders, is determined not to give in. ”For almost 33 years we have had a tyrant in power, we will never stop fighting for democracy in our country," he says. 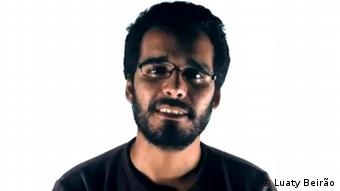 Angola is still a long way from being a democracy, because the opposition parties are not given a fair chance to compete with the party in power.

Rapper Luaty Beirão, known as "Ikonoklasta" or "Brigadeiro Matafrakus" in hip-hop circles, wishes that the MPLA were swept from office. "People of my age have never known a time when there was another party in power," he says.

Luaty Beirão comes from a family loyal to regime. His father, João Beirão, was, for many years the head of the state-owned dos Santos Foundation. The son, though, regards the Angolan political elite with contempt..

"We are fed up with the MPLA and are hungry for change. The MPLA have installed a dirty, corrupt system in our country ," he says. He will be voting against the MPLA in the elections on 31 August 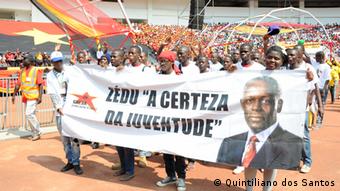 Rapper Carbono Casimiro has recently released a new song on the Internet. It tells of the brutality the regime uses to repress dissent . "They beat us up and arrest us just because we demand bread, medical care and education," the lyrics say

Carbono himself has experienced such brutality first hand. He was jailed for several weeks because he joined a demonstration against President Eduardo dos Santos.

Optimistic observers believe that an Angolan Spring will eventually erode away the power of the MPLA and its leaders, even if they do win the elections on August 31.

Angola cracks down on anti-government activists

The Arab revolutions have inspired protesters and human rights advocates in other African nations. In oil-rich Angola, activists have repeatedly taken to the streets to demonstrate. But the authorities are cracking down. (14.09.2011)

German economic interests play a key role during Angela Merkel's three-country trip to Africa. In oil-rich Angola, improving business ties will be a major topic on the agenda for Chancellor Merkel. (12.07.2011)