Hundreds of Zimbabwean women are protesting in Harare against a spree of arbitrary arrests by local police. Rights groups say authorities are detaining any women they see out after dark for soliciting. 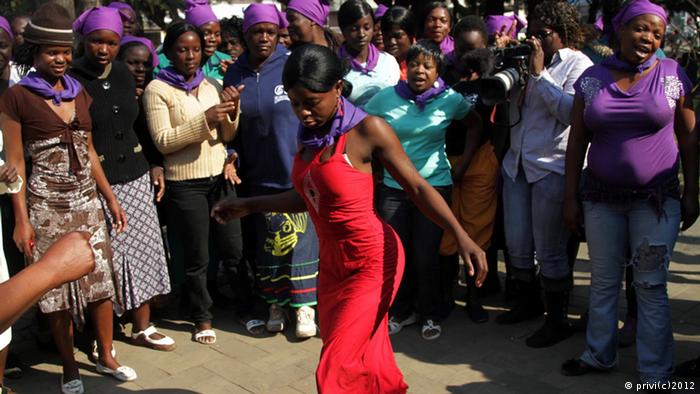 Women in Harare said they are tired of having to run from the police after the sun goes down and that they - like their male countrymen - have the right to be on the streets of Zimbabwe whenever they wish.

The Zimbabwean constitution prohibits prostitution and Harare police have recently launched a crackdown on sex workers and arrested many women as supposed "prostitutes." But the protesters said most of the women arrested were not commercial sex workers and added that police were taking in any women they found out at night.

"This is an action against the illegal and arbitrary arrest of women that the police are carrying out," said Zimbabwean writer and activist Tsitsi Dangaremba.

"The arrests are carried out on the basis of what [police] call soliciting and stopping of women from going on with their daily basis," Dangaremba added. "They are interfering with the freedom of movement of women. Many of the women here have been arrested. Many have been harassed and so we have decided to take action." 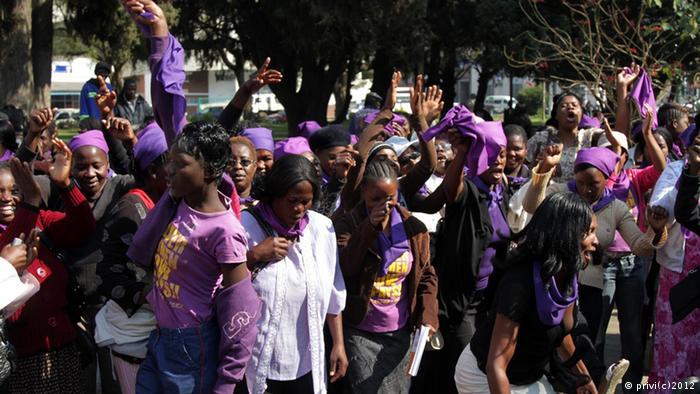 "We arrest people after hours. There are places that many people in Harare know if they want to get a woman for the purpose of prostitution. Those are the places that we target as police," he added.

At Harare's Union Square, Dangaremba joined some 300 women protesting that they "have had enough of police brutality against women."

'Good women are not out at night'

Anna Meki, 28, said she was arrested with her cousin on their way home from a nightclub. When Meki said she tried to tell the police officers they were not sex workers, an officer remarked "good women are not out at night." Meki said another officer responded that the police believe any woman out late must be a sex worker.

"They asked us over and over again where our husbands were," Meki told DW. "It seemed clear that the fact that we were unmarried was problematic. At some point we resolved we were going to observe our right to remain silent, they started to get angry that we were being silent." 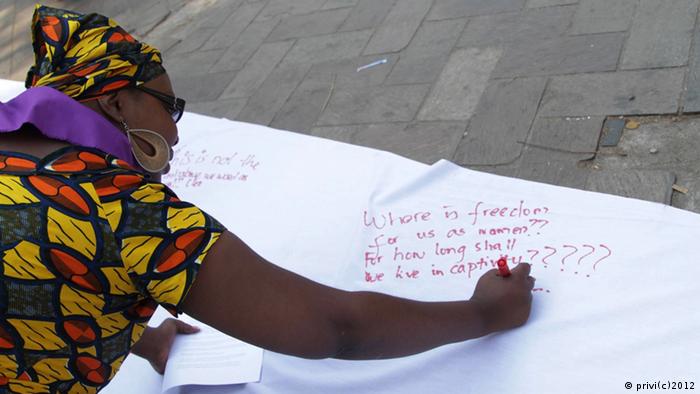 Women in Zimbabwe wonder where their freedoms are

The protesters also stated that some women have even been arrested in the company of their husbands. They claimed the Harare police have done them two kinds of wrong. Firstly, they have been referred to as sex workers and that is shameful in Zimbabwean society, and secondly, they have been arrested arbitrarily. They asked why their male counterparts do not get arrested for loitering but only females who are out at night.

Inspector Sabau said the crackdown - called Operation Chipochiroorwa, or Girl Get Married - would continue as long the constitution prohibits prostitution. He said the arrests protect the image of Zimbabwean women. But the protesters argued the mass arrests violate their human right to freedom of movement.

Dangaremba said she and other protesters will take to the streets during the day in protest until their voices are heard. She added they will do everything it takes to stop the police from making further arrests.

"We have outlined our grievances that women were part of the liberation struggles," she said. "We have been working with the rest of the nation to build this country. And therefore we expect to be treated as equals and as full citizens of this country and also to enjoy our citizen rights."