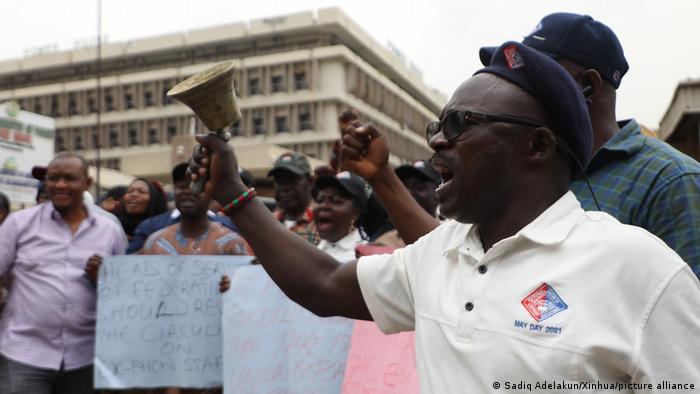 Utility workers in Nigeria have suspended a nationwide strike that had thrown parts of Africa's most populous nation into darkness, a union leader said Thursday.

Striking electricity workers shut down the West African nation's power grid Wednesday, plunging more than 200 million people into darkness for several hours, but a long-term blackout, at least for now, has been averted.

The Nigerian government said it needed two weeks as it sought time to resolve the crisis, something union leader Joe Ajaero agreed to.

The National Union of Electricity Employees said the strike was to force the government to honor a 2019 agreement stating it would offer financial assistance to retired workers of a former state-owned electricity company.

On Wednesday, power cuts were soon reported in Lagos, in the northern city of Kano and in the oil hub of Port Harcourt.

Nigeria government under pressure over growing threat from 'bandits'

After a scheduled meeting late on Wednesday with the labor minister and other government representatives, the strike was "suspended," union leader Ajaero told the news agency AFP.

"Normal operation will be restored immediately. But if after two weeks nothing is done we will resume the strike," said Ajaero.

Nigeria has about 7,000 megawatts of electricity available but it distributes less than 4,000 because of a lack of technical capacity.

The national grid has also suffered many supply issues throughout this year.

Digitization without monetization: African news media stuck between a rock and a hard place

Ntibinyane Ntibinyane says that African local news outlets need innovation — and money. The founder of the INK Centre for Investigative Journalism highlights that journalism in Africa is facing increasing threats.