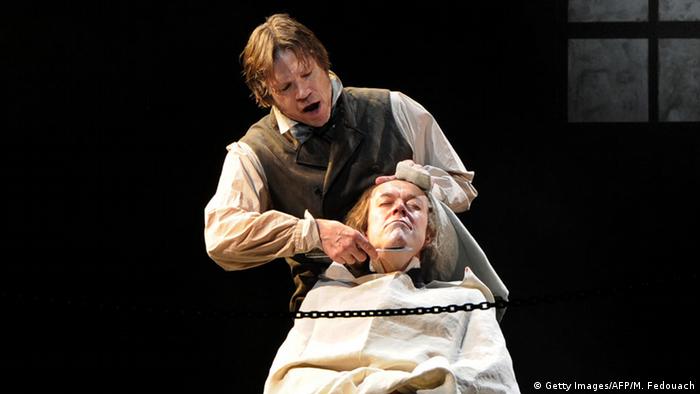 Sweeney Todd plays are staged all over the world, this image is from a dress rehearsal of a Paris production

The opening night of a student musical in New Zealand ended abruptly after two of the teenage actors were injured during a throat-cutting scene, local media reported on Thursday.

The two 16-year-old boys were taken to hospital following the accident, one with serious injuries, the other with moderate injuries.

The incident occurred at Saint Kentigern College in Auckland which was performing the grisly "Sweeney Todd: the Demon Barber of Fleet Street" musical before a crowd of parents. 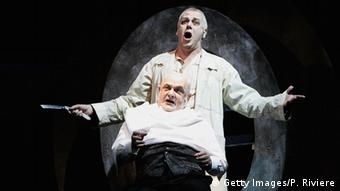 The Stephen Sondheim musical tells the story of English barber Sweeney Todd, a fictional Victorian character who cut his customers' throats and gives the bodies to his accomplice Mrs. Lovett, who then bakes them into meat pies.

"We are very concerned about the accident at our college musical and we are investigating the cause of this. We are pleased that both boys are in stable condition," said college head Steve Cole in a statement. The boys were reportedly released from the hospital on Thursday.

Cole also told media that the prop razor, which caused the injuries, had been blunted and wrapped in several layers of duct tape.

"It had been bound in Cellophane, bound in all sorts of things," he told radio station Newstalk ZB. "It was very non-sharp, blunted, and had been through all sorts of health and safety checks. It was a very unfortunate mishap."

"An investigation is being conducted to determine exactly what happened and ensure this does not recur," Cole said, adding that counseling was being offered to all students, including the play's cast and crew.

The college canceled Thursday night's performance of the musical, but said the show could resume on Friday.

No one wants to be a victim, but boys in Germany were sexually abused in Catholic schools. Now a new play examines their struggles as adults - and comes painfully close to reality. (29.01.2016)

When a performance of 'Mein Kampf' makes Hitler feel human

Breaking a taboo, the critical edition of Hitler's "Mein Kampf" has become a bestseller in Germany. An unusual reading of the dictator's manifesto at the lit.Cologne festival shows that the work can still unsettle. (17.03.2016)