A new international university league table published Thursday by the London Times shows only one non-Anglo-Saxon university in its top 20. A new ranking system commissioned by the EU aims to offer an alternative. 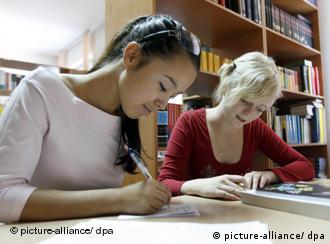 The US retains its dominance of university league tables

The London Times' Higher Education supplement merely reshuffled the top 10 of its new university league table, published Thursday. As in previous years, the world's best universities, according to the Times, are only to be found in two countries: the United Kingdom and the United States. Harvard came first for the sixth year in succession, while Britain's Cambridge University has overtaken Yale in second place.

The Australian National University, McGill University in Canada and the Swiss Federal Institute of Technology in Zurich are the only colleges outside those two nations to break into the top 20, which offered little comfort to the non-English institutions striving for international recognition.

"There aren't really any surprises in it," Petra Giebisch of the Center for Higher Education Development (CHE) in Guetersloh told Deutsche Welle. Giebisch is currently leading a project aimed at creating a better ranking system that does not favor English speaking universities. "That was one of the thoughts behind our pilot project," she said. 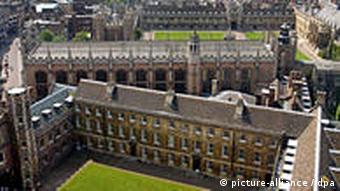 Germany had very little to show for its recent efforts to establish elite centers of learning. The best German university was the Technical University in Munich, which reached rank 55, two places ahead of Heidelberg University. The only two other German universities to scrape into the top 100 were the Free University of Berlin (94th place), and Munich's Ludwig-Maximilians University (98th place).

But the new rankings do register a slight improvement for European and particularly Asian universities at the expense of US colleges. Institutions in Switzerland, Netherlands, Japan, Hong Kong, South Korea and Malaysia all showed better rankings than in previous years. But the USA remains by far the best-represented nation on the list, with 54 of the top 200 universities, and the list has re-opened the debate on the bias and the effectiveness of international university ranking systems.

Like most international ranking systems, the Times' league table, published in association with the Quacquarelli Symonds higher education services company, heavily favors English-speaking institutions. This is mainly because one of the criteria is the status of research in that institution, measured by the number of articles published in academic journals. Since most academic journals around the world are in English, English-speaking institutions have better access.

Times Higher Education admitted as much in an article accompanying 2008's results: "We accept that all such [citation] data have some inherent biases, especially towards publishing in English."

In this year's assessment of the results, the Times also hinted that more citations in English publications had led to the improved scores for Asian universities: "These universities have also stressed the importance of their professors publishing in international journals, which has no doubt increased the visibility of their research."

Data based on the number of citations make up 20 percent of the final score. The other five criteria are peer review (40 percent), recruiter review (10 percent), international faculty and international students' assessment (5 percent each) and faculty/student score (20 percent).

The emphasis on peer review has led some critics to suggest that the Times survey, which this year took in over 9,386 academics and 3,200 employers, leads to less than objective analyses.

But the new ranking system being developed by the CHE since June this year and commissioned by the European Union is only partly a reaction to the English bias of standard league tables like the Times Higher Education. Many experts criticize the usefulness of straight league tables in the first place, and Giebisch says, "We want to develop a new concept for a worldwide university comparison." 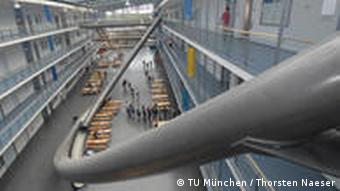 The Technical University in Munich is Germany's best, according to the survey

This concept will not be based on a monolithic league table comparing entire institutions with one another, but will group institutions by individual factors and compare individual criteria. "The idea is to find out if we can develop appropriate indicators to see whether comparisons are possible within certain types of centers of higher education," Giebisch said.

At the moment the pilot scheme is limited to two subjects - economics and engineering - and to selected universities around the world, and its results are expected to appear in summer 2011.

CHE hopes the scheme will lead to an interactive tool giving prospective students a more flexible and needs-based idea of which university to choose than an international league table can provide.

German education Minister Schavan has suggested giving every university in the country half a million euros to spend on modernisation. Many students are furious since this is not even enough to repair the toilets. (22.12.2008)

High school and college students across Germany are ditching class and going on strike all this week. They're speaking out for education reform - and turning on the heat ahead of the national elections. (17.06.2009)

In Germany, you can study almost anything -- and often in English. Many universities are switching over to Bachelor and Master degree programs, so studies completed in Germany are gaining in international currency. (05.02.2009)