Scientists have published a new map of the universe as it was 11 billion years ago. It lends fresh insight into the period between the Big Bang and the expansion of the universe. 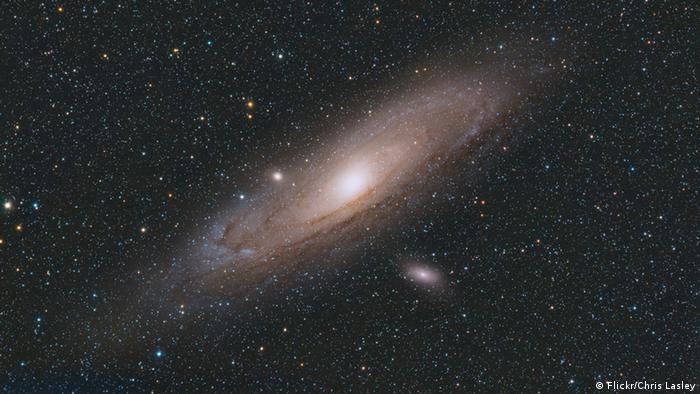 Not only is our universe expanding, but it is expanding at an accelerated rate. But that has not always been the case.

An international consortium of scientists have for the first time mapped the universe as it was about 11 billion years ago - nearly 3 billion years after the Big Bang.

And their work has shown them that the universe went through a period after the Big Bang when expansion of the universe slowed before accelerating again.

Their findings, which are based on statistical analysis of data gathered from a Sloan Digital Sky Survey telescope, go another step towards confirming the prevailing theory of dark matter and dark energy.

Astronomers say dark energy must exist to account for the speed at which the universe is expanding.

To determine the relative location of galaxies in the universe astronomers have commonly measured changes in the wavelengths of light due to gravity. This is known as redshift.

But the new study combined two different methods in its analysis.

The first involved measuring the distance traveled by soundwaves released at the Big Bang until the time that atoms began to form.

James Rich, among the more than 60 authors listed on the study, explains that these measurements - called baryon acoustic oscillations - created a "magic distance" of about 300 million light years between clouds of hydrogen in the universe. 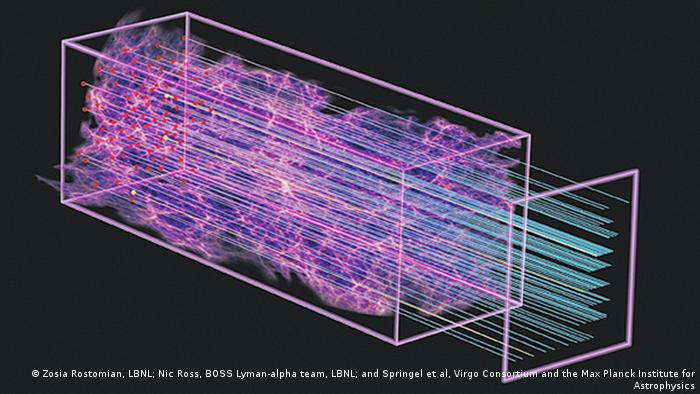 "There's a lot of randomness in the universe, but these oscillations are one of the few places where the simplicity of the underlying physics is manifest in what you see in the sky," says Rich.

An astronomer with the Institute for the Investigation of the Fundamental Laws of the Universe, located outside Paris, Rich says the study crunched numbers to correlate this probability.

Will Percival, a cosmologist at the UK's Institute of Cosmology and Gravitation is another co-author. He says that the distance between these clouds of hydrogen gas acts as a physical scale, allowing the scientists to map the rate of the universe's expansion.

"What we can do with this map is pick up a standard ruler of the universe," says Percival. "The gas clouds are like islands popping up in the ocean of the universe, and we are using these to map its structure."

The other part of the study's method looks at how much light emitted by distant quasars, or very bright galaxy nuclei, is absorbed by these hydrogen clouds.

This so-called "Lyman-alpha forest," which measures the shadows cast by gas from quasars, generates a picture of where the gas clouds are in the universe between the quasar and Planet Earth.

By comparing this picture of a relatively young universe with known distributions of galaxies from the second half of its existence, the scientists found that expansion of the universe slowed down before a "growth spurt" when it was around 6 billion years old. 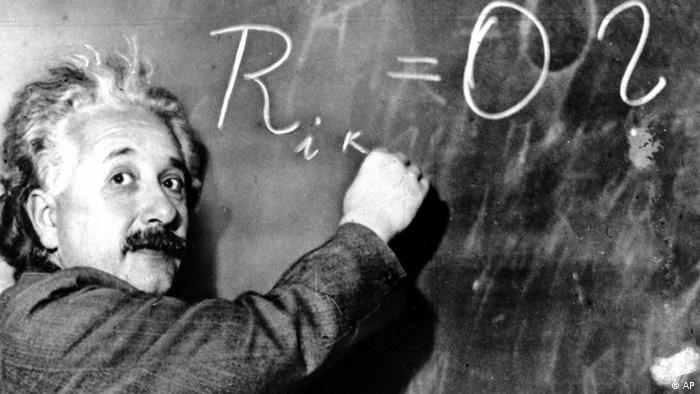 Matthew Pieri, one of the researchers based at the University of Portsmouth, uses the metaphor of a roller coaster to describe how expansion of the universe unfolded.

"Our new measurement tells us about the time when the universe was climbing the hill - still being slowed by gravity," Pieri said in a statement. And ever since the roller coaster crested the hill about 7 billion years ago, "[we've been] rushing downhill, gaining speed as we go."

This finding is "fully consistent with standard picture of dark matter and dark energy," says Percival.

Dark matter neither emits nor scatters light - it is yet to be directly detected - but strong evidence supports its existence.

Dark energy, on the other hand, is theorized to balance gravity.

Inserted as a constant by Albert Einstein to make his equations work, dark energy is thought to be behind the constant expansion of the universe. But it remains one of the greatest puzzles of astrophysics.

"We've got a name for it, but this means nothing," Percival says. "Dark energy continues to be a big mystery."

The international consortium's findings are published in the journal "Astronomy and Astrophysics."

British and German astronomers have discovered a new planet which could support life. But the planet is light years away, and what its discovery means for us is unclear. (08.11.2012)

Leading particle physicists at CERN have revealed a major breakthrough in the search for the elusive Higgs boson. But CERN's director general says the real work starts now. (04.07.2012)