Russia is toughening its stance on the espionage affair in the United States, and accusing the US of recalling the Cold War with its high profile arrests. But who is really caught in the past? 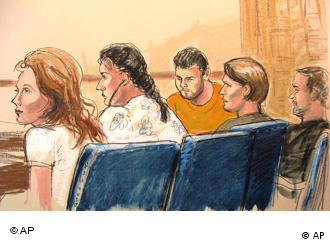 The initial reaction from the Russian government has been tough and outraged. A spokesman on Tuesday called American allegations that 11 people spied for Moscow over 20 years "baseless," and Deputy Justice Minister and parliament member Vladimir Kolesnikov quickly turned his attention to the US spies who may be operating in Russia.

"It is after all no secret that agents of the US secret services work in Russia," Kolesnikov said in Moscow. "But so far they have, when unmasked, only quietly been expelled out of Russia. Now we will probably have to bring them before a court." Either way, Kolesnikov added, he expects an "adequate reaction" from Russia. 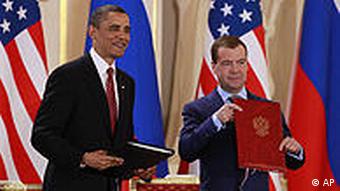 Obama's 'reset' strategy has been successful so far

Foreign Minister Sergei Lavrov was more circumspect, simply demanding an explanation for the arrests from US authorities. "They have not explained to us what they are talking about. I hope they will explain."

The timing of the arrests could hardly be more sensitive. Russian President Dmitry Medvedev had barely returned from a trip to North America to sell Russia as an investor-friendly economy, and relations between the two old foes are better than they have been for many years, thanks largely to President Barack Obama's "reset" policy, following the suspicion of the Bush years.

This, observers believe, will have an effect on the two leaders domestically. Stefan Meister, research fellow at the German Council on Foreign Relations (DGAP), told Deutsche Welle, "It could strengthen those forces in Russia that see this rapprochement critically. And it will also increase the pressure on Obama to be more critical of Russia."

But Meister believes the long-term consequences will be limited. "There is of course a pressure on Medvedev to react harshly, or to send some kind of signal," he said. "The question is how big that pressure is, and what else happens. I think he himself won't want to react so strongly. It is in Russia's interests to work together with the US, and I think large parts of the elite there share this view."

Both countries, Meister says, have bigger headaches that require mutual support. "I don't believe this will lead to a fundamental policy change. The problems facing the USA and Russia at the moment -- Iran, the financial crisis, Afghanistan -- require them to cooperate. This incident is serious, but not serious enough."

Alex Nice, coordinator of the Russia program of British think-tank Chatham House, agrees. "There have been these kinds of scandals in the past, and perhaps there'll be some kind of tit-for-tat response from Russia, but then people sort of move on." 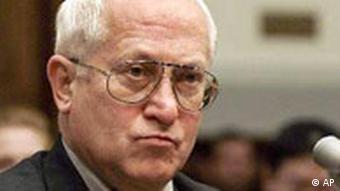 Nevertheless, the scandal says a lot about the old-fashioned paranoia still embedded in the secret services on both sides. The ingredients of this scandal have all been seen before - genteel suburban houses masking a world of deception, deep-cover identities and secret codes.

With an incremental update in technology, spy scandals have returned regularly throughout the post-Cold War era. In almost all cases, these scandals have been characterized by tit-for-tat expulsions, with notable attention being paid to symmetry.

In May 1996, Moscow and London both ordered the expulsion of four diplomats from the other country following espionage allegations. Eleven Soviet citizens had previously been evicted from Britain in 1989 due to "irrefutable" evidence of spying. Moscow retorted with the expulsion of 11 British citizens.

Similarly in March 2001, Washington cracked down on up to 50 presumed Russian spies with diplomatic status. They were evicted, with US officials justifying the move by pointing to the unmasking of Moscow's FBI spy Robert Hanssen.

American media at the time estimated that 200 to 400 Russian agents were operating in the US in the years after the collapse of the Soviet Union. In the aftermath of Monday's arrests, Oleg Gordievsky, an ex-deputy head of the KGB in London who defected in 1985, estimated that Russia likely still has 40 to 50 couples operating under deep cover in the US, and that Medvedev would be aware of the precise numbers, if not the names, of so-called illegal operatives in each target country.

Meister suggests that certain elements within the security forces of the two superpowers have not allowed political realities to interfere with their habits - and simply let deep-cover operations continue.

"These people got there assignments in the mid-nineties, when this old thinking was even stronger," he said. "And they are sending information which some people apparently consider important, or else it wouldn't continue. As long as people affected by the Cold War are still there, then of course political espionage still exists." 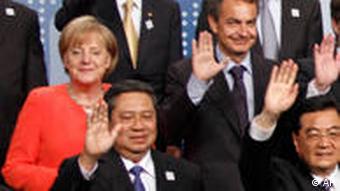 Medvedev has just returned from the G-20 summit in Toronto

Alex Nice points out that the logistics of international political espionage have barely changed since the Cold War. "The former head of MI5 remarked a few years ago that Russian espionage in Britain had reached Cold War levels," he said. "And another commentator pointed out that the US, unlike many other countries, has not wound down its domestic counter-espionage since the Cold War. Evidently these things still go on, and I'm sure they are not just conducted by Russia."

In recent months, the issue of industrial espionage has overshadowed the political - information about new technologies and production techniques are much more valuable to Russia than any 'state secrets' about policy decisions, which those arrested this week appeared to be gathering.

But the two spheres do not exclude one another. As Meister says, "Countries like Russia and China, which are in search of new technologies and are not capable of producing these themselves, are certainly a big issue at the moment. From this perspective, the incident does undermine the trust between the states."

And there are wider implications: "Obviously it's damaging," says Nice, "And it's a reminder again that the 'reset' policy is not built on shared values, and that in some areas, Russia and the US are competitors rather than allies."

Whether or not this week's arrests were intentionally timed to destabilize relations, as some Russian commentators have claimed, it seems clear that there are conservative military circles on both sides who still see the other as the biggest international threat.

Companies failing to protect themselves from external attack risk losing their competitive edge. In the information age, the threat of industrial espionage is all too real, with thousands of jobs at stake in Germany. (29.06.2010)

The Kremlin says the arrests of 10 alleged spies working for Moscow in the US are "full of contradictions." The FBI said Monday it had been secretly monitoring the agents for over a decade. (29.06.2010)

Ahead of the G8 and G20 summits, US President Barack Obama met Russian leader Dmitry Medvedev to discuss economic policy and trade. The Russian president's first visit to the White House marks a warming in relations. (25.06.2010)

Russia expects a proper explanation over the arrest of spy suspects (29.06.2010)