New law in Serbia creates wave of complaints of workplace bullying | Europe | News and current affairs from around the continent | DW | 28.10.2010

A recently-enacted law in Serbia banning bullying at the workplace appears to be a major success, and experts are pointing to a rise in reported bullying complaints to show the necessity of such laws. 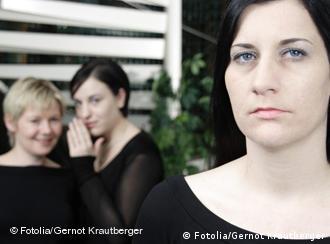 Workplace bullying has been common in Serbia

Authorities in Serbia have reported a massive increase in reports of bosses bullying their employees since a new law came into effect a month ago.

In the short time the law has been on the books, the government agency responsible for mediating legal disputes in the workplace has reported about 400 cases citing the new law. That's up to 15 reports per day, according to workplace legal consultant Olga Kicanovic, who works for the agency.

Kicanovic told Deutsche Welle she was surprised how well-informed employees in Serbia were over their legal rights. 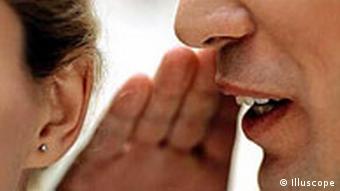 "They sat there, even with the text of the law in their hands, and said, 'I have this problem that is defined in this paragraph of the law,'" she said. "I find that incredible, because most people don't even read the traffic laws so closely."

Workplace bullying can occur in all sectors of employment within a given company, Kicanovic said, which is why reports of mistreatment have come as much from highly qualified as average-level employees. There has also been little distinction between reports from private and public employers, she added.

Attorney Lena Pelic said she welcomed both the theory behind and the application of the law.

"Due to the economic crisis that is still affecting Serbia, I believe employees really need protection," she said. "In recent years, people been exposed to several different forms of mistreatment at work."

According to estimates by the Serbian Ministry for Labor and Social Affairs, the huge number of claims is only temporary. 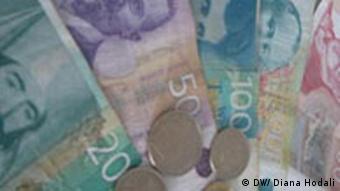 "Our foreign colleagues who already have experience with these kinds of laws warned that there would be numerous claims filed shortly after the law comes into effect," said Deputy Labor Minister Radmila Bukumiric Katic. "In about a year, these numbers are likely to level out at a much lower average."

She added that in "definitely more than half of these reports" there has been no violation of the anti-bullying law, despite an employee's claims.

Unequal salaries, for example, are not covered under the law, Katic said. This has led critics to call for clarifications in a perceived vagueness of the law's language.

Legal and human resource departments at various companies have also contacted the authorities for additional information on the law, which the government has given as evidence that employers are taking the law seriously. All of the firms in Serbia that Deutsche Welle contacted declined to comment on the law.

Before the legislation came into effect, many critics dismissed it as practically unenforceable. But lawmakers and government labor authorities defended it, saying it simplifies the mediation process and cuts it down to a month's time. As punishment, employers can be given fines of up to 800,000 dinar (7,500 euros, $1,100).

A victim of cyber bullying in South Korea

Recently, a German writer attracted the collective wrath of the Korean internet community. (22.02.2010)

A former Siemens employee, who says she was harassed and discriminated against, is seeking 2 million euros compensation. Experts say workplace bullying is a growing problem in Germany. (20.01.2010)

Seven years ago India's Supreme Court recognized sexual harassment as a human rights violation. Currently, the government is in the process of drafting legislation to define and prevent it in the workplace. (08.04.2010)