The Netherlands has formally apologized for mass killings carried out by its military in Indonesia's war for independence six decades ago. The relatives of some of those killed attended the ceremony in Jakarta. 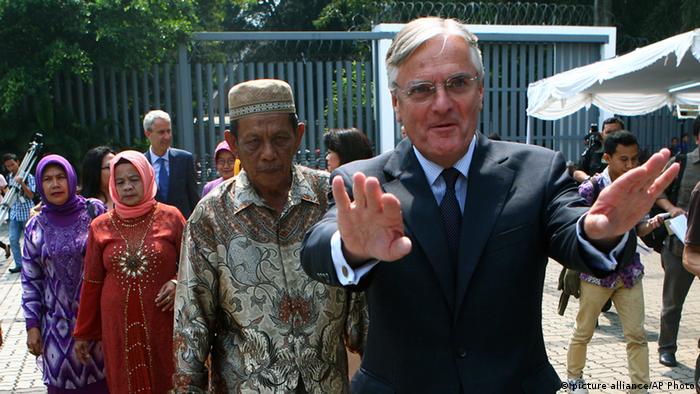 The Dutch ambassador to Indonesia, Tjeerd de Zwaan, made the apology for the massacres during a ceremony at the Dutch Embassy in the Indonesian capital, Jakarta.

"On behalf of the Dutch government, I apologize for these excesses," he said, adding: "The Dutch government hopes that this apology will help close a difficult chapter for those whose lives were impacted so directly by the violent excesses that took place between 1945 and 1949."

The Dutch government had previously apologized and paid some compensation to relatives of those killed in particular cases, but it has never before offered a general apology for all summary executions.

One of the worst atrocities during the Netherlands' operation was committed in the village of Rawagede in West Java, where Dutch troops killed up to 430 boys and young men on December 9, 1947.

Some of the families of the victims of this and other massacres attended Thursday's ceremony. De Zwaan was scheduled to travel to South Sulawesi next week to meet directly with some of the surviving widows who were unable to attend because of their age and infirmity.

The Dutch government has never prosecuted any soldiers for the killings, even though the UN condemned the attacks as "deliberate and ruthless" as early as 1948.