Netflix to expand in Europe in September | Business| Economy and finance news from a German perspective | DW | 22.07.2014

Netflix to expand in Europe in September

US video streaming portal Netflix has announced it will launch its services in an additional six European countries in early autumn. The expansion comes on the back of strong revenue growth and rising subscriptions. 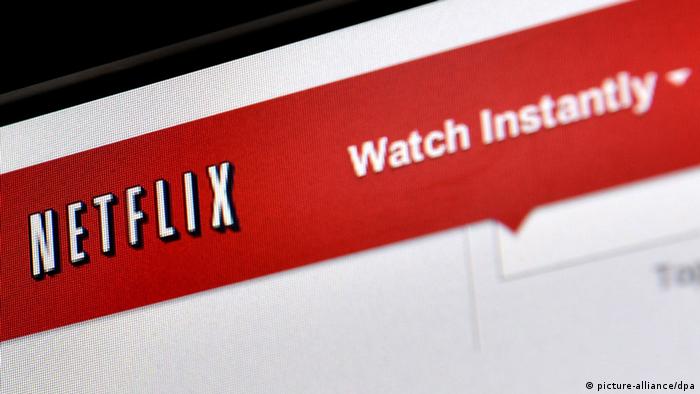 As Netflix released its second-quarter earnings report on Monday, the California-based online video service announced it was planning to launch in Germany, France, Austria, Switzerland, Belgium, and Luxembourg in September.

Netflix, which already runs video-streaming services in Great Britain and several Scandinavian countries, said the expansion was part of the company's drive to reach its long-term goal of 100 million subscribers globally.

By the end of June, the company had 36.2 million subscribers in the United States and another 13.8 million customers in about 40 other countries, Netflix said in its report for the April-June period.

"Our broad success from Argentina to Finland has convinced us to further invest aggressively in global expansion," Chief Executive Reed Hastings and Chief Financial Officer David Wells said in a statement.

They also said the European expansion would add expenses and likely result in a "consolidated contribution loss" of $42 million (31 million euros) for the international segment in the third quarter.

In the second quarter, Netflix posted a net income of $71 million, equivalent to $1.15 per share - an increase by more than 50 percent compared with the same period last year. Revenue rose to $1.34 billion from $1.06 billion.

The company, founded in 2007 as a DVD-by-mail service, attributed its good result partly to the release of its prime attraction, the "Orange Is The New Black" series. The series, which is set in a women's prison, received 12 Emmy Award nominations, and Netflix released all 13 episodes simultaneously. Its second season had already become the company's most-watched series after the June 6 release, Netflix said.

Netflix's earnings in the second quarter are likely to allay fears of falling growth after the company hiked its monthly subscription fee from $1 to $9 in May.