The true story behind 'How to Sell Drugs Online (Fast)'

From his parents' home in the eastern German city of Leipzig, a teenager single-handedly — and successfully — ran a profitable drug business. Netflix has the true story. 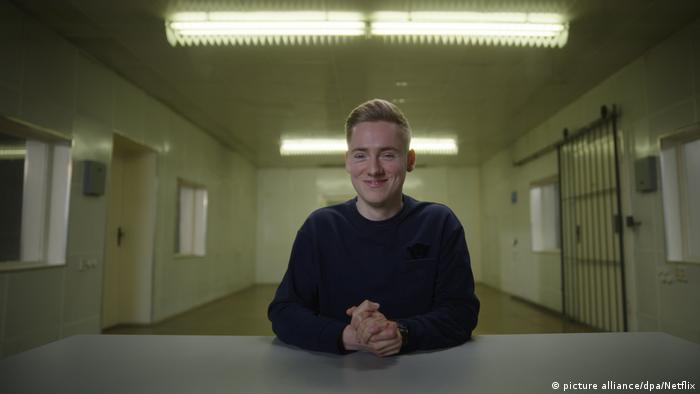 Teenagers dealing drugs online — that is a story Netflix tells in the award-winning series How to Sell Drugs Online (fast). The third season just went online last week. The creators were inspired by the case of a real-life German teenage drug lord: Maximilian Schmidt.

Netflix followed up the hit series with a documentary about the young man that has just aired — Shiny_Flakes: The Teenage Drug Lord. The film reveals how, at the age of 18, Schmidt built a veritable drug empire he named Shiny Flakes from his childhood bedroom in 2013. His family was totally unaware.

"At the very beginning I was nervous about it," Schmidt says in the film, he remembers he would do something and fear that "boom, the police will come." 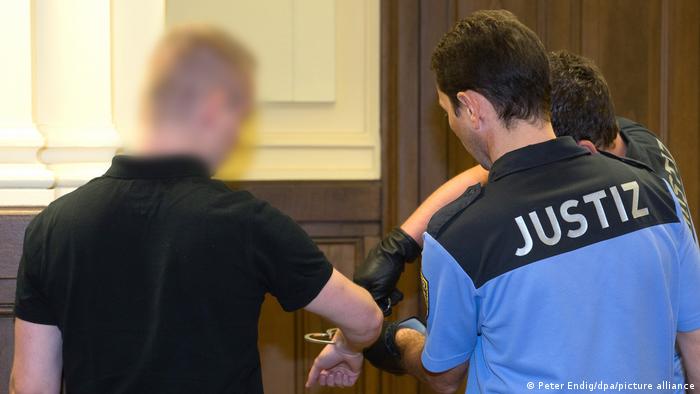 In 2015, Schmidt was sentenced to seven years in juvenile detention

German director Eva Müller accompanied Schmidt for several years. Her team painstakingly rebuilt his childhood bedroom, down to the exact same furniture and bed linens he used to have. She had him reenact scenes, chat with make-believe suppliers, pack pink pills that were in reality candy in baggies. She spoke to him, interviewed his defense attorney, the prison director, the public prosecutor and Schmidt's psychological expert.

In an email conversation with DW, Müller said the idea of the film was to look for answers to the question: How does a young person, who has never been criminally conspicuous, turn into a criminal sitting in front of his computer at home?

For over a year, Schmidt sold more than 900 kilograms (about 1,200 pounds) of hash, cocaine, ecstasy, LSD and prescription drugs, according to media reports. The young man shipped these by mail around the world, effectively using the mailmen as his unsuspecting couriers.

It was a highly professional business: payments were made in advance the orders processed and shipped, "except instead of shoes, it was drugs," Schmidt said. In fact, he ran his own kind of Amazon for almost all drugs, said defense attorney Stefan Costabel in the film. 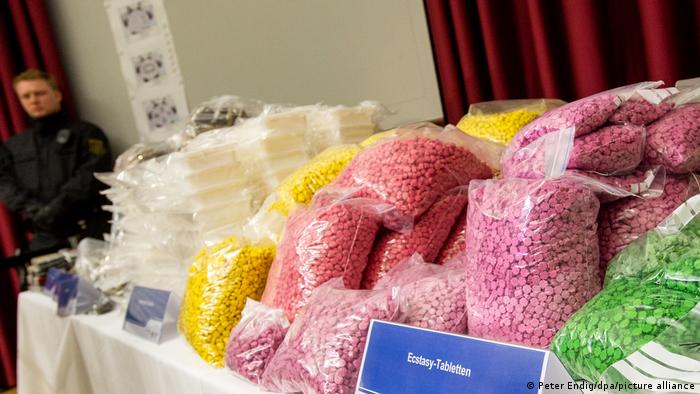 Police found heaps of drugs in the young dealer's room

Schmidt even had customer ratings, one of which he reads out loud in the film: "Two of my teeth fell out right away, this stuff really f***s you up." Seemingly satisfied, Schmidt grins, looking quite pleased with himself.

In fact, this is also what the legally appointed psychologist said of Schmidt, said director Müller. "The psychologist, who wrote a report on him during the trial, said about Maximilian Schmidt, 'I experienced neither regret nor guilt, but pride instead.'"

Müller also said  Schmidt was happy to tell everyone his story, otherwise he wouldn't have agreed to the film in the first place. That is also the reason why she made sure she spoke to the police, lawyers and other people involved in the case for a balanced perspective.

In one scene, Müller asks Schmidt whether his conscience never bothered him at all, because he was to blame for getting people hooked on drugs. The answer was no: if people didn't buy from him, they would get their drugs elsewhere. And customers apparently simply found him via a Google search. "This is crazy," said Schmidt. "In a positive sense."

Several undeliverable drug packages eventually led investigators to Schmidt, according to German media reports. In February 2015, police arrested the young man, who was 20 at the time, in the Schmidt family's apartment in Leipzig, seizing 320 kilograms of drugs worth several millions of euros.

Schmidt was sentenced to seven years in juvenile detention. Four years later, in 2019, he was released from prison.

According to Redaktionsnetzwerk Deutschland, a German joint corporate newsroom, Schmidt is under investigation again for selling illegal narcotics after his release from prison — though this time probably not alone. This point is also raised in the film by Petric Kleine, chief of the State Criminal Police Office (LKA) in Saxony.

Director Eva Müller also said her crew was aware of the fact that Schmidt was someone who didn't hesitate before committing a serious crime. Regardless, she's happy how the film has shaped up, also because it was difficult to visually depict a crime that took place online.

"I think we have been successful in showing an online crime in an exciting, entertaining and enlightening manner," Müller said.

This article was updated on August 4, 2021 to include statements by Eva Müller, who directed Shiny_Flakes: The Teenage Drug Lord.