California-based video service Netflix has surprised analysts by posting better-than-expected third-quarter results. The company said its user base had expanded considerably over the past three months. 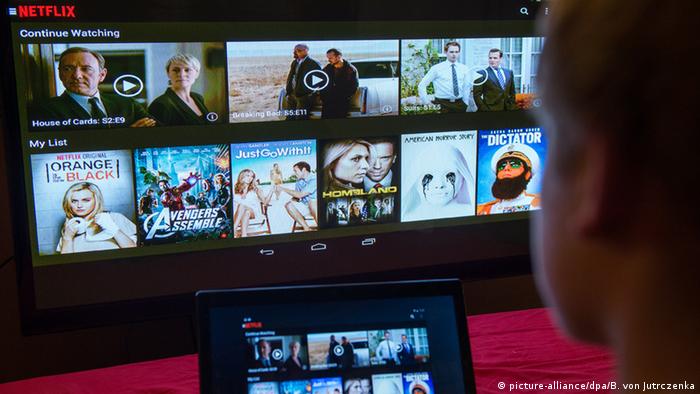 Perhaps most impressive is Netflix' expanding user base, with the firm adding 3.57 million new clients globally in the third quarter alone.

Netflix CEO Reed Hastings said the rapid rise in user numbers had first and foremost been attributable to what he called attractive in-house productions such as "Stranger Things."

Most of the new clients came from abroad, Hastings pointed out, saying that only 370,000 were added in the United States. The company now has a total of 47.5 million users in the US and 39.25 million abroad.

While boosting its business in most regions of the world, Netflix said it had put on hold its plans to conquer the Chinese market, citing big regulatory hurdles and drawing from the experience of Apple and Disney, which had seen their movie services stopped by Chinese authorities.