Neo-Nazis rally in Dresden ahead of war anniversary | Germany| News and in-depth reporting from Berlin and beyond | DW | 11.02.2017

Neo-Nazis rally in Dresden ahead of war anniversary

Neo-Nazis and their opponents have rallied in the city of Dresden ahead of the anniversary of the city's destruction in World War II. Police warned that there could be legal steps taken against one of the neo-Nazis.

Hundreds of neo-Nazis descended on Dresden on Saturday, two days ahead of the anniversary of the destruction of the city by Allied forces in World War II.

In front of about 200 right-wing extremists, convicted neo-Nazi and Holocaust denier Gerhard Ittner declared himself to be a "national socialist" and glorified Nazi ideology as a "model for the whole world." Police announced on Twitter that his comments could have legal repercussions. Denying the Holocaust is a crime in Germany.

Ittner is a notorious neo-Nazi in Germany who has in the past been convicted of multiple crimes, including sedition. After fleeing the country in 2005, he was captured in Portugal and deported to Germany to face one-and-a-half years imprisonment.

The neo-Nazis faced opposition from protesters who attempted to block the path of the two marches, but the rallies passed mainly peacefully. Local media reported that Mayor Dirk Hilbert participated in opposition to the neo-Nazis, with newspaper "Sächsische Zeitung" quoting him as saying, "The 13th of February has been abused by neo-Nazi demonstrators for many years." 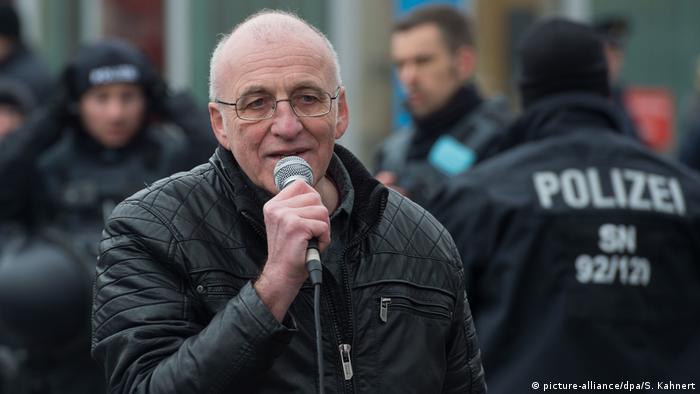 Saxony police reported that 1,300 officers were deployed from multiple regions to deal with the protests. Police Commissioner Horst Kretzschmar said he was "particularly pleased that the day was peaceful."

The baroque city was destroyed by three days of air raids beginning on February 13, 1945, which left it leveled and burning.  Up to 25,000 people lost their lives, but right-wing extremists often inflate that number.

Dresden is often a focal point for neo-Nazi activity.