The number of websites with right-wing extremist content has reached a record high. In the course of the last year, 1,872 neo-Nazi websites were logged in Germany, over 800 more than five years previously. 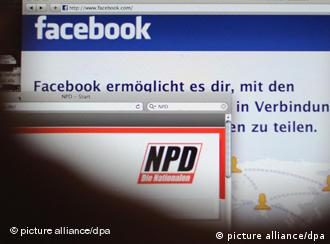 Right-wing extremism on the Internet is on the rise. The number of neo-Nazi networks has tripled within a year to 90, according to the German youth protection organization, jugendschutz.net. 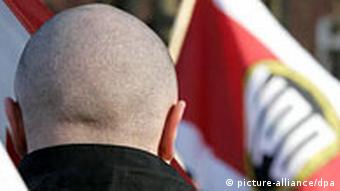 The number of NPD websites is up 30 percent

The number of websites from the NPD (the right-wing German National Democratic Party) rose 30 percent to 242. The extremists are even spreading their message via social networking communities like Facebook, and video sharing platforms such as YouTube.

The content is invariably xenophobic, anti-Semitic and racist. The form it takes varies: some sites rewrite children's songs into neo-Nazi anthems, others call openly for violence. Often it can be hard at first glance to tell the ideology behind the content.

How to tackle the problem?

Up to 10,000 internet users access neo-Nazi blogs and platforms every day according to jugendschutz.net. The organization is now working to combat the problem by raising awareness among young internet surfers.

Jugendschutz.net also targets the sites themselves, and has succeeded in banning four out of five cases of offensive content. Stefan Glaser is head researcher for right-wing activities at the organization. He is pleased with the success of this strategy, which relies on international partners to ban content.

"If we in Germany have a case that is based in Hungary or Romania, or has a provider that we cannot access, where there may also be language barriers, then we will contact our local partners," Glaser explained. "They contact the operator or try to get the content removed from the network via other means." 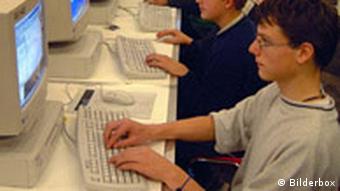 Another resource in the struggle against online neo-Nazism is an online advice forum led by graduate teacher Martin Ziegenhagen. He encourages people to seek advice over problems with neo-Nazis at school, in the workplace or at home. There is a closed chat room for parents worried about their children.

Ziegenhagen says online consultation can be an important factor in a successful turn-around:

"After over two years, a son left the NPD. The fact that the boy's mother survived the two years and has repeatedly dealt with the topic while remaining in contact with her son, that's largely thanks to the online consultation."

The President of the Federal Center for Political Education, Thomas Krueger hopes that the fight against neo-Nazis on the internet will be more focused in the future.

In the wake of a suspected far-right attack on the Passau police chief, DW spoke with the head of the German police union about changes in the neo-Nazi scene. (16.12.2008)