As the NATO summit in Chicago got under way, the 28 heads of state agreed to joint projects, wooed Russia and sought a compromise for France's aim of an early withdrawal of its troops in Afghanistan. 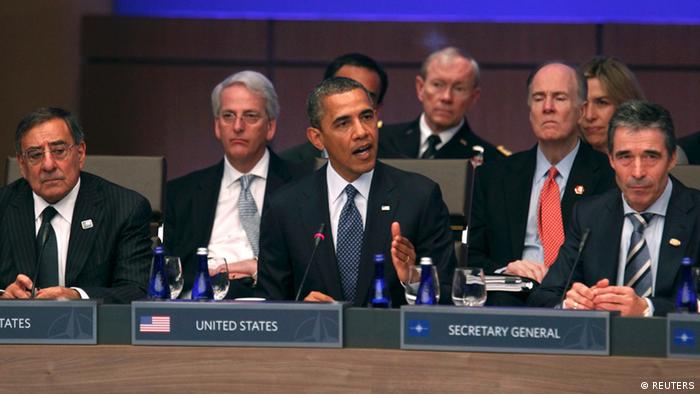 On the first day of its summit in Chicago, NATO has declared stage one of its European missile defense shield "provisionally operational."

"It is the first step towards our long-term goal of providing full coverage and protection for all NATO European populations, territory and forces," NATO Secretary General Anders Fogh Rasmussen told reporters on Sunday.

Specifically, this means that the United States has transferred command of a radar system in Turkey to NATO's command and allowed the alliance to direct the missile defense system stationed on US ships. These ships can also be placed under NATO command. Spain, Turkey, Romania and Poland have agreed to deploy key parts of the U.S. missile defense system on their soil.

The White House says it expects initial operational capability by 2015, while the system will be fully functional in 2018. All 28 members of the alliance will participate in the financing.

The missile defense shield has created tension with Russia, which views the system as a threat. Rasmussen stressed that Russia has no influence on the sovereign decision of NATO's member states but still invited Moscow to co-operate in discussions on the subject. German Foreign Minister Guido Westerwelle also said ahead of the summit that Russia is welcome to work on a joint security strategy for Europe: "The door remains open for Russia." 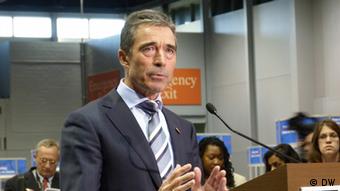 Tension relating to the shield has been particularly strong between the USA and Russia, but a resolution will likely come only after the US presidential elections in November.

NATO representatives signed a contract in Chicago for the purchase of five unarmed drones to be used in a planned Alliance Ground Surveillance system (AGS). It became clear during NATO's operations in Libya that an effective system for monitoring movement on the ground is needed, said NATO Secretary General Rasmussen.

"This will give our commanders the ability to see what is happening on the ground at long range and over periods of time, around the clock, and in any weather," Rasmussen added.

The contract must first be approved by governments in member states before becoming valid.

The missile defense shield and the AGS are examples of NATO's "Smart Defense" strategy, an attempt to increase pooling and sharing of capabilities during times of tight public finances. Rasmussen mentioned a further example: The air space over the Baltic nations is observed in alternating shifts by individual NATO states. That has made it possible for Baltic nations to send their troops to Afghanistan, Rasmussen said, adding that the observation program will continue.

Afghanistan originally stood on Monday's agenda at the summit, but came into discussion Sunday after French President Francois Holland's declaration that he would like to evacuate French forces sooner than planned.

US President Barack Obama said at the event's opening in Chicago, "Just as we've sacrificed together for our common security, we will stand united in our determination to complete this mission."

NATO's military deployment in Afghanistan is slated to end in 2014.

"We would like to see France remain in the ISAF coalition until then," German Chancellor Angela Merkel said, but noted that France removing its forces would not create additional burdens for German troops in Afghanistan. France currently has 3,100 soldiers stationed in the country. 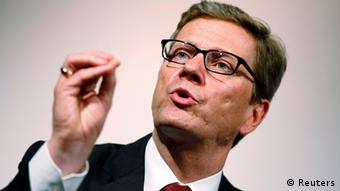 Foreign Minister Guido Westerwelle issued a warning on withdrawals, saying, "a race among Western democracies based on domestic politics would weaken rather than strengthen the war on terror, and all parties should be clever enough to stand by what we have collectively agreed to."

But Germany's foreign minister also made a concession to the campaign promises the newly elected French president made.

"It's clear that there is also some leeway and flexibility for all members, and bridges will be built there," Westerwelle said.

News agency dpa reported that France was able to push through its departure from Afghanistan by the end of 2012, quoting President Hollande as saying, "We have come to a mutual agreement."

In 2013, French soldiers will remain to help train Afghan police forces and the army, Hollande was reported to have said.

Demonstrations at the summit

Pakistan's government has not yet acceded to calls to reopen major roads to NATO convoys following its blockage of the routes at the end of last year after 24 soldiers were killed in US air strikes. Rasmussen remained optimistic on the issue.

"I do hope that we will see a reopening of the transit routes in the very near future," he said.

Demonstrators have protested at the summit in Chicago, including former European Parliament member and peace activist Tobias Pflüger, a member of the national committee of Germany's Left Party. Pflüger has called for NATO's withdrawal from Afghanistan and opposes the missile defense shield.

"It is superfluous, dangerous, expensive and must be stopped immediately," he said. 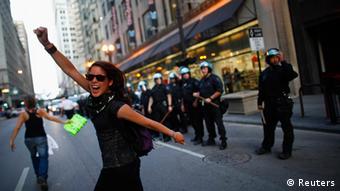 NATO organizers said that around 15,000 people gathered in Chicago's Millennium Park and then marched through the inner city. Pflüger hailed the number of participants as a sign that the protest movement is growing in the USA, adding that the Occupy movement, in particular, offers valuable lessons.

The Occupy movement as role model

The Occupy movement's slogan, "We are the 99 percent," was prominent in the protests. 51-year-old Lee Sustar has worked on social justice causes for 30 years and said he was pleased to see so many young people among the protestors.

"Ultimately, it's about the question of whether our economy will serve the 1 percent, the bankers and generals who are out to preserve their interests, or the working population - both here at home and worldwide."

Thirty-three-year-old social worker Allison took part in the protest and said, "The money being given out here for the NATO summit should be used instead to prevent the closure of a local hospital for mentally ill patients and to support the middle class."

Protestors' signs bore slogans like "US-NATO out of Afghanistan" or "Make books, not bombs." Many demonstrators called for an end to drone strikes in Pakistan. The demonstration remained largely peaceful over the course of several hours before concluding near the strictly controlled NATO conference.

Three thousand police offers were on duty and made several arrests. Three men were taken into custody ahead of the summit, charged with planning attacks near the conference site, including at police stations and at the mayor's residence.

The future strategy for Afghanistan is the main item on the agenda at the NATO summit in Chicago. But French President Francois Hollande's plan to withdraw troops earlier than planned does not suit the allies. (20.05.2012)

'The most critical issues are not on NATO's agenda'

On Afghanistan and missile defense NATO risks taking a wrong turn at its upcoming summit, a former US ambassador to the alliance tells DW. And, he adds, the most crucial issues didn’t even make it on the agenda. (15.05.2012)

Amid mounting financial pressures on its members, NATO wants to become more efficient and increase its internal cooperation. But what the alliance calls its Smart Defense concept faces many obstacles. (15.05.2012)